At the Knife River Indian Villages National Historical Site, there are the visible remains of earth-lodge dwellings, cache pits and travois trails. The remains of the earth-lodge dwellings can be seen as large circular depressions in the ground. These dwellings were as large as 40 feet (12 m) in diameter. Many were once large enough to house up to 20 families, a few horses, and dogs. The dwellings were constructed at ground level. As the dwellings were abandoned the walls and roof collapsed and created the visible outer circular rim. Sakakawea (Sacagawea) lived among one of the villages of the Knife River. The presence of Sakakawea and her son on the expedition was extremely crucial to the safety of Lewis and Clark and their party. Other tribes encountered during the expedition did not feel threatened by the party. This is due to the fact that war parties did not allow women and children to accompany them. The Knife River Villages served as an important major central trading and agricultural area. The Native Americans served as middlemen in the trading business, stretching from Minnesota, to the Great Plains of the south to the Pacific west coast. Their trading business largely consisted of furs, guns, and metals such as copper. 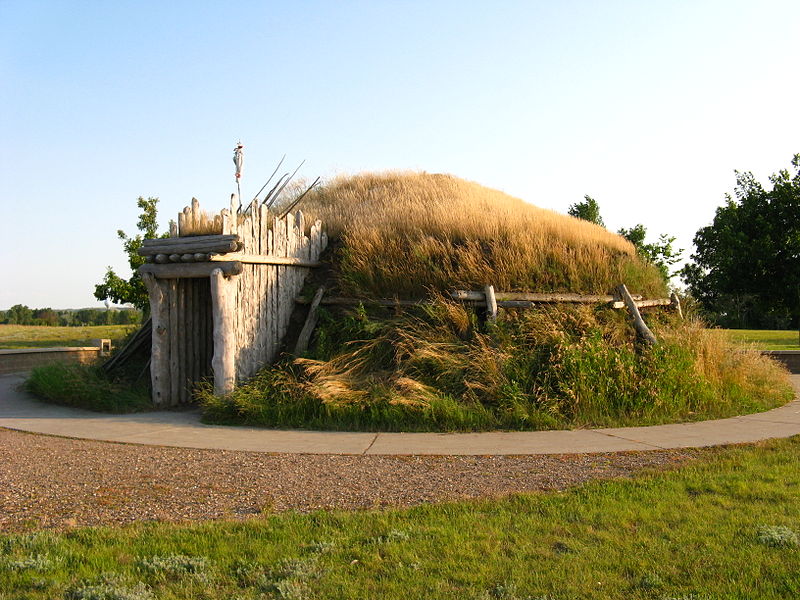