Named in honor of university donor and hotel magnate J. Willard Marriott, this arena became the largest stadium built to host college basketball games when it opened in 1971. Prior to the completion of the Marriott Center, the university's basketball teams hosted games at the George Albert Smith Fieldhouse which is now used for volleyball and a variety of university events. The Marriott Center is also used to hold weekly religious devotionals known as firesides, and in 1993, one of those devotionals nearly turned tragic when LDS church president was threatened by a member of the audience who claimed to have a bomb in his possession. Hunter refused to accede to the man's demands, and the student body echoed the church leader's calm but determined demeanor. 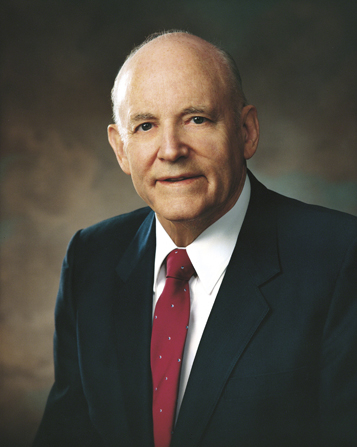 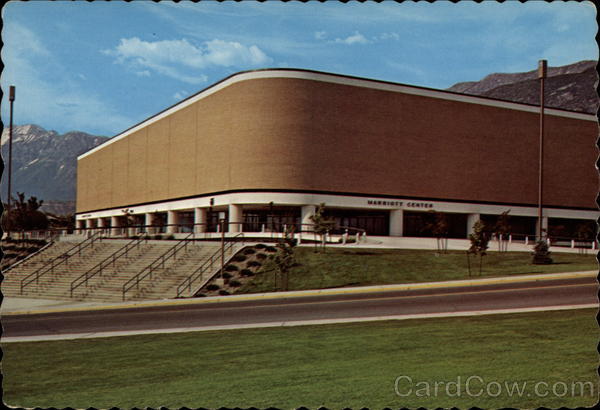 Before LDS Apostle and President of the Quorum of the 12 Apostles, Howard W. Hunter,  (became President of LDS church in 1994) was to give a fireside address at the Marriott Center at Brigham Young University, a member of the church, Cody Judy, interrupted proceedings by declaring he had a bomb in a suitcase and would let no one leave until Hunter read Judy's demands over the pulpit. Hunter refused to do so and Judy was taken down by students and security.

While preparing to speak at a CES Fireside being held at Brigham Young University's Marriot Center on February 7, 1993, Hunter was confronted by Cody Judy, who rushed onto the rostrum and threatened Hunter and the audience of 15,000 to 17,000. Judy, a member of the church from Bakersfield, CA, carried a briefcase that he claimed contained a bomb and held what appeared to be a detonator-like device. Judy demanded that Hunter read a three-page document that supposedly detailed God's plan for Judy to lead the church, which Hunter refused to do. The Fireside was being filmed as proceedings started. As soon as Judy began to declare he had a bomb, the filming stopped. The audience spontaneously sang "We Thank Thee, O God, For A Prophet", during which students from the audience, and then security personnel, overtook Judy. After Judy was taken away, Hunter delivered his prepared remarks, a talk entitled "An Anchor to the souls of Men." The 'bomb' was really a suitcase filled with books and a radio. By his declaring he was fulfilling prophesy during the hostage situation, Judy had to go through a program for the mentally ill.

Judy was released from prison after serving 8 years and attempted to run for a seat in the US House of Representatives in 2002. Judy later attempted to sue the Obama Administration over allegations of religious persecution, and also ran for President in 2016 as a "Conservative-Independent-Democrat."Judy's status as a member of the church today is unclear.