Settlement in Texas in the mid-18th century involved significant hardship. As white settlers from the East moved into the Texas territory, they met with harsh weather, sometimes hostile Native Americans, disease, and much more. In addition to military forts, some of the first establishments in Texas came from trading posts, and Waco can trace its history to the Barnard Trading Post. Back in 1844, the Barnard Trading Post was one of the first commercial ventures in Waco. As a branch of the famous Torrey Trading Posts, the Barnard Trading Post formed an essential component of Sam Houston’s mid-19th century peace policy. The post traded in deer and buffalo hides, gunpowder, lead, colored beads, blankets, and many of the other items typical to a trading post. This celebrated, historic establishment continues to symbolize the peace between settlers and the native Wacoans, while celebrating the frontier spirit of early settlers and entrepreneurs. 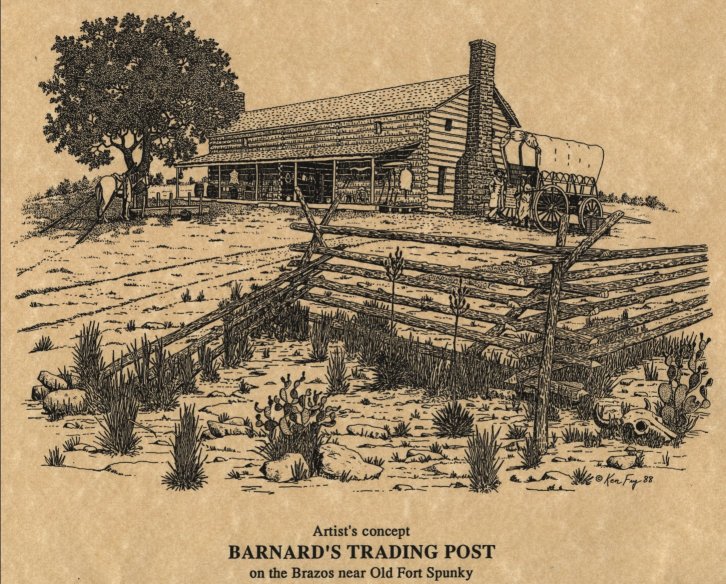 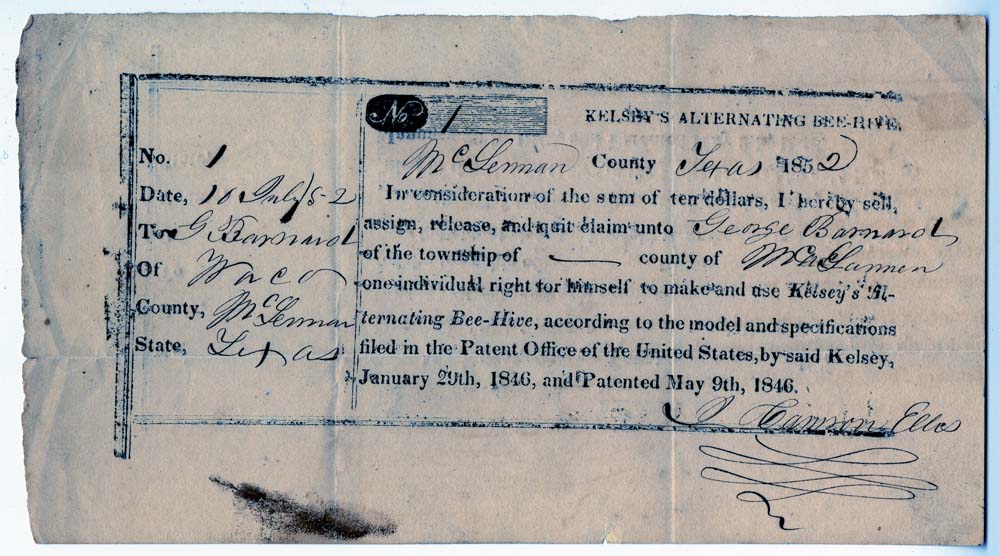 The remains of Barnard's Trading Post as it is today

History of Barnard's Trading Post and the Birth of Waco

Although the Barnard Trading Post was only in operation for about 10 years, its historical value to the growth of early Waco was substantial. The post can be traced back to the founding of the Torrey Trading Houses in Houston in 1838.

In 1844, George Barnard, a 26-year-old native of Connecticut, and his brother moved to the area around Tehuacana Creek so that they could operate a new Torrey post being built there. This move to Tehuacana Creek marked the first arrival of white settlers in the Waco region.

Immediately after opening in 1844, the trading post developed a trustworthy and beneficial relationship with the local natives, and the supplies the sold were highly attractive to the Wacoan tribes. These supplies included gunpowder, lead, bullets, hatchets, refined bear’s oil, dress combs, and even tobacco and whiskey. According to records collected between 1844 and 1853, the handled more than 75,000 deer hides as well as bear, buffalo, and beaver furs.

By 1849, five years after the post opened, George Erath and Jacob Cordova began plotting Waco Village, and in 1851, Barnard bought some land in Waco and moved his inventory in the young Village. Six years later, in 1857, Barnard then sold the rest of his business to Fox and Jacob’s, the first Jewish merchants in Waco.

The reasons as to why Barnard moved the business into and then subsequently may be due to the US military’s forced removal of Native Americans in the area. This removal also eliminated Barnard’s most prominent clients, and the trading post was most likely a controversial business among other white settlers (who were arriving in large numbers) as Barnard sold weapons and alcohol to the Native Americans.

The last buildings of the trading post stood throughout the rest of the 19th century, but in 1929, they succumbed to fire.1