The Waco Mammoth National Monument is an internationally renowned paleontological site that includes the remains of twenty-five Columbian mammoths found on the outskirts of the city. These mammoths drew international scientific recognition to the site and the city, and the five-acre mammoth discovery site has also unlocked a deeper understanding of Texas environmental history. The discovery of the mammoth remains dates to 1978, when two hikers, Paul Barron and Eddie Bufkin, stumbled upon a bone while searching for fossils and arrowheads. Barron brought the bone to the Strecker Museum at Waco’s Baylor University, and officials from the museum soon discovered the remains of several animals in the riverbank. Between 1978 and 1980, archaeologists and volunteers uncovered five Columbian mammoths. Four years later, the team uncovered a total of fifteen mammoths. In 2009, one of the sites containing a bull, a female, a camel, and two young mammoths opened to the public. In July of 2015, President Obama named the Waco mammoth archaeological site as a national monument, placing management of the attraction under the National Park Service and giving it federal protection. 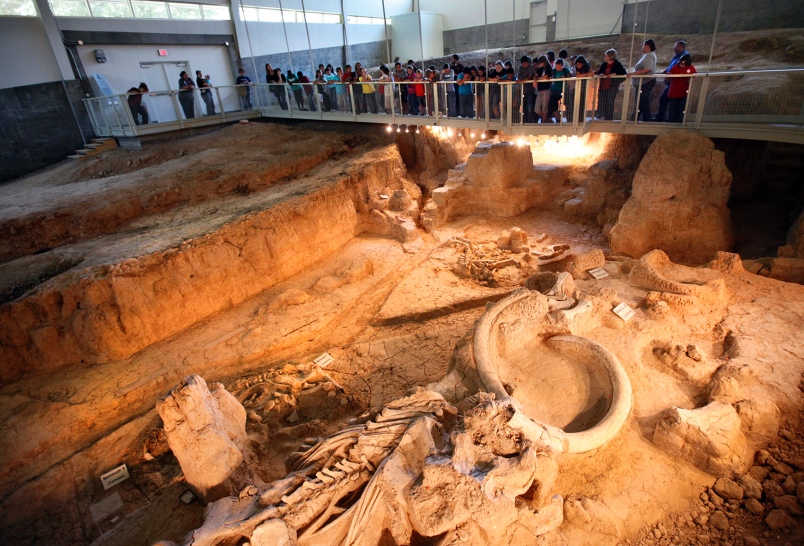 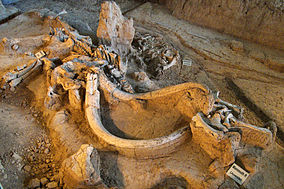 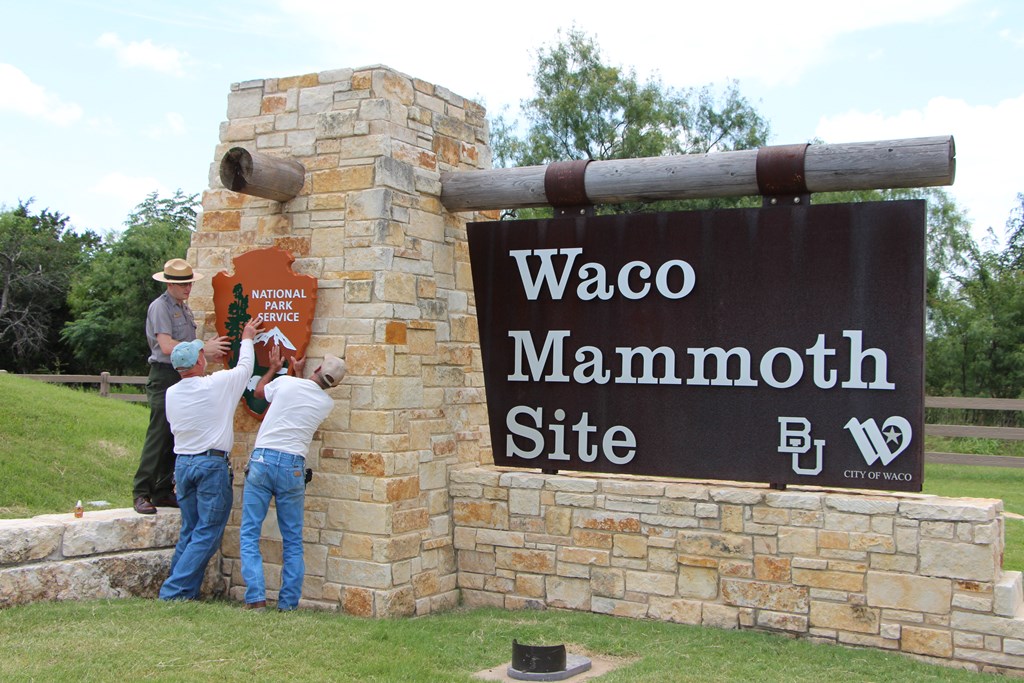 The story of the Waco Mammoth National Monument begins in 1978 with two hikers, Paul Barron and Eddie Bufkin, who were searching for fossils and arrowheads along the Bosque River. Instead of arrowheads, they found a large bone, which the Strecker Museum at Baylor University identified as a Columbian Mammoth bone. The find instantly sparked intrigue throughout the university, and a team of researchers and volunteers immediately began excavating the site.

Between 1978 and the 1997, using hand tools such as brushes and bamboo scrapers, researchers and volunteers uncovered twenty-four Columbian mammoths, the remains of a camel, the tooth of a saber-toothed cat, and a large male bull. During this time, a lack of funding prevented large scale excavation, and the discovery of the mammoths is largely due to funding from the Cooper Foundation. However, even before moving sixteen mammoths to the Strecker Museum in 1990, the Waco site was internationally known, and renowned anthropologists often visited the site.

Private excavation continued until 2009, although the City of Waco had been developing proposals to turn the site into a public park since 2006. Congressman Chet Edwards also introduced legislation in 2006 to make the Waco site a national park, though the legislation failed at the time.

In 2009, the Waco Mammoth Site opened to the public under the management of the Waco Parks and Recreation Department.

The paleontological significance of the Waco site is clear - Columbian Mammoths were one of the last mammoth species and they inhabited North America during the Pleistocene epoch. They also coexisted with Paleo-Americans. Furthermore, the site is the only recorded discovery in the US of a nursery herd of Columbian mammoths.

Another important aspect of the Waco site is the environmental and historical clues left by the mammoth remains. For years, scientists could only speculate on the cause of death for the mammoths, and geologists believed that a flash flood thousands of years ago killed the nursery herd. Research from Baylor University, however, points to three separate events that killed the animals at the site. The first was a flash flood from 65,000 years ago that killed nineteen mammoths and a camel. A second flood trapped the saber-toothed cat and an unidentified animal, and a third flood trapped a bull, a female, and a juvenile mammoth [1].

Visitors to the Waco Mammoth National Monument can enjoy guided walking tours through the site. These tours last anywhere from 45 minutes to an hour. The guided tour takes visitors to the Dig Center, where several mammoth fossils are in situ, and visitors get to learn about the Ice Age, the discovery of the fossils, and why the Waco site endures as one of the most important paleontological sites in North America [2].