Built in 1816, Fort Crawford was created as apart of orders to protect the Prairie du Chien from future invasion. It stood on the location where Fort McKay was when it was occupied by British forces after they captured Fort Shelby during the War of 1812. After the U.S. Army pushed back against Britain, the troops vacated Fort McKay and burned it to the ground rather than give it up to America. Fort Crawford was actually two forts and the one that replaced Fort McKay was the first one. The second fort was built in 1832 and occupied until 1856. The second fort is a National Historic Landmark and also placed on the National Register of Historic Places. Fort Crawford Museum is operated by the Prairie du Chien Historical Society and is housed within the reconstructed hospital building that was once apart of Fort Crawford. The Fort Crawford Museum stands where the second fort was located. It displays exhibits and preserves the history of Prairie du Chien and the important medical advancements achieved by the fort's doctor, William Beaumont, who conducted 56 experiments on the human digestive system. His work proved invaluable for our understanding of the human digestive system.

The foundations of the first fort with a reconstructed blockhouse in the background. The foundations are located just north of the Villa Louis house. 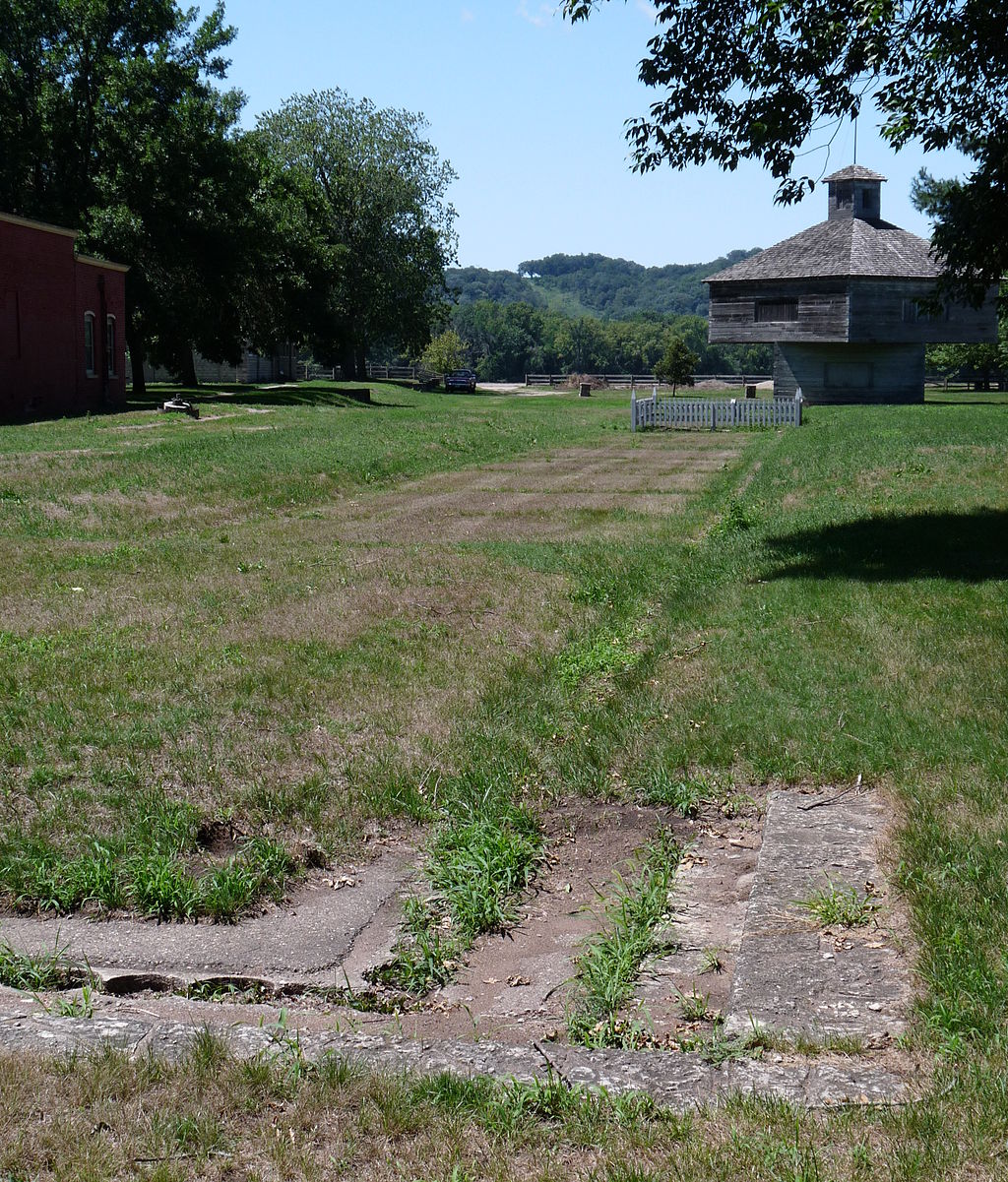 Painting of the second fort

Prarie du Chien was an important strategic location during the 18th and 19th centuries. It was already a center of fur trading between European, mostly French, traders and Native Americans. The Mississippi River and the Wisconsin River met here and traveling on the water was the best means of getting around and shipping goods and materials to other parts of the country. The Mississippi River provided a way to travel from Canada to the Gulf of Mexico and the Wisconsin River allowed travel eastward towards the Atlantic through the Great Lakes. It was also occupied by U.S. Armed Forces and is where they established Fort Shelby before the War of 1812.

During the war, the British forces captured Fort Shelby and renamed it Fort McKay under their control. After a push back from the U.S. Army, the British left the fort and burned it down to prevent American troops from capturing it. The first Fort Crawford was built on the same location and was made of wood. The river, however, regularly flooded the fort which rotted the wood and troops became sick as a result. The second Fort Crawford was built on higher ground and made of limestone which proves to be a better alternative. The troops's primary role at both forts was to serve as peacekeepers between the white settlers and Native Americans. It was also here that they would protect Prairie du Chien from future invasion in other wars.

The second fort would be abandoned in 1849 and then reoccupied in the mid-1850s. American troops were again stationed there due to a rumor of a potential uprising from Native Americans occupying the land around the fort. Despite the heavy rumors, the Native American tribes remained peaceful. The troops deemed them no threat and left in 1856 for the final time. The fort saw use again during the American Civil War as a hospital for the Union Army and housed part of the Swift United States Army General Hospital.

Between 1856-1933 (except for the Civil War years), Fort Crawford saw no use from the military. In 1933, the Daughters of the American Revolution worked on reconstructing part of the fort’s hospital. They also cleared away other parts for later development by other groups. During the 1960s, the hospital was converted into a medical museum named the Fort Crawford Museum of Medical Progress. It featured displays by Dr. William Beaumont and other advancements made in the world of medicine. It was owned by the Wisconsin Medical Society before closing down in 1995.

The Prairie du Chien Historical Society bought the museum and turned it into a museum of local history of the fort. It would be renamed the Fort Crawford Museum. Despite the medical museum’s closure, some displays are still kept in the fort’s hospital area. The fort hospital was designated as a National Historic Landmark in 1960. It was also placed on the National Register of Historic Places six years later.