The Las Vegas Natural History Museum (LVNHM) is located in downtown Las Vegas, Nevada. It is a nonprofit natural history museum focusing on numerous aspects of natural history, putting forth displays and exhibits on subjects such as prehistoric man, dinosaurs, and even an Egyptian exhibit. The LVNHM strives to inspire those who visit and allow them to better themselves through an appreciation and understanding of the natural world. 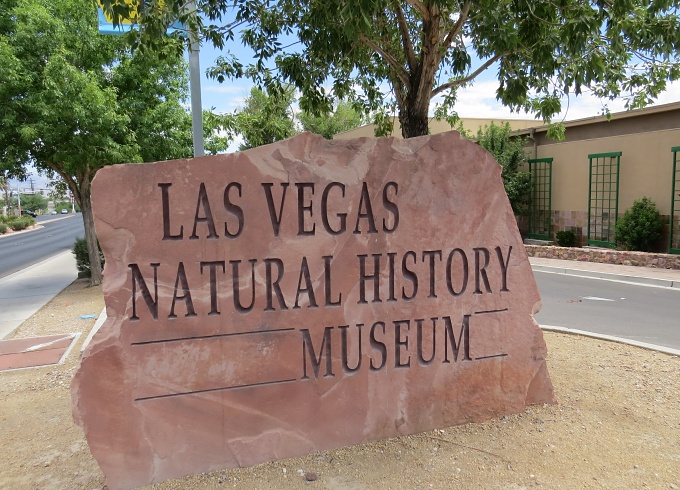 Before 1990, the Las Vegas area was host to numerous natural history exhibits, all of which were separate at the time. Although all of these resources were available in one form or another, there was a need among a group of like-minded Las Vegas residents for a museum that would allow the community to develop a greater understanding, and also an appreciation, for the natural world and the life that is and was in it. The group quickly came together and discussed the prospect of forming a museum, and in 1989, they brought the proposal before the Las Vegas City Council.

The group proposed that the Las Vegas City Council help with the effort to find a building in which to house the pre-existing natural history exhibits, and the Council agreed to seek out a building. The City Council planned to make a “Cultural Corridor” in the heart of the city, and bought a building in the area in which to house the museum. The City Council decided to lease the building to the museum for a dollar per year, with the stipulation that the museum organization would take care of renovations, upkeep, and other related fees. The Las Vegas Natural History Museum finally was opened to the public in July of 1991, and has since then set its sights on expanding its collection and better serving its community.