This remarkable house was built in 1893 by Dr. John M. Evans, a local physician who was also involved in mining and real estate. Known for its onion dome roof and circular front porch, this Queen Anne Victorian structure is a rare find in Arizona as it is one of two buildings in the city (the other is the Rosson House) designed in this style. The property was restored in 1988 and is one of a precious few examples that remain of Phoenix's frontier days. It was added to the National Register of Historic Places in 1976. Today, the house is the location of the Arizona State Historic Preservation Office. It is not open to the public.

The Evans House in 1940. Courtesy of the Library of Congress 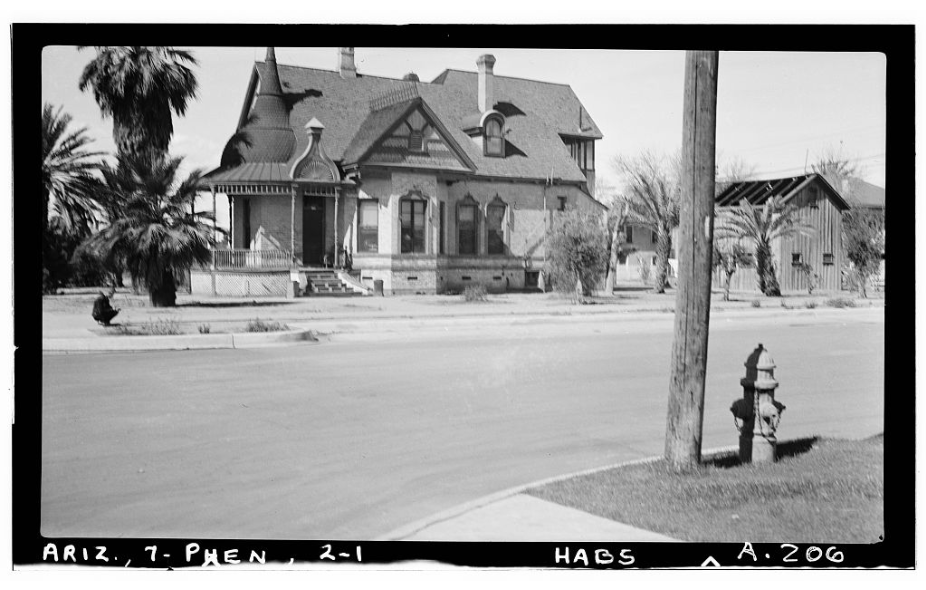 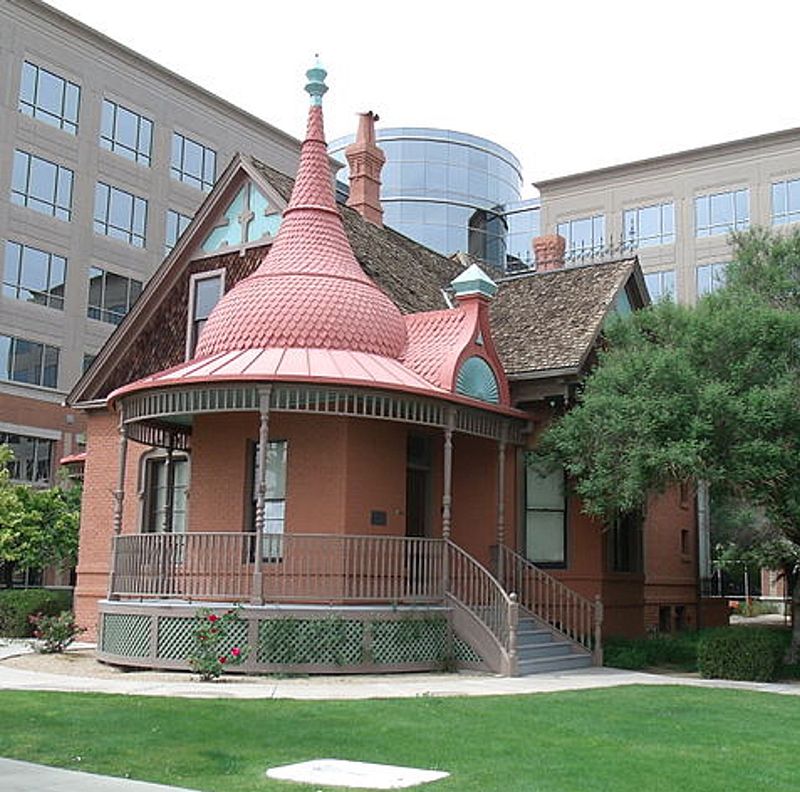 Private ownership lasted until 1981 when the state acquired the property. Besides John Evans, the most notable people to live in the house were Oscar and Virginia Mahoney, who bought the house from Evans. Oscar was the first superintendent of the Territorial Insane Asylum and also served as a city councilman, county coroner, and the superintendent of the county hospital. Virgina was one of four women in the territory at the time license to practice medicine.