Painted Rock Petroglyph Site, approximately 90 miles southwest of Phoenix, Arizona, provides visitors the opportunity to view an ancient archaeological site containing hundreds of symbolic and artistic rock etchings, or "petroglyphs," produced centuries ago by prehistoric peoples. There are also inscriptions made by people who passed through during historic times. Many well- known events in Arizona history occurred near the Petroglyph Site, including the expedition of Juan Bautista de Anza that founded San Francisco, the Mormon Battalion and the Butterfield Overland Mail. Formerly a unit of the Arizona State Park system, jurisdiction of Painted Rock Petroglyph Site reverted to the Bureau of Land Management in 1989.

Example of a painted rock 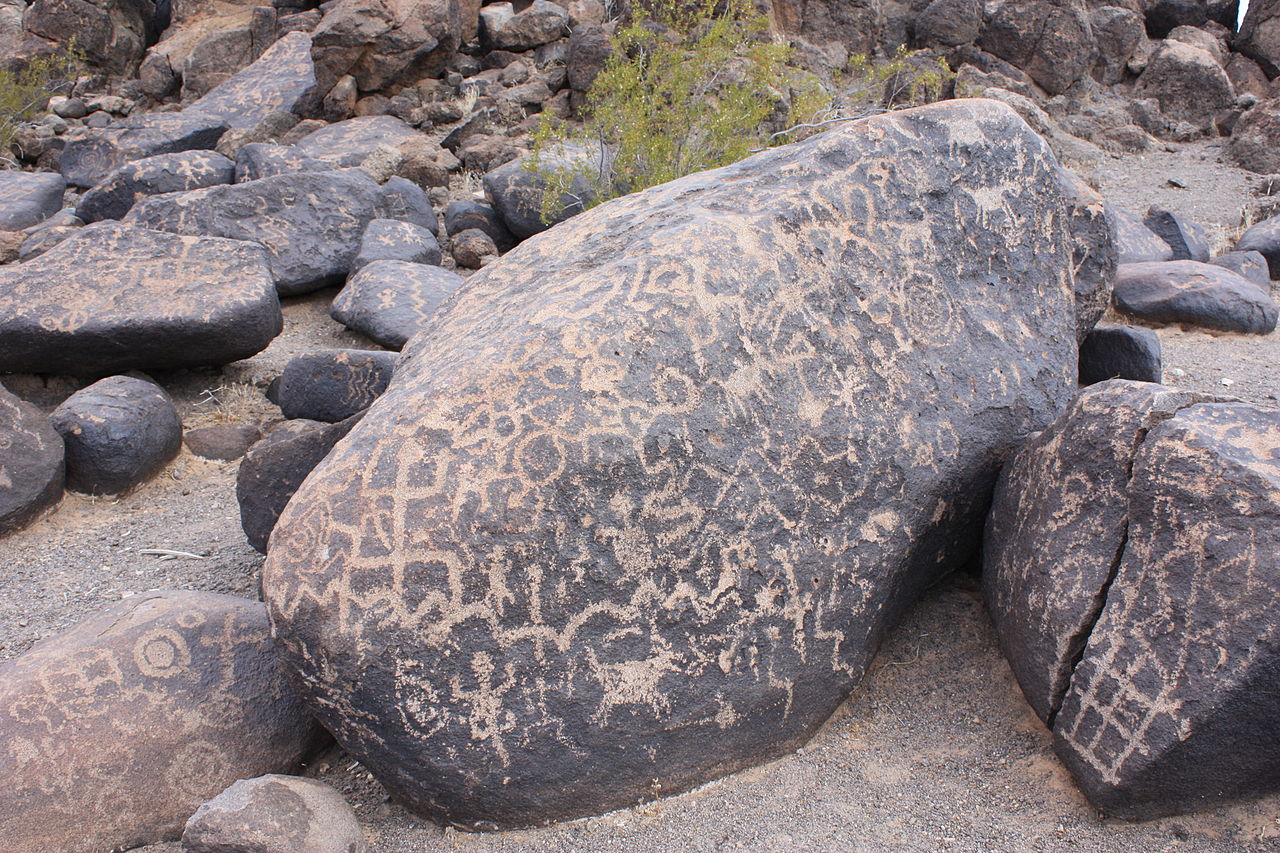 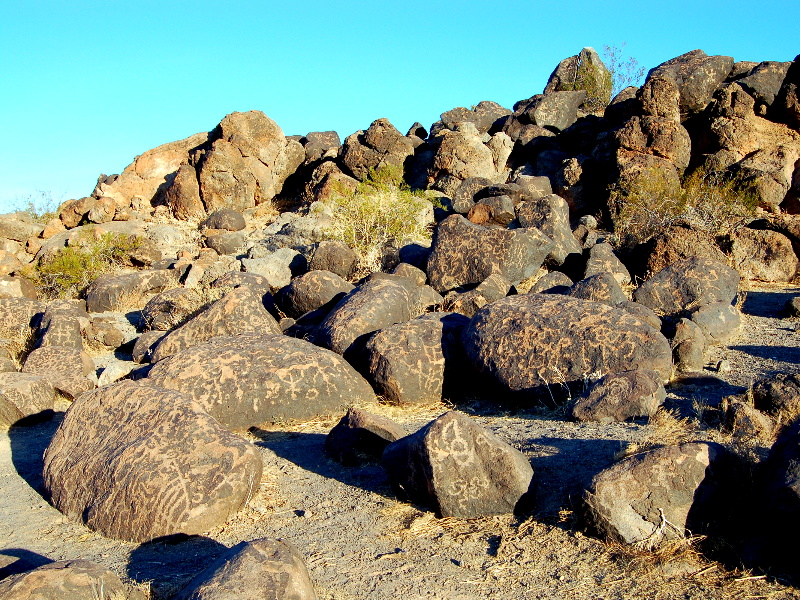 The Painted Rock Petroglyph Site is located on the eastern edge of the Painted Rock Mountains and about eighteen miles west by northwest of Gila Bend, AZ. The area is mostly flat and sandy with May-Oct daytime temperatures in the 100s. The annual rainfall is only about six inches and the nearest irrigational water is the Gila River. In prehistoric times the Gila flowed west out of the mountains of western New Mexico, made a big dogleg turn at the town of Gila Bend and continued west to empty into the Colorado River. The Hohokam people once lived and farmed here. Ruins of their late Pioneer Period (AD 350 - AD 550) and Early Colonial Period (AD 550 - AD 700) villages are found to the north and west, and ruins of their Sedentary - Classic Period (AD 900 - AD 1400) villages are found to the south and east.

Over forty petroglyph sites have been recorded in the area, however; most of these sites are small with only a few dozen petroglyphs. The Painted Rock Site is the largest known site with about 800 images. The petroglyphs are pecked onto weathered basalt boulders overlaying a granite outcrop. The outcrop is in the form of an east to west orientated oval about 400' long, and about 20' tall with two small knob tops. Most of the petroglyphs are concentrated on the boulders along the eastern edge, but the petroglyphs face in all directions from that edge.

Although considered a Hohokam rock art site, Painted Rock is on the extreme western edge of the Hohokam cultural area. As you travel east from Painted Rock the petroglyphs take on more typical Hohokam characteristics, and as you travel further west, the petroglyphs take on more Patayan characteristics. Found here and in nearby areas of the Gila River are petroglyphs of Archaic origin. Painted Rock also bears the inscriptions of historic passers-by. Juan Bautista de Anza passed near here during his 1775-1776 expedition, followed by the Mormon Battalion in the 1840s, the Butterfield Overland Mail and countless numbers of pioneers. During World War II, General George Patton used this area as headquarters for tank training.

Fifteen miles up the Gila River in the Gila Bend Mountains there are similar ancient petroglyphs with stick figures with long, wavy headdresses and solid circles in the middle of their bodies. These are not common in other parts of the American Southwest.