Jefferson residents R.D. Moses and Jack Luck operate this train museum which includes many HO-scale models of engines and rolling stock of the Texas and Pacific Railroad. The museum is located next to the Jefferson Historical Museum and includes a working model train that was relocated from Fort Worth to Jefferson in 2012. The museum is maintained and operated by Jefferson's Cypress Bayou Model Train Club. 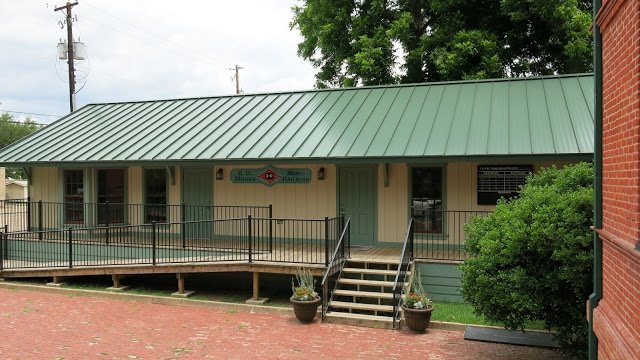 The R.D. Moses Model Train and its layout was inspired by the Texas and Pacific Railway, which was established in 1871 by federal charter and served as a transcontinental railroad connecting Marshall, Texas and San Diego, California.

R.D. Moses was known nationwide for his expertise in model trains. The model train located at the Jefferson Historical Museum, which was featured in the May 2002 Model Railroader magazine contributing to Moses' fame among enthusiasts, was an over 30-year project that he shared with his friend Jack Luck.

According to a publication on East Texas towns, although Moses passed away in 2009, he left an endowment in order to "ensure that his T & P Railway would continue in existence, stipulating that the layout be donated to a worthy, non-profit organization that would continue to maintain and operate the layout for years to come." The Jefferson Historical Society and Museum was chosen as the new home for the model.