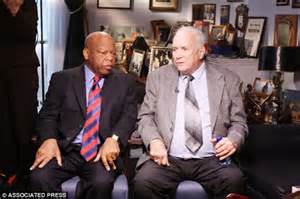 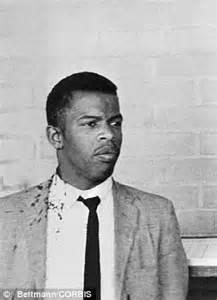 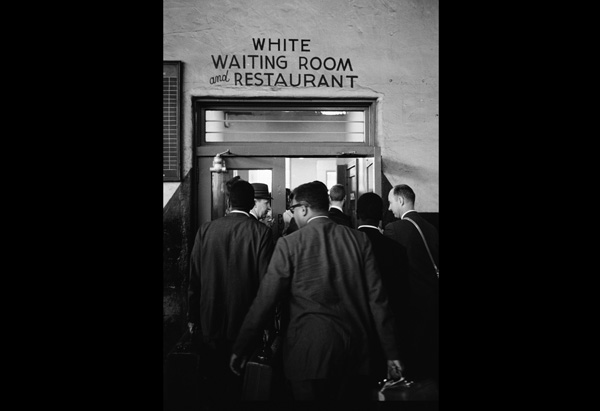 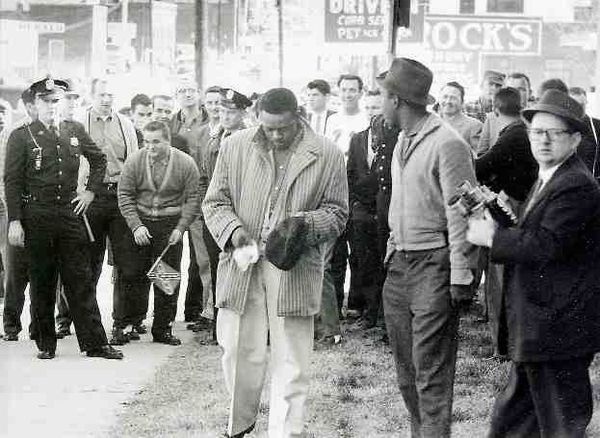 The 1960 Supreme Court Case Boynton v Virginia ruled that segregation during interstate travel was illegal. In order to enforce this right, groups of predominantly Black but also a significant number of white students gathered for what would be known as “Freedom Rides”. The Freedom Ride groups traveled via bus throughout the states of the south, typically crossing south from Virginia to New Orleans.

In 1961 the first group of 13 freedom riders set off from Washington DC. After incident free stops throughout North Carolina and Virginia, the first stop in the deep south occurred in Rock Hill, South Carolina.  Upon arriving in Rock Hill, the 13 students, 6 Black and 7 white, disembarked the bus at a Greyhound stop. John Lewis, one of the Black riders, approached the white only waiting room at the stop. He was verbally accosted before being brutally beaten. Several other riders, including a Black male and one female, were also assaulted, and while police were present they were notably absent from breaking up the assault for as significant period of time.

The group would go on to experience additional trauma and violence throughout the remainder of their journey, but incited a movement that would continue after their ride had ended.

48 years later a man named Elwin Wilson would step forward as having instigated the fight, claiming responsibility of the attack, and subsequently apologizing for the event.

Lewis would go on to become a U.S. Congressman of Georgia. In 2002 he returned to Rock Hill, where he spoke at Winthrop University and was given a key to the city. In 2008 he was asked to speak at a Martin Luther King, Jr holiday observance, and the presiding mayor offered an official apology from the city on behalf of the freedom rider’s treatment during their stop in Rock Hill.