Harding High School opened in 1935 and was named in honor of Harry Harding, the son of a Confederate officer. The school was open to white students only until 1957 when Dorothy Counts and three other black students were admitted to the school. At the end of the 1960 school year, and in response to a growing number of black students applying for admission, the school board decided to convert the high school to a junior high school and build a new school closer to the suburbs. Recognizing the intent to maintain segregation, local civil rights leader Reginald Hawkins launched a boycott of the school. The school board had recently passed a policy that allowed students to apply for admission at nearby schools as their response to Brown v. Board. Rather than integrating schools directly, this policy allowed for "gradual" and "voluntary" integration. Hawkins and other African Americans exposed the hypocrisy of the board's actions by pointing out that formerly all-white schools near black neighborhoods tended to close when black students applied for admission. Just as had occurred at Harding, Charlotte school officials converted the former white school into a school with a predominantly African American student body and build a new school in the suburbs to replace the white-only school. 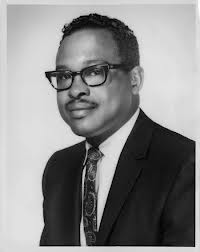 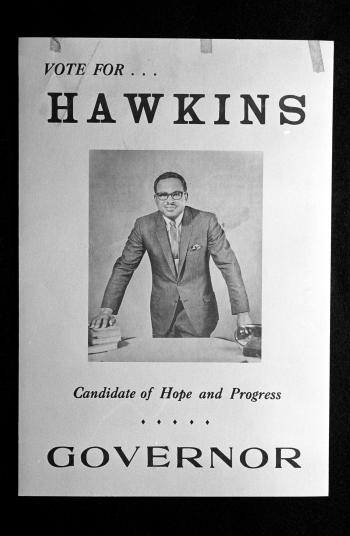 This photo of Dorothy Counts walking calmly while white parents harass her on her first day of school in 1957 demonstrated the sentiment that led to the closure of Harding High four years later. 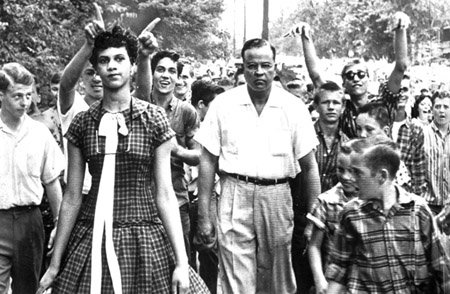 Dubbed as "North Carolina's most important Civil Rights activist", Reginald Hawkins may have a less recognizable name in the Civil Rights movement then powerhouses such as Martin Luther King, Jr. or Rosa Parks, but he played an important role in the process.  A significant figure in Charlotte's Civil Rights history, Hawkins is responsible for the development of an important organization, and a political history unlike many others.

With a degree from Howard University, Reginald Hawkins quickly became one of North Carolina’s most powerful activists in the turbulent days of the Civil Rights era. Often characterized as belligerent and militant, Reginald Hawkins was a strong advocate for the use of media to display to the country the social injustices that the African American community faced in North Carolina. Hawkins was known to be confrontational but nonviolent, in the same regard.

Following his education, Hawkins opened a dental facility in Charlotte. He practiced dentistry until he was drafted in the United States Army during the Korean War to serve as a dentist.

Before the war, Hawkins joined his local chapter of the NAACP. After returning home from the war, Hawkins disagreed heavily with the thoughts and ideas of the NAACP and resigned from the organization in 1958. After leaving the NAACP, Hawkins developed his own organization, Mecklenburg Organization for Political Affairs (MOPA). The Mecklenburg Organization for Political Affairs was separate from the NAACP and provided a platform for African Americans on the issue of segregation. MOPA used local activists to gain the trust of the community of Mecklenburg.

However, before the Mecklenburg Organization for Political Affairs was created, a prior event gave Hawkins the political platform he needed to evolve. Dorothy Counts was to be the first non white student to enroll in a school that had recently become non-segregated, and Hawkins assumed the role of her escort on her on her first day. This occurred prior to Little Rock, and was a local phenomenon, giving Hawkins both political and community based recognition.

Reginald Hawkins participated in the 1968 governor elections in North Carolina. Although his administration, MOPA, gained him loyal followers, the organization had also gained a number of people displeased with its actions. Ultimately losing the election to a white North Carolinian, Hawkins refused to give up his goal of obtaining office in the state. Again in 1971, Hawkins entered and lost the governor election.

Hawkins would live the rest of his life in Charlotte, North Carolina until his death in September 2007. While the actions and ideas of Reginald Hawkins did not gain the fame of other famous civil rights leaders, his legacy in North Carolina and in the Civil Rights movement was significant.