Founded in 1988 by historian Ruth Abram and social activist Anita Jacobson, the Tenement Museum (sometimes also referred to as the Lower East Side Tenement Museum) explores America’s immigrant past and examines the role immigrants have played (and continue to play) in our national story. Located in the Lower East Side of Manhattan, the museum offers visitors interpretive tours of historically recreated tenements, in addition to neighborhood walking tours. It also runs programs for secondary and post-secondary educators and maintains a small archive containing census records, newspaper articles, photographs, oral history interviews, and more than 2,000 artifacts, which is available to researchers by appointment. 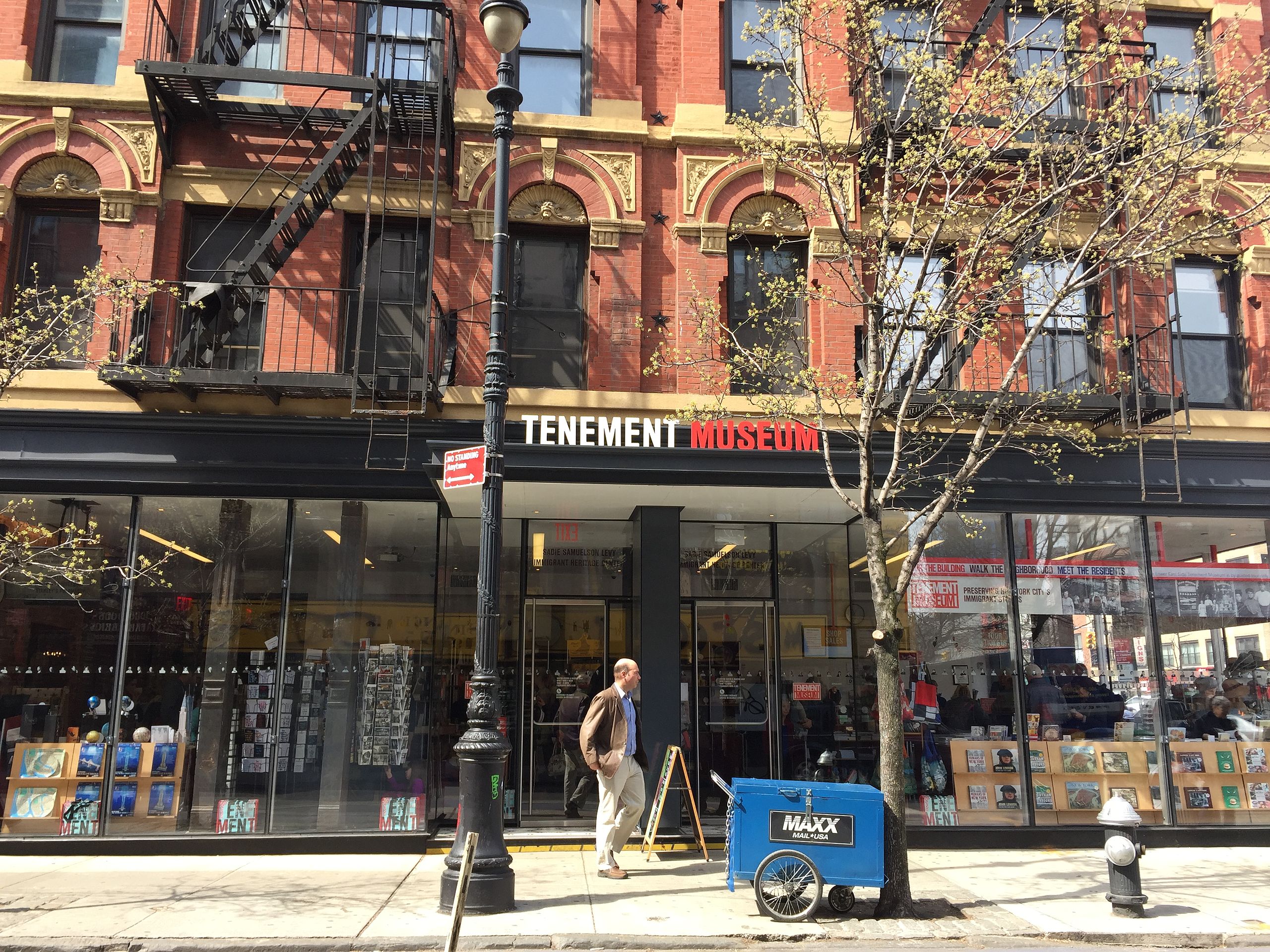 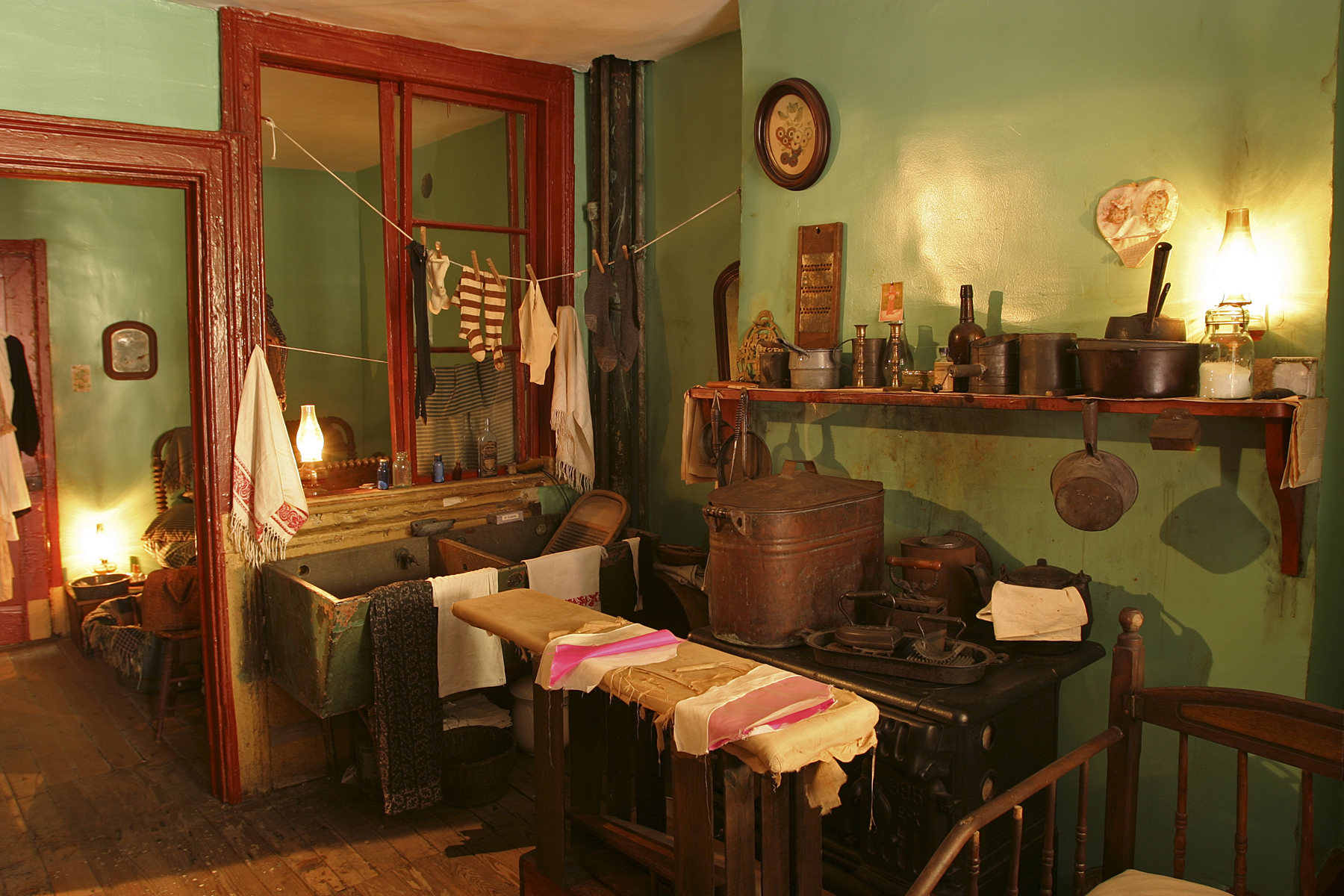 In the 1980s, while searching for a location to create an interpretive center on New York City’s rich immigrant history, historian Ruth Abram and social activist Anita Jacobson accidently came across the dilapidated tenement building at 97 Orchard Street in Manhattan’s Lower East Side. They discovered that the building’s landlord in the 1930s, rather than renovating the upper floors to bring the tenements therein up to code, sealed them off, essentially freezing the apartments in time. After purchasing the building, Abram and Jacobson opened the “time capsule.” To their excitement, they discovered an abundance of artifacts—from clothing to common household items to fragments of official documents—that belonged to the families that once called the tenements home from the building’s construction in the 1860s to the 1930s. Abram and Jacobson then began the arduous, yet rewarding process of conducting research on these families, slowing piecing together their stories through census records, newspaper articles, photographs, and oral history interviews. Abram and Jacobson used these stories to help reconstruct several of the building’s tenements, each representing a family that lived there during a specific historical period. Around these artifacts, family stories, and historically recreated apartments, they founded the Tenement Museum in 1988.

The Tenement Museum offers visitors a wide variety of tours, programs, and resources. To begin, it runs several different interpretive tours, each touching on not only the stories of those immigrant families who once lived in the building’s tenements, but also the history of immigration to the United States, the role immigrants have played (and continue to play) in our national story, and other major historical events and developments in American history. One such tour, entitled “Hard Times,” tells the stories of the Gumpertz and Baldrizzi families who struggled to survive during the Panic of 1873 and the Great Depression of the 1930s, respectively. The museum offers tours of not only the historically recreated tenements within the building, but also neighborhood walking tours. One such tour, entitled “Outside the Home,” explores the stories behind the public spaces and landmarks of Manhattan’s Lower East Side that functioned as places of business, recreation, and political advocacy for immigrant communities in the late nineteenth and early twentieth centuries. In addition to interpretive tours, the Tenement Museum operates programs for secondary and post-secondary educators. It also maintains a small archive containing census records, newspaper articles, photographs, oral history interviews, and more than 2,000 artifacts, which is available to researchers by appointment.

Since its inception in the late 1980s, the Tenement Museum has expanded considerably and won a number of prestigious awards and grants. In 2007, the museum acquired 103 Orchard, a tenement building constructed in 1888 that housed immigrant families until the late twentieth century. The purchase allowed the museum to expand its interpretive scope beyond nineteenth and early twentieth-century European immigration to the United States by reconstructing three additional tenements and interpreting the lives of Jewish, Puerto Rican, and East Asian immigrants who lived in the building during the 1950s, 1960s, and 1970s, respectively. In 2000, Save America’s Treasures awarded the museum $250,000 to conduct preservation work. The following year, the museum received the Rudy Bruner Award for Urban Excellence silver medal. In 2005, the Tenement Museum received a small portion of a $20 million grant from the Carnegie Corporation.