A view of the Stratosphere. 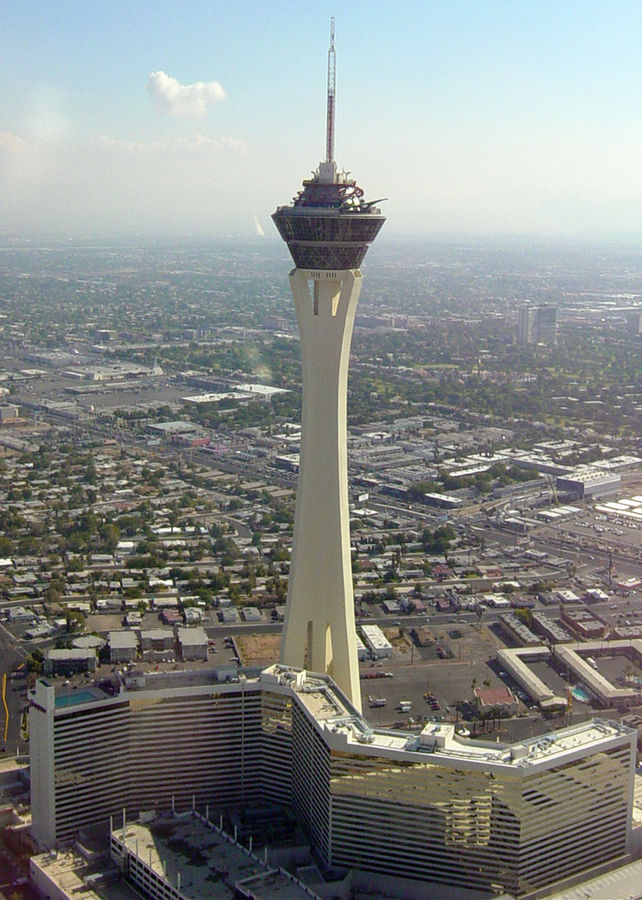 In the 1980s, renowned casino owner Bob Stupak developed the idea of the Stratosphere as a companion to his pre-existing casino, Vegas World. The initial idea came from his desire to build a tower somewhat like the Eiffel Tower, but due to construction limitations, he went for a design more like that of a radio tower. Construction began in the early 1990s, but was stalled by a fire in 1993 that damaged a great deal of the tower. Despite this, construction continued, and the Stratosphere Corporation was formed in 1995. The Stratosphere opened on April 20th, 1996, and received a great deal of praise from both critics and the public.