Designed by Fred Stone and A. Babin in the Art Deco style, the Jefferson County Courthouse was built in 1931 and its tall central tower makes it one of the tallest courthouses in the state. It is the fourth courthouse built for the county. It was added to the National Register of Historic Places in 1982 for of its architecture and the fact that it reflects the economic growth Beaumont experienced by the time of the building's construction.

The Jefferson County Courthouse was constructed in 1931 and is among the tallest courthouses in the state. 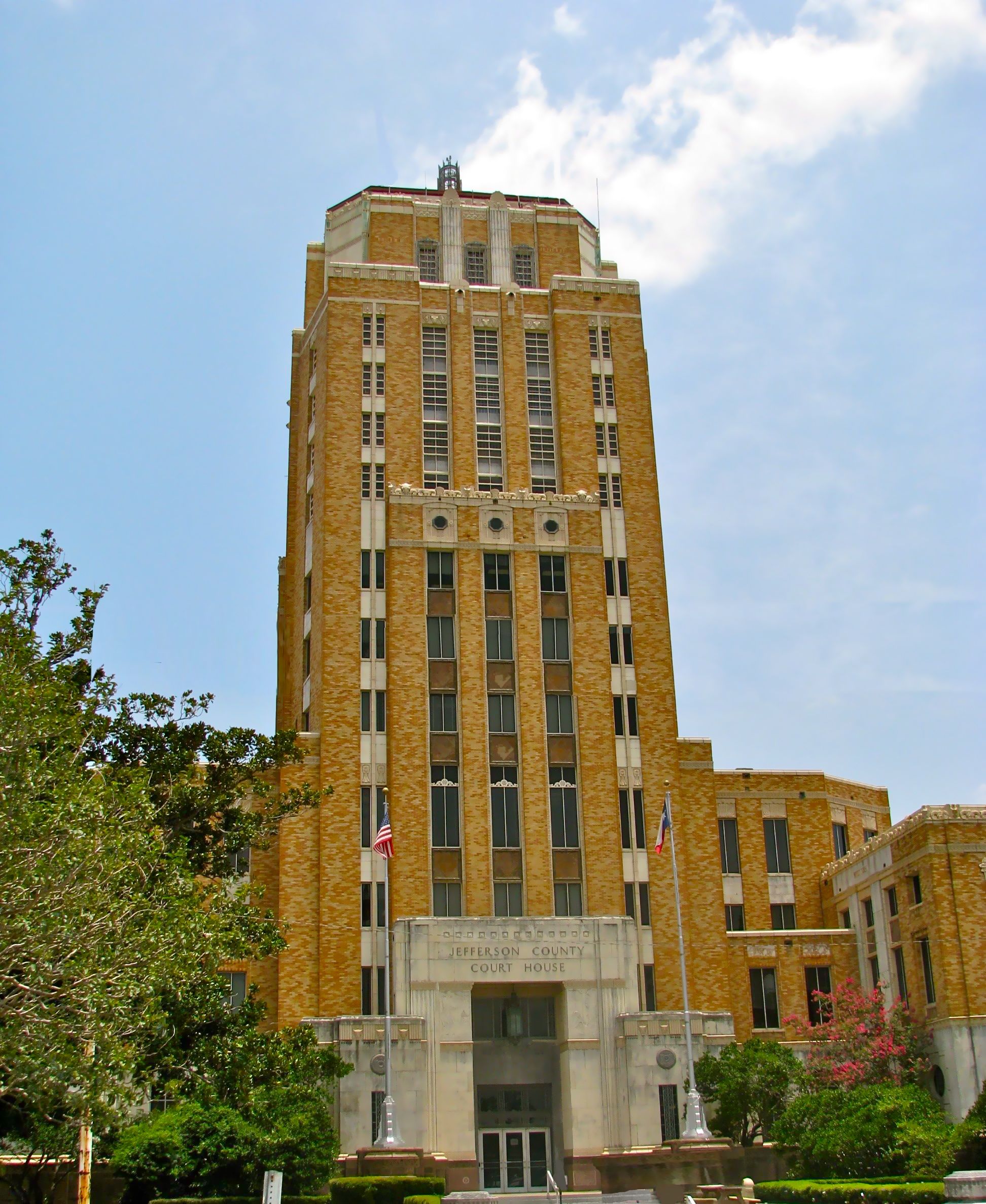 Jefferson county was established in 1836. The site of the present courthouse, land that first belonged to one of the pioneer settlers of the area named Nancy Tevis, was first the location of a jailhouse that was built in 1838. In addition to a jail, the original building also included rooms that served as county offices and courts. However, the commissioners soon outgrew the building and were forced to hold business in their own homes until a courthouse was built on site.

The courthouse was a two-story building built by John A. Beaumont in 1854. The courthouse, like the jailhouse, served multiple purposes. For example, both the Baptist and the Methodist congregations used it for their Sunday services. Also, during the Civil War, the building served as a hospital as it was rented by a Confederate surgeon named D. T. Ingleheart.

Another courthouse, a red brick, three-story building, was designed by E.T. Heiner and built in 1893. It was used until after the oil boom in 1920s when the present fourteen-story Art Deco courthouse was built in order to support the needs of Beaumont's population growth.

The courthouse features mostly original architecture with ornate carvings and a marble interior.