Listed on the National Register of Historic Places, Highland Park was one of the finest public "pleasure" parks in the South when it opened in 1909. Residents could reach it by riding a streetcar operated by the Meridian Light and Railway Company, which invested in the park's development. The park features a number of amenities including tennis and basketball courts, baseball and softball fields, a playground, a swimming pool, and a train locomotive and caboose. It also features the famous 1895 Highland Park Dentzel Carousel, which is the only one of its kind left and a National Historic Landmark. It is around 30 feet wide and features original oil paintings, 28 animals, and two chariots. The Jimmie Rogers Museum was once located in the park but was moved to its current location on Front Street.

Highland Park was established in 1909 and was considered one of the best "pleasure" parks in the South. It's most well-known attraction is the Dentzel Carousel. 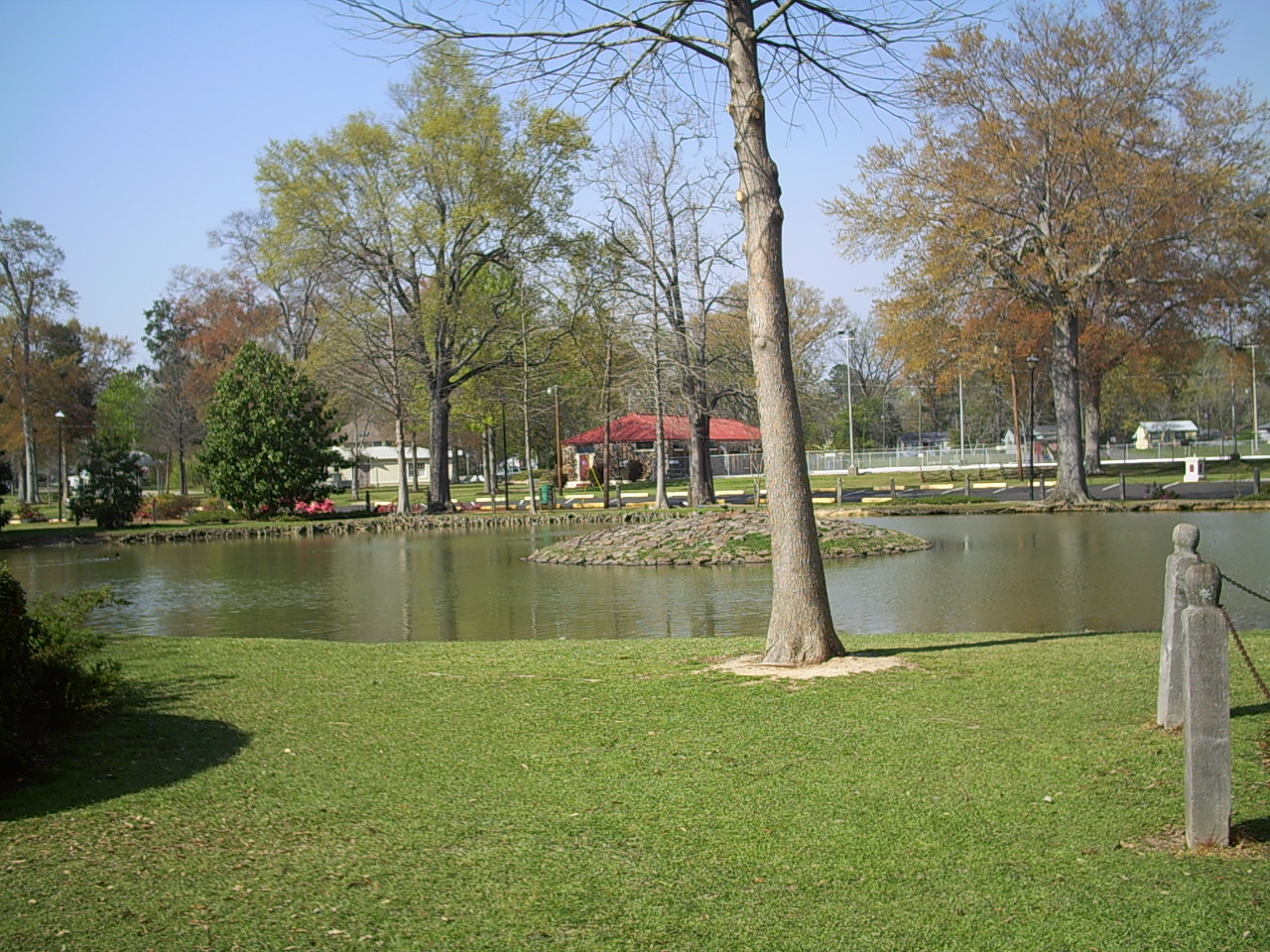 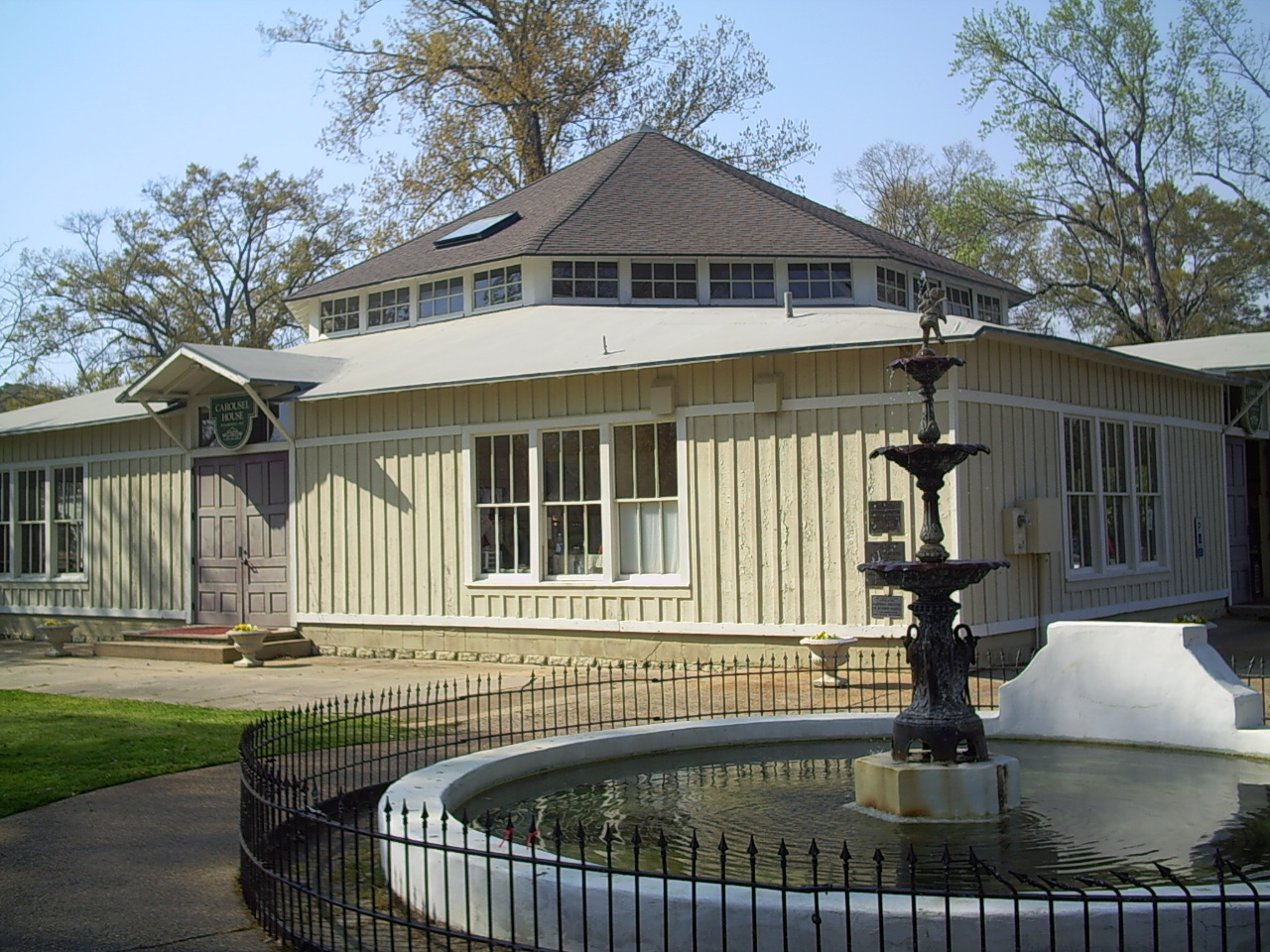 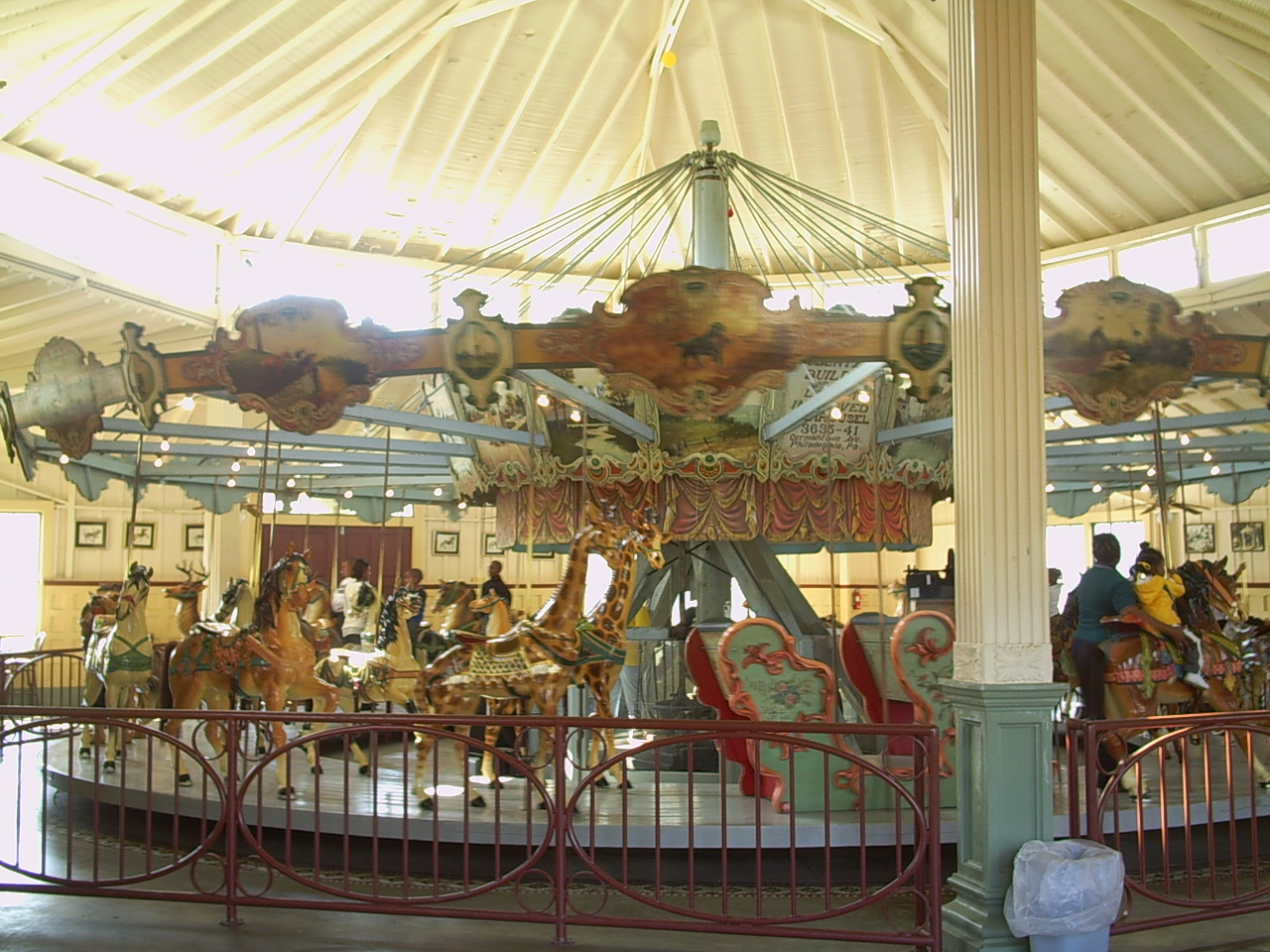 Where the park is now was a part of the Meridian Fair and Livestock Exposition, which began in 1889 and operated by an organization called the Fair and Exposition Corporation. In 1906, the Corporation relinquished control of the property to another organization, the Park Association, which had recently been established for the purpose of creating a park. The impetus to establish it originated from a group of businessmen who believed that Meridian, which by then had become a thriving community, ought to have a "playground," which is what such parks were called at that time. As stated above, the Meridian Light and Railway Company (MLRC) contributed to the effort. It hoped that investing the park would encourage people to not only enjoy its attractions and concerts but ride the streetcar to get there. Streetcar companies around the country either owned or invested in parks and the MLRC followed this trend.

The carousel was built in 1895 by German immigrant Gustav Dentzel, who was based in Philadelphia, Pennsylvania. He was trained as a cabinetmaker but he learned how to carve carousels from his father, who had been doing so since 1839. In 1860, when he was 21, Dentzel immigrated to America and started a cabinetmaking business. However, he grew tired of cabinetmaking and established the Dentzel Carousel Company in 1867, which went on to build numerous carousels around the country. The one in Highland Park was originally created for the 1904 St. Louis Exposition, but was later bought by the City of Meridian in 1909 for $2,000. Today, the carousel is worth over a million dollars.

The carousel closed down for two years in the 1980s in order to undergo major restoration. Since the carousel was so loved by the locals, a group known as Friends of the Carousels was established to raise funds for the effort. One of the best restoration specialists in the nation, Rosa Ragan from Raleigh, North Carolina, restored the animals, chariots and oil paintings.

The carousel is in full operation today and is housed in one of the last Dentzel buildings still standing. The carousel and the house are listed together on the National Register of Historic Places and are a National Historic Landmark.

"Historic Neighborhoods." City of Meridian. Retrieved from the WebArchive on January 12, 2020. https://web.archive.org/web/20070706183851/http://www.meridianms.org/com_historicneighbor.html.