Fort Macon, a U.S military fortification, is located on the most eastern point of Bogue Banks. Constructed between 1826 and 1834, this fort was built to guard the entrance to Beaufort Harbor. The Beaufort Inlet was the only deep-water inlet on the coast of North Carolina. This made the Beaufort area highly vulnerable to attack. Prior to its construction, pirates, including Blackbeard, passed through the inlet at will, and wars with Spain, France, and England during the Colonial Period created a constant threat to the people of Beaufort. Fort Macon was a military strategic key from post War of 1812 all the way through World War II. It is now the second oldest state park in North Carolina. 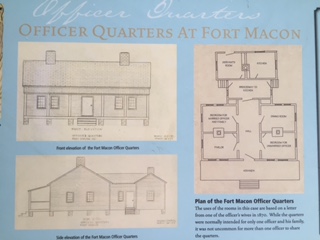 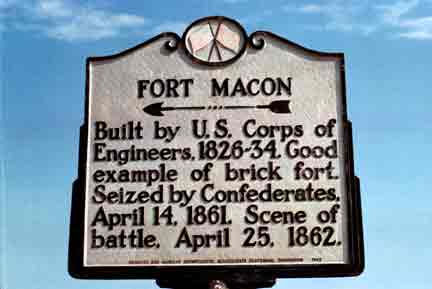 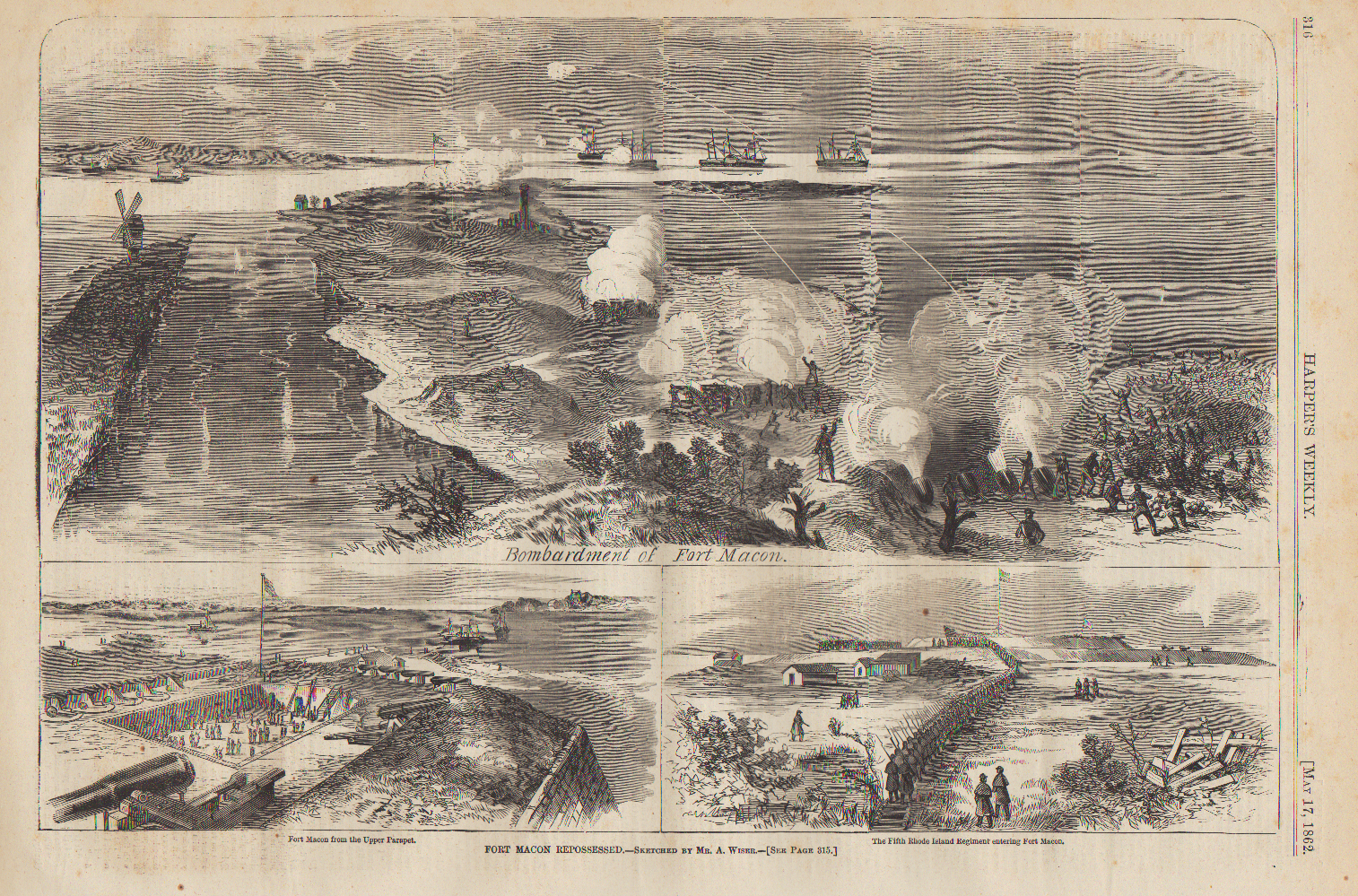 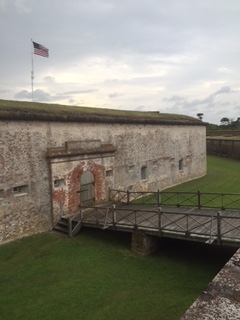 Rendering of Fort Macon as seen in 1877 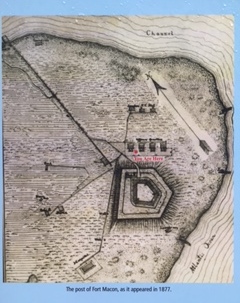 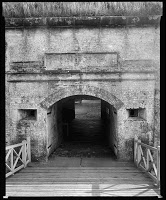 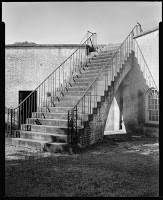 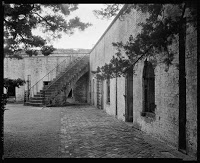 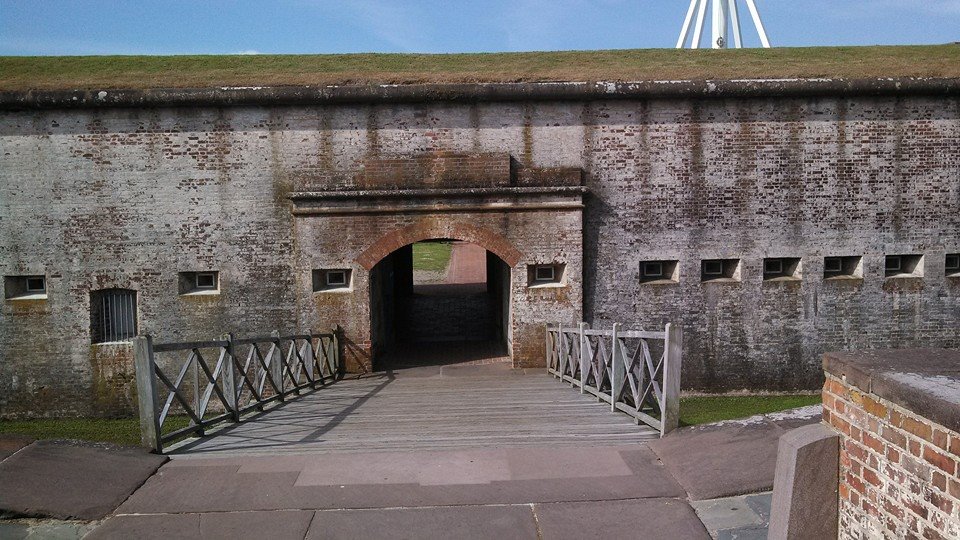 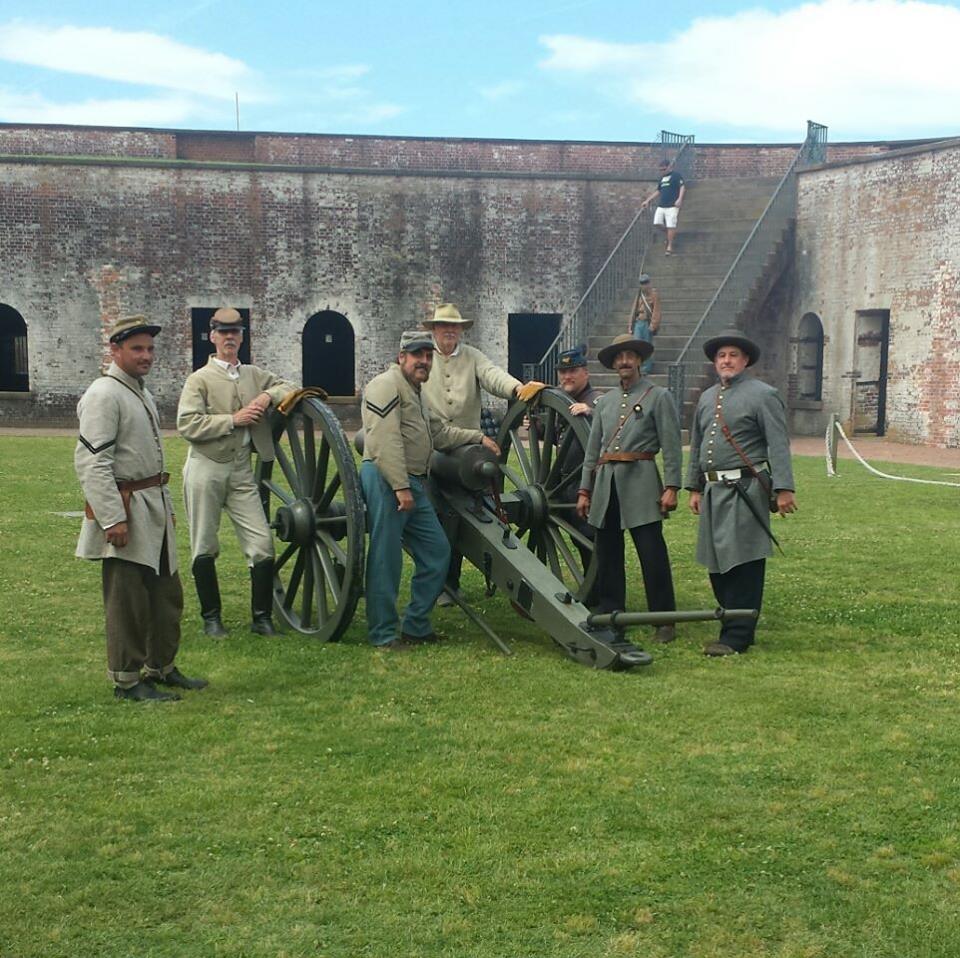 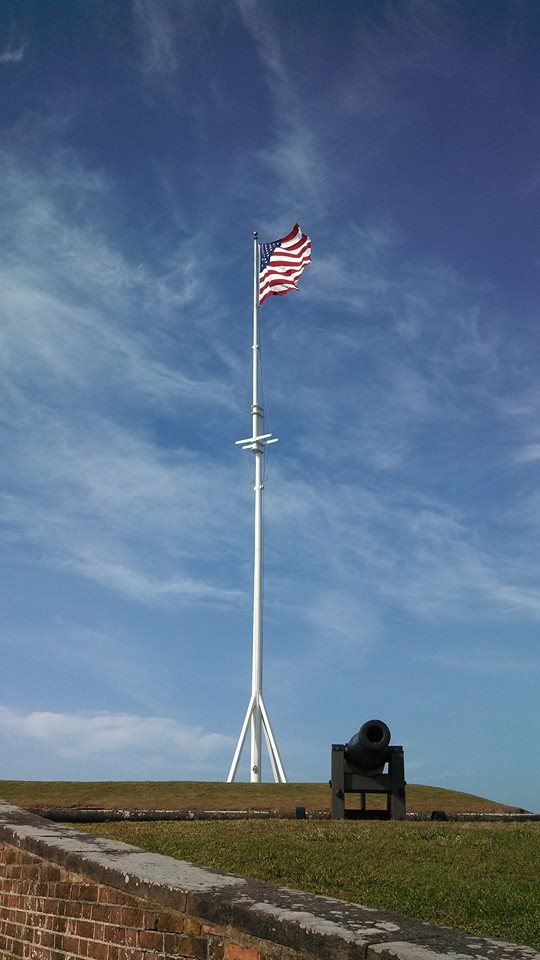 Prior to Fort Macon opening in 1836, the Beaufort Inlet was a highly vulnerable port that was under constant attack from pirates, the Spanish, French, and British.  Named after Nathaniel Macon, who was a U.S. congressman and senator in North Carolina, the fort was part of a chain of permanent U.S. Military fortification along the Eastern Seaboard constructed for the purpose of defending its ports and harbors from foreign invasion.

Fort Macon was not the first attempt at fortifying the Beaufort Inlet.  Construction on Fort Dobbs began in 1756, but was never finished and the inlet was left undefended during the American Revolution.  Fort Hampton was built in the early 1800’s as tensioned relations remained with the British.  A small masonry fort, Fort Hampton was garrisoned to protect the Beaufort Inlet during the War of 1812, but was abandoned after the end of the war.  Fort Hampton succumbed to the forces of erosion and a hurricane in 1825 and was swept into Beaufort Inlet, leaving the harbor unprotected again.

April 12, 1861 marked the beginning of the American Civil War, and only days after the first shots of the war were fired, local North Carolina militia moved in and occupied Fort Macon for the Confederacy.  The North Carolina Confederate forces armed the fort with 54 heavy cannons in preparation for battle.  For the first year of the Civil War, the Confederate forces occupied the fort in preparation for what would be an eventual attack from the Union army.

In 1862, Major General Ambrose E. Burnside of the Union army initiated a campaign on the North Carolina Coast with the intentions of capturing Fort Macon and Beaufort Harbor.  Union forces, under the command of Brigade General John G. Parke, occupied Morehead City and Beaufort, situated across the inlet.  Brig. Gen. Parke initiated a siege of the fort on March 28, 1862.  The siege lasted until April 24, when Union batteries opened fire on Fort Macon.  The bombardment lasted for 11 hours resulting in little casualties, but heavy damage to the fortification walls.  Union forces took control of Fort Macon, repairing it, and occupying it for the remainder of the Civil War.

After the end of the Civil War, the U.S. Army used the fort as a prison during Reconstruction until 1877. Fort Macon was abandoned for 20 years until it was re-garrisoned in 1898 for the Spanish-American War.  It failed to see any armed action for the entirety of the Spanish-American War and was abandoned again in 1903, with the though that it would never be needed again.  Fort Macon was not used during World War I and in 1923, the Fort Macon Military Reservation was sold off by the War Department as surplus property.  In June of 1924, the reservation was granted to the state by a congressional act for the use as a public park, becoming the second area acquired by North Carolina for what would eventually become the system of state parks.  The Civilian Conservation Corps restored the fort and constructed recreational facilities during the Great Depression.  On May 1, 1936, Fort Macon State Park officially opened as the first functioning park in North Carolina.

By the time World War II had come around, U.S. military forces for military defense purposes once again occupied Fort Macon.  The threat was German U-boat activity off the North Carolina Coast.  When the threat of German U-boats diminished by November of 1944, the fort was again deactivated and the property was again returned to North Carolina on October 1, 1946 to be used as a state park.

The restored Civil War-era fort now serves as a popular destination for tourists. The grounds are open for viewing daily from 9 A.M. until 5:30 P.M. daily, and entrance is free. The site also hosts an education center, which is functions much like a museum for visitors. The shoreline is now open for swimming, sea-shell hunting, and surf fishing when conditions are favorable. Fort Macon has become well-known for their cannon demonstrations, guided tours, and partnership with various groups of Civil War reenactors. One specific event that attracts many visitors is Fort Macon's tradition of the "Evening Gun". In this event, spectators watch a 19th century cannon get loaded and then fired by the U.S. Coast Guard. Today, Fort Macon is one of North Carolina’s most popular state parks, acquiring more than one million visitors each year. Fort Macon was voted North Carolina State Park of the Year in 2015. 2