The museum houses a collection of artifacts found at the mounds at the Jaketown Site which lies just a few miles outside of Belzoni. The collection includes items, such as pipes, weaponry, and jewelry, from the Poverty Point and Mississippian periods. Jaketown was declared a National Historic Landmark in 1990 and is managed by the state of Mississippi 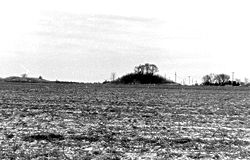 During Archaic times, there existed a Native American trade network that archaeologists and historians refer to as the Poverty Point trade network; the network included the Ouachita, Ozark, and Appalachian Mountains the Upper Mississippi Valley, and the Great Lakes. Artifacts  founds at the Jaketown Site testify to the occupants involvement in the Poverty Point network.

Jaketown first received attention concerning excavation in 1951, but no major archaeological work took place there again until 2007 when a multiyear research project headed by Washington University of St. Louis researchers was began. The project included excavation as well as a study of the soils and sediments in order to "determine how frequent flooding from the Mississippi River and its tributaries affected Jaketown’s prehistoric inhabitants." More work was done at Jaketown in 2009 when a research project shared by Washington University and Murry State University (of Kentucky) took place.