The Charles McLaran House, also known as Riverview, was built between 1847 and 1853. It is designed in the Greek Revival style and sits on the bluffs of Pleasant Ridge in Columbus, Mississippi. When the home was first constructed, it set on an entire block of the city's 1821 grid. The home was built for Charles McLaran by architect James S. Lull. When J. William Burris, the second owner of the house, purchased the home, he changed the name to Riverview in reference to the view of the Tombigbee River once seen from the back of the house. 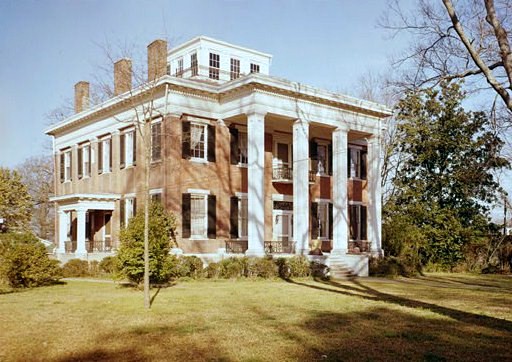 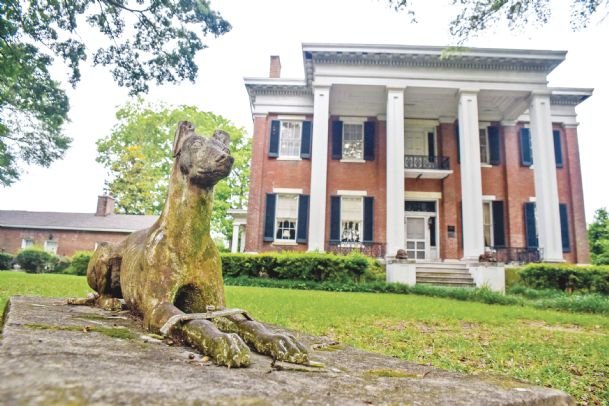 Known today as Riverview, the Charles McLaran House is a historic home located in Columbus, Mississippi. Charles McLaran purchased an entire city block and contracted architect James S. Lull to build him a Greek Revival style mansion on the land. Overlooking the Tombigbee River, the grandiose home had two facades, a copious amount of parlors and bedrooms, a ballroom, marble mantles, and ornamental plasterwork.

The home is intrinsically linked to the history of Columbus and its residents. As an important historical building, the home served many purposes and accommodated several owners throughout its life. During the Civil War period, parties were hosted for soldiers at the mansion. The home's second owner, J. William Burris, named the home Riverview. During the second World War, his sister Fannie Swoope would hold social affairs at the residence, especially for the Columbus Army Flying School (later known as Columbus Army Air Field).

Due to its unique architecture and the various residents that have inhabited the house, Riverview is considered an important historical home both in the Columbus area and beyond. The home is on the National Register of Historic Places. Additionally, the home was designated as a National Historic Landmark in 2001. These designations set Riverview apart from other historic mansions in the area, making it a nationally recognized important historic site.

In 2016, Riverview Mansion was purchased by Dick Leike after being vacant for 20 years. Leike plans to restore Riverview and preserve what is left of the original home. He has even purchased the home next door, a structure that sits on what was once part of the Riverview property. This home blocks Riverview's view of the Tombigbee River, something Leike plans to fix by either moving or demolishing it. Leike hopes to see Riverview returned to its former glory so that the community can continue to enjoy it for years to come.