The Brimstone Museum and Henning Cultural Center are a history and art and culture museum, respectively. They are located next door to each other and share a website (see link below). The Brimstone Museum, which is housed in the former Southern Pacific Railway depot, is operated by the Brimstone Historical Society and preserves the history of Southwest Louisiana. In 2014, it opened a permanent exhibit that explores the history sulphur industry and its impact on the community. The Henning Cultural Center was acquired by the Sulphur Parks and Recreation organization in 2002 and opened it as an arts and culture center in 2004, featuring traveling exhibits by local, regional, and national artists.

The Brimstone Museum, formerly the train depot for the Southern Pacific Railway company 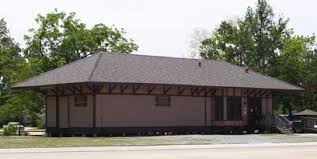 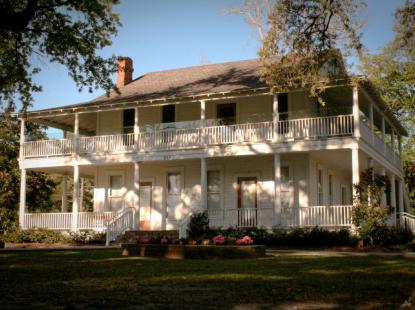 The Brimstone Museum, formerly the depot, was built in 1915 and used for passenger and sulphur freight service. By the 1970s it was no longer in use. Local citizens saved the building from demolition and in 1975 the company sold it to the Sulphur Association of Commerce for one dollar. The building was relocated near Frasch Park, renovated, and dedicated on July 4, 1976. The historical society acquired the depot in 2005.

The Henning Cultural Center was built by Methodist minister Reverend John T. Henning in 1904 (he moved to Sulphur in 1867 and founded the Methodist Society in the town of Rose Bluff, six miles to the south. Henning lived there until 1923 and the family until 1942. Local businessman J.D. Brack purchased the house that same year and the home remained in the Brack family until 2002, when the Sulphur Parks and Recreation organization bought it.