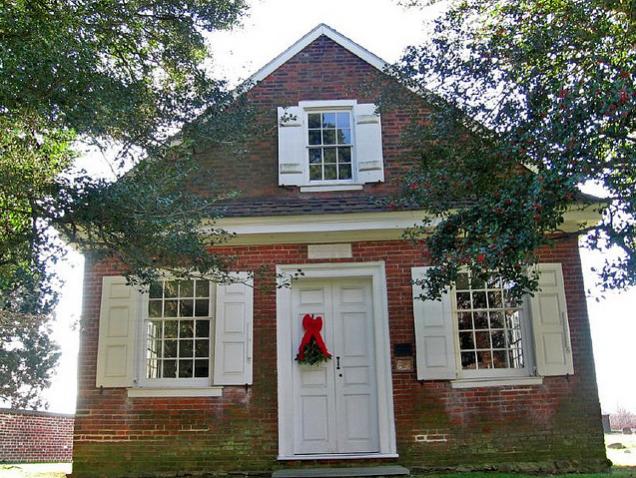 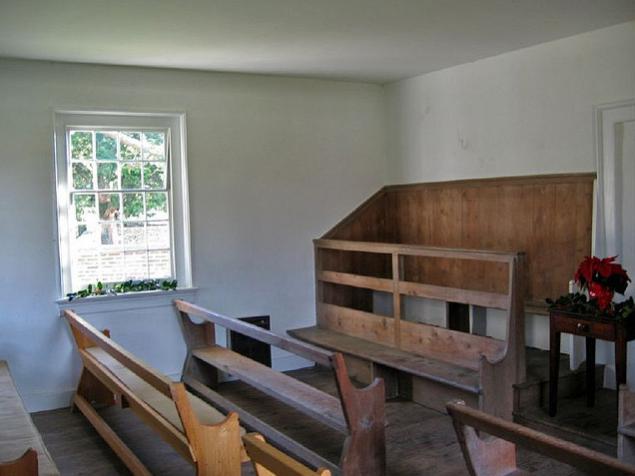 Earlier picture of the meetinghouse 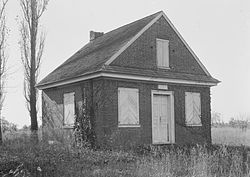 Historical marker telling the story of the structure 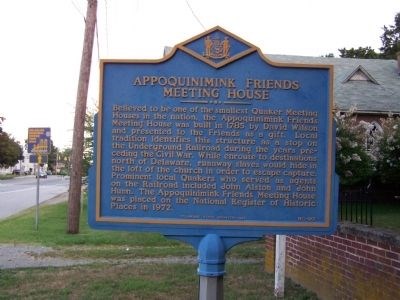 When Quakers came to this country, they did so in search of religious freedom.  Also known as the Society of Friends, Quakers gathered together for what they called "meeting," their religious service, at their local Meetinghouse.  When David Wilson built the Appoquinimink Meetinghouse in 1785, it was not immediately deeded to the Meeting because he and his wife were not married at a meeting, but instead by a minister.  This essentially caused them to be banned from attending meeting for a time.  It wasn't until fifteen years later, in 1800, that the building and grounds were finally deeded to the Meeting.

As part of their religious beliefs, Quakers were known to have strong anti-slavery sentiments.  The members of the Appoquinimink Friends Meeting were no exception, and more than one member was instrumental in helping runaway slaves find their way to freedom.  John Hunn and John Alston were two of these men. At one point, John Hunn was arrested for his actions and fined $2500.00, forcing him to sell his farm in order to pay his fine. Harriet Tubman herself claimed to have stayed in the meetinghouse, possibly in the cellar or under the eaves.

After John Alston's death in 1874, the meetinghouse sat abandoned and it eventually deteriorated over time.  In 1938, a man named James Finley worked to restore the property, with financial assistance from Roseanna Evans and Rodney Sharp.  Services resumed in 1939, however the property's title had gone to the state of Delaware.  It wasn't until 1948 that the Society of Friends requested that the title be given to the Wilmington Monthly Meeting.  In 1972, the structure was added to the National Register of Historic Places.  Today, the small 20 by 22 ft. meetinghouse holds regular services for worship, however one might tour the brick meetinghouse by making an appointment.