Sitting along U.S. Highway 40 about 7 miles east of Topeka, the Hopkins House is a historic home significant for its role in early settlement and exploration of Kansas. Associated with Eli Hopkins, an early founder of Tecumseh, the Hopkins House paints a picture of the lifestyles and architecture of the middle of the 19th century. With three structures on the property, including the house and barn which date back to around 1859, the Hopkins House also represents a rare example of Gothic Revival architecture in the United States. The site was added to the U.S. Register of Historic Places in January of 2009 for its depiction of pre-Civil War in Kansas as well as the Bleeding Kansas political confrontations over slavery in the Kansas Territory.

Outside view of the Hopkins House 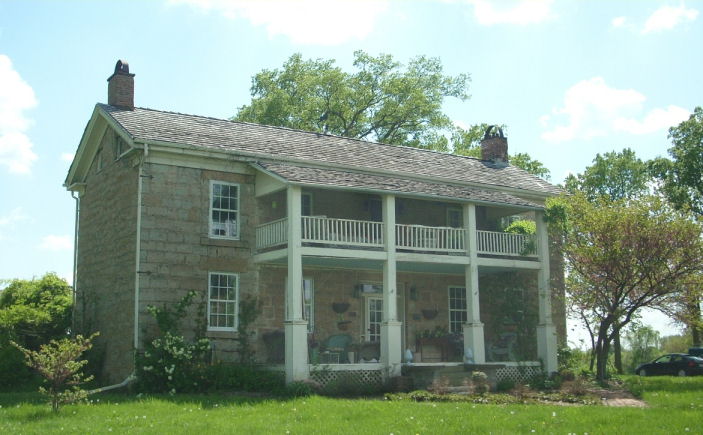 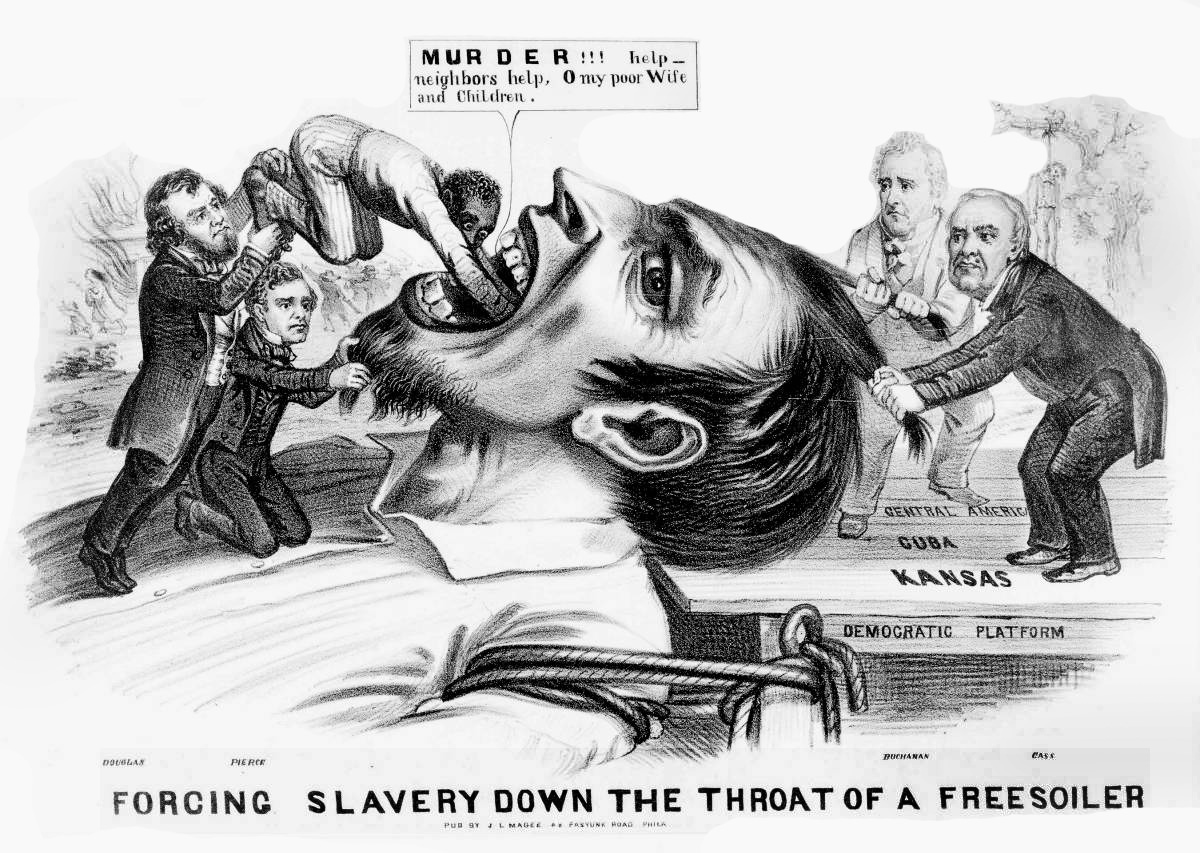 Calling for people to stand against abolitionists in Boonville, 1856 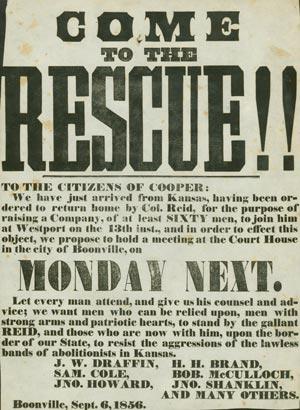 History and the Founding of Tecumseh

The small town of Tecumseh was established in 1852, a full two years before the Kansas Territory opened up to white settlers moving from the East. This made Tecumseh one of the first communities in the Kansas Territory, and the city's founding can be attributed to Thomas Stinson, a slaveholder who obtained the Indian Trust after marrying a mission-educated Shawnee by the name of Julia Bushman.

Platted in 1954, three months after the Kansas-Nebraska Act, Tecumseh was widely known to be one of the most important towns in the future of the Territory. Even the First Governor of the Kansas Territory, Andrew Reeder, gave assurances that Tecumseh would stand as the seat of pro-slavery Legislature.

At this time, it is important to remember the circumstances surrounding Bleeding Kansas. In short, Bleeding Kansas refers to the violence that erupted after floods of both pro-slave and anti-slave settlers arrived in Kansas. These men were seeking to determine the state’s official legislation regarding slavery. Thus, as many wanted Tecumseh to be the seat of pro-slavery Legislature, the town held a central position during this influential, historic event.

In 1958, however, the popular vote seeded the county seat to Topeka, and sometime in the late 1850s, Thomas Stinson confirmed his loyalty to the Union and the abolitionists by flying a Union flag over his home. By 1861, most slaveholders in Kansas had moved from the state or adapted to Kansas farming methods, and not a single slaveholder remained in Tecumseh. That same year, Kansas entered the Union as a free-state and Topeka was named the state capital.

Eli Hopkins and the Hopkins House

The Hopkins House is named famously after Eli Hopkins, a North Carolina native who moved to the Kansas Territory with his wife, Susan Dodd Hopkins, and family in 1855. Although not an original member of the Tecumseh Town Association, Eli Hopkins gained significant prominence in the early community and his family was among the founding members of the Tecumseh Methodist Church.

Because he was from North Carolina, Eli Hopkins was a Southern Sympathizer. Unlike the other Sympathizers who decided to leave Kansas, Eli and several of his neighbors decided to pledge their loyalty to the Union in 1861 and stay in Tecumseh.

With ten members in the Hopkins family, Hopkins built the Greek Revival home in 1859, which made it one of the few such homes in the state of Kansas. This was because Greek Revival was popular in the antebellum states from the 1830s to 1850. Also, most early homes in the Kansas Territory were not permanent dwellings.

Eli Hopkins lived in the home until his death in 1894, and Susan until her death in 1897. Hopkin’s daughter moved into the home in 1896 and stayed there until 1946, when the Pressgrove family bought the home. Nowadays, the property is a private dwelling and hotel.1