Occupying a building that once housed a clinic and hospital, the Bluegrass Heritage Museum is dedicated to preserving the history of Clark County and the greater Bluegrass Region. The museum features both temporary and permanent exhibits. One exhibit tells the story of the buildings use as a clinic. The museum frequently hosts guest speakers who present on regional history. From agricultural implements to Civil War artifacts to hand crafted musical instruments, the Bluegrass Heritage Museum offers a visitor a far ranging view of the region’s history. 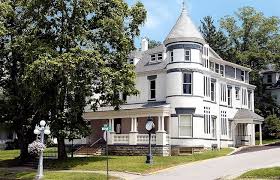 Gerruant Clinic through the years

The doctors of the Gerruant Family 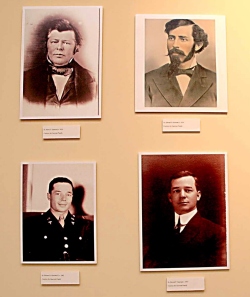 Portion of the Civil War Exhibit 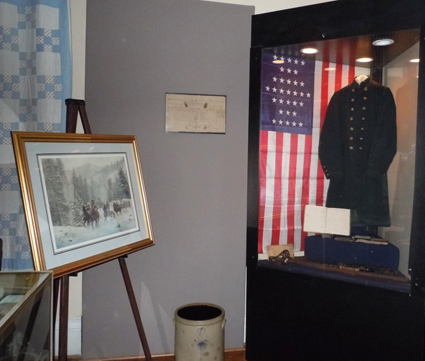 Opening to the public in 2004, the Bluegrass Heritage Museum presents a view of the Bluegrass Region’s history. Constructed in 1887, the structure was the home of Dr. John W. Ishmael. Dr. Edward P. Gerraunt purchased the building in 1927. Edward’s father had been a missionary doctor and minister, traveling throughout Appalachia after the Civil War. Edward assumed his father’s practice, but later established the permanent clinic after his father died. The family line continued a tradition of medical service, with others becoming doctors. The E.O. Gerraunt Memorial Foundation donated the 9,000 square foot building to the city of Winchester in 2000 for the establishment of a museum.1

One of the museum’s exhibits highlights the building’s unique history. The Gerruant Room features pictures, and medical equipment from the old clinic. Housed on the building’s third floor, the exhibit occupies the clinic’s former operating room. The first floor is dedicated to smaller and temporary exhibits, while the second floor displays military history.2

Other exhibits are dedicated to some of the region’s many industries. The Agriculture Room displays artifacts relating to the region’s important connection to farming. Another exhibit features quilts, with examples dating back to 1842. One room displays telephones and equipment connected to the tele-communications industry. Many artifacts from the Civil War are also on display at the museum. The museum also hosts guest speakers.3