Construction on Melrose began in 1841 and took nine years to complete. The original owner of the home was a wealthy attorney and plantation owner named John McMurran. The home is built in the Greek Revival style and is furnished with ornate decor. The estate grounds, totaling eighty acres in all, include the house, kitchen, dairy, octagonal cistern houses, smoke house, privy, carriage house, barn, and slave quarters, the last surviving in Natchez. Today, the property is owned by the National Park System and is a part of the Natchez National Historical Park. 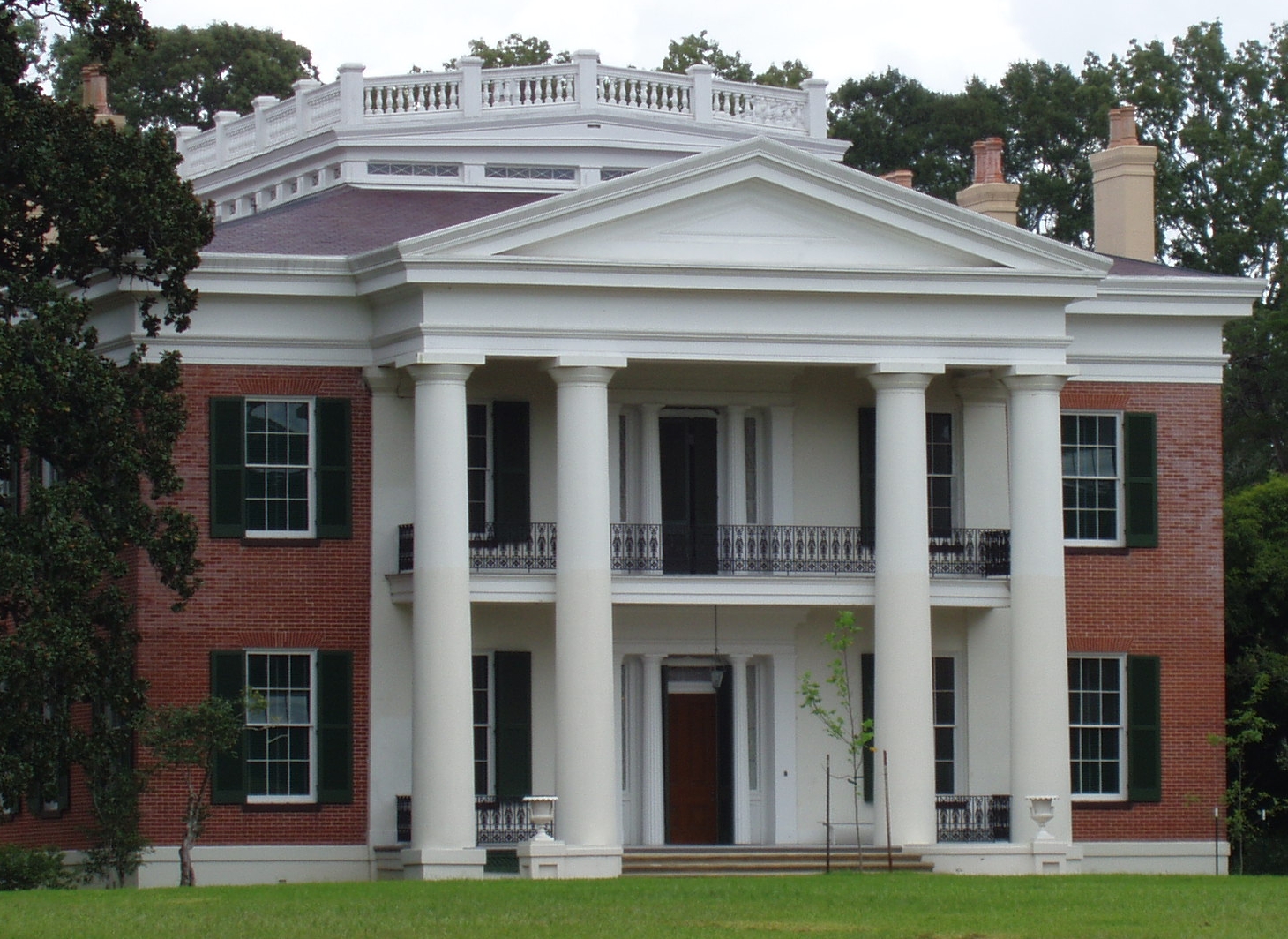 In the mid-1820s, John Mcmurran moved from Pennsylvania to Natchez in order to start a career as a lawyer and plantation owner. He hired Jacob Byers, a Maryland architect, to design Melrose, which McMurran and his wife named after Melrose Abbey in Scotland, which they had visited recently. The construction of the house was begun in 1841 and not finished until 1849. McMurran's wealth allowed him to furnish the home with expensive decor such as grandiose windows, ornate staircases, grecian moldings, chandeliers, and high-quality wood floors.

Unfortunately, in addition to losing his daughter and two grandchildren, McMurran's wealth dwindled due to the aftermath of the Civil War, and he was forced to sell his mansion and land.

Elizabeth Davis purchased the estate in 1865. However, Davis and her attorney husband rarely occupied the estate and Melrose stood mostly vacant for forty years. The home eventually was passed to George Malin Davis, who was only six years old at the time he became the legal owner of the home. He moved to New York where he was raised by his grandmother, but upon marrying in 1900, returned to Melrose to live. The Davis family remained in the home for 75 years until Mrs. Davis's death.

The home was then purchased by John and Betty Callon, owners of the well-known oil company Callon Petroleum Company, in 1976. The couple restored the home, preserving its original antebellum flair. Unfortunately, when their petroleum business suffered economically, they were forced to sell Melrose.

In 1990, Melrose was bought by the National Park System and is now a part of the Natchez National Historic Park.