A view of the roadside park in which the historical marker resides. 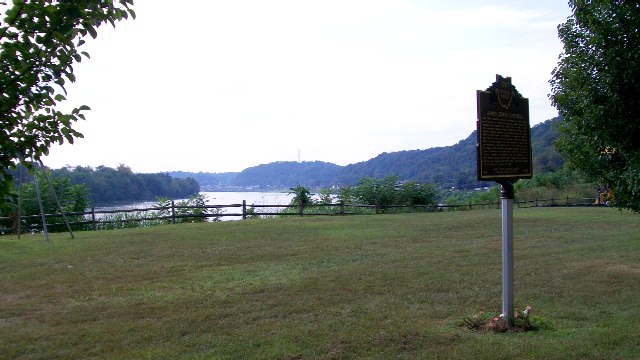 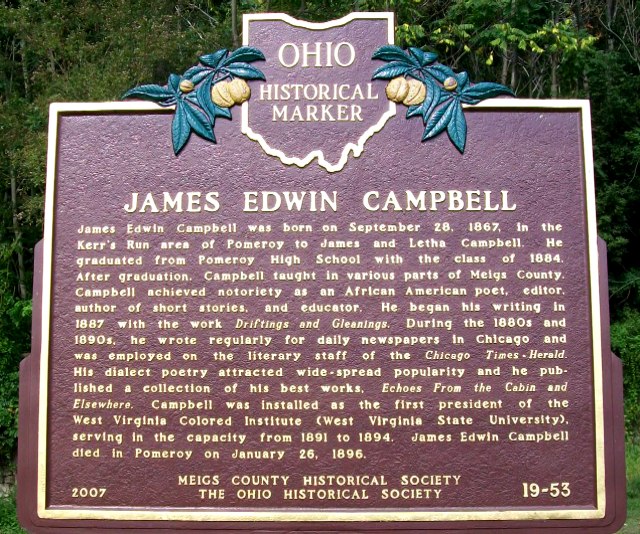 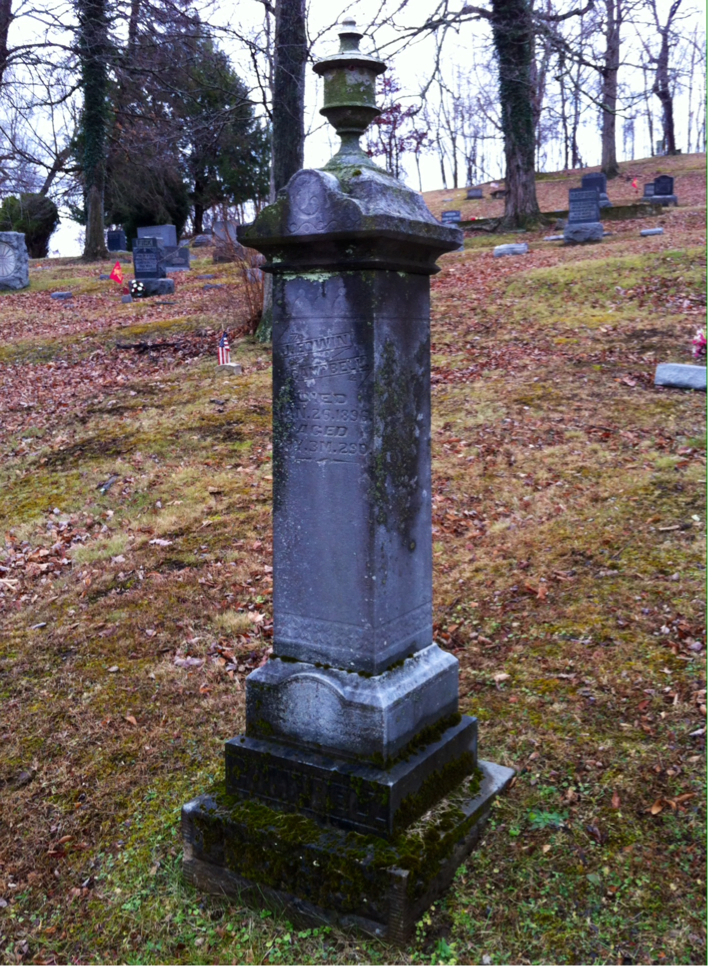 James Edwin Campbell was born on September 28, 1867, in Pomeroy, Ohio. His parents, James and Letha Campbell sent him to Pomeroy High School where he graduated in 1884. After graduation, Campbell taught in various parts of Meigs County. During this time, Campbell was active in politics and a skilled public speaker.

Campbell achieved notoriety as an African American poet, editor, author of short stories, and educator. He began writing in 1887 with a work compiling poetry and essays entitled “Driftings and Gleanings”. James Campbell married Mary Lewis Champ (b. 1869, Marietta, Ohio), in 1891 in Harrison County, Ohio. Before moving to Chicago. Campbell went on to write regularly for daily newspapers in Chicago and was employed on the literary staff of the Chicago Times-Herald in the 1880’s and 90’s. He also participated in the group publication of the journal, "Four O'Clock Magazine”, a monthly magazine that allowed individuals to submit their works of art for others to view. Campbell’s writing style quickly gained wide –spread popularity.

His popularity led to a publication of his best works, Echoes From the Cabin and Elsewhere. This volume is regarded as one of the finest collections of Black dialect poems of the 19th century. His success enabled further opportunities. Campbell moved to West Virginia in 1890, where he served as principal of Langston School in Point Pleasant. In 1894, Campbell was installed as the first president of the West Virginia Colored Institute, an agricultural and mechanical arts school for African-American youth (now West Virginia State University), and served until 1894.