The mansion is built on land that the French fort Rosalie (named after the Duchess of Ponchartrain) was built on in 1716, so the original owner of the home Peter Little, originally of Pennsylvania, decided to keep the name. The home was built in 1823 in the Greek Revival style. Peter and his wife Eliza, though not having children of their own, housed many orphans through their lifetime and those family members who the home was passed to over the decades did the same. Today, the home is owned by the Daughters of the American Revolution and is open to the public for daily tours. 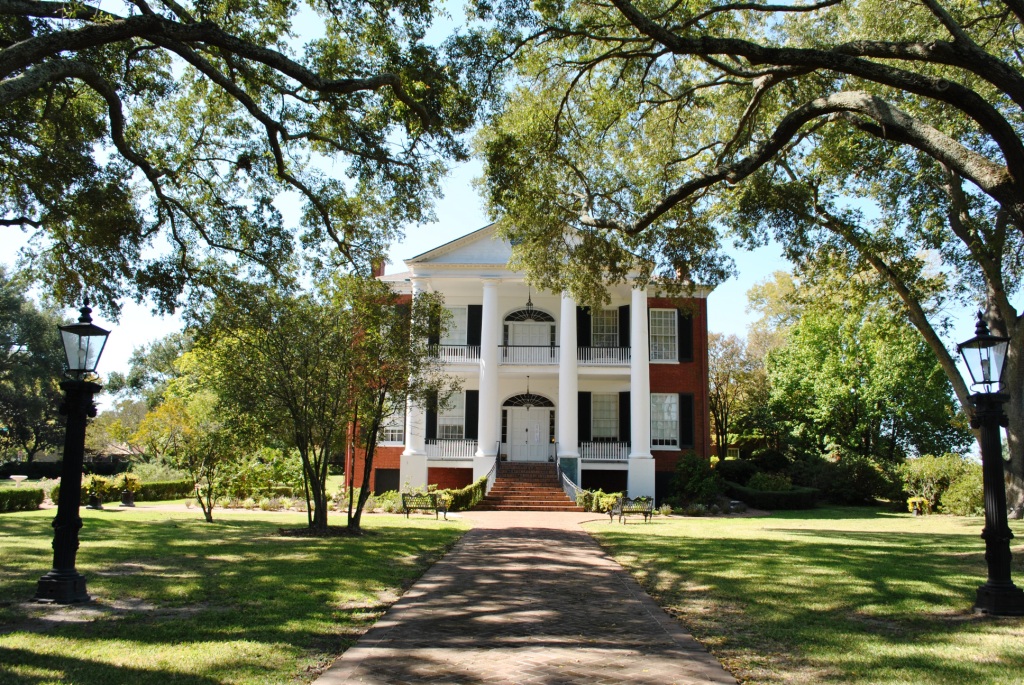 It is unknown why the first owner of Rosalie, Peter Little, came to Natchez from Pennsylvania when he was just 17 years old, but he purchased the property for the mansion as well as some land in Louisiana in 1798. According to the official website for Rosalie, Peter became good friends with ferryboat owner Jacob Lowe since he often travelled by boat to cross the Mississippi in order to check on his land in Louisiana. Unfortunately, his friend Jacob and his wife both caught the fatal disease yellow fever, and as a favor to his friends, Peter took their young daughter Eliza as his wife. However, since Peter was 25 years old and Eliza 14 years old, the marriage was "in name only," and Peter sent Eliza to Baltimore for an education for an unknown length of time. Despite the distance geographically speaking as well as in their ages, a romance indeed took place between Peter and Eliza and they had a 45 year, happy marriage.

The couple moved in to their new home named Rosalie in 1823, and since Eliza was one of the founders of the Natchez Children's Home, many children "found a loving home at Rosalie," including Peter's niece, whom he took in after his sister's passing. Eliza passed away of yellow fever in 1853, and Peter followed three years later without a will. Rosalie was sold at auction.

In 1857, Andrew Wilson and his wife purchased the home and just as the Littles had done so, housed many orphans there. According to the official website for Rosalie, the couple "became especially close to one of the girls, Fannie McMurtry. To the Wilsons she was their true daughter. Fannie married Capt. Stephen Rumble in the parlors of Rosalie on Augus 2, 1866. Rosalie became their home for the rest of their lives. All 6 of their children were born at Rosalie. In 1938 Miss Annie [sic], daughter of Stephen and Fannie McMurtry, sold Rosalie to the Mississippi State Society DAR. Miss Rebecca and Miss Annie continued to live at Rosalie and give daily tours. In 1958 [sic] after 101 years of life at Rosalie for the Wilson/ Rumble families, Miss Annie, the last of the descendants, passed away."