Historic Oak View County Park is a 19th-century historic farmstead with a mission to interpret North Carolina's agricultural heritage and rural history via educational programs, special events and exhibits.1 Oak View, the farm established by Benton S. D. Williams in the 1850s, is located on a rise overlooking Poole Road, one mile south of the Neuse River,just east of the Raleigh Beltline. The nominated property is within the city limits of Raleigh, about four miles east of downtown. The farm complex includes a mid-19th century I-house with Greek Revival details that was enlarged and remodeled in the Colonial Revival style in 1940-41; a full-dovetail plank kitchen which dates to the first half of the 19th century; three turn of the century barns, one of which served as a cotton gin house; a pre-1940 watertower; and an extensive pecan grove planted in several sections beginning in the 1910s.2

The visitor's center provides extensive information about farming and agriculture in North Carolina from Colonial times up until present day. 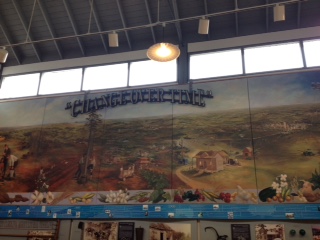 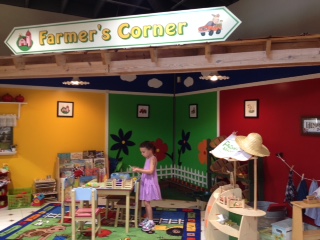 The Oak View Barn held livestock including mules and horses. It was built around 1900 and then the two wings were added in the 1940s. Today the barn houses livestock and is used for educational programs. 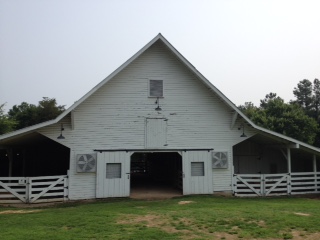 The Oak View Farm House was originally built as an I Frame Greek Revival style farmhouse in 1855. Renovations and updates were made in the 1940s to make the house more features of the Colonial Revival style. 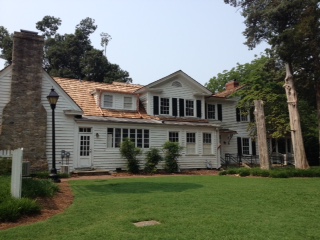 From 1855-1940 the Plank Kitchen served as the farm's kitchen. During the 19th Century kitchens were usually in a separate building from the main living quarters due to the heat generated by the open fire used to cook as well as the risk of the main hous 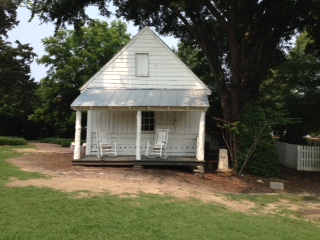 This is the interior of the Plank Kitchen. 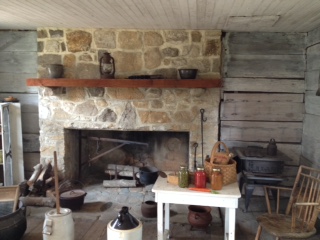 The Pecan Grove was planted in the early 20th Century to help diversify the crops grown at Oak View. 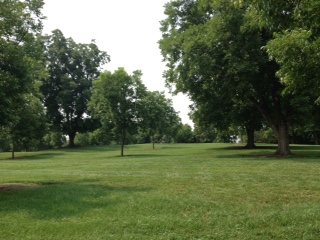 The first recorded history of Oak View Farm shows that it was purchased by Benton Williams from Arthur Pool  for $135  in 1829. At that time the property was about 85 acres of farmland and a few out buildings. Over the 30 years that he owned the farm, Williams acquired more land, bought 10 slaves, and built a two story home.  The plantation became a cotton farm and by the 1860s was producing 10,400 pound bales a year. By the time Willams and his wife passed away in the late 1800s they had accumulated a total of 178 acres of land which was auctioned off to Job P. Wyatt and Phil Taylor.

Wyatt bought Taylor’s interest in the property a few years later and his family owned and operated the farm until 1940.  Wyatt made a name for himself in Wake County by hiring a property manager to live in the main house, oversee the operations of the farm, and manage the tenant farmers who lived onsite and worked the fields.  Most farmers in Wake County at that time were using sharecroppers instead. The Wyatt family also contributed to the farm’s landscape by building the Cotton Gin House, Livestock Barn, and the Carriage House all of which are still standing today. They also planted the Pecan Grove in 1911 to try and vary what the farm produced. It is one of the most beautiful features of the property to this day.

The Wyatts sold the farm to Gregory Poole in 1940.  The family only lived on the farm for three years, but made most of the renovations to the main house that contributed to its current appearance.  They made many expansions and renovations, but the most notable was the installation of indoor plumbing and electricity which were not present until this time. In 1944 Gregory Poole sold the farm to James and Mary Bryan.  The Bryans ran the property as a family farm, dug up several farm ponds, and then sold the property 11 years later to Chauncey and Ella Mae Jones. The Jones family began renting the land to tenant farmers.

In 1972 Wake County purchased the 72 acres of farmland at Oak View and planned to demolish all of the farm buildings and the pecan grove to create an office park. Several County Commisioners and private citizens decided to fight the proposed project and helped Oak View gain a listing in the National Register of Historic Places in 1991.  In 1995 Oak View became the first historic site in the Wake County park system. At this point the county and the park staff members began to expand their educational offerings and programs.  In 1997 the Farm History Center was completed and today serves to help educate the 100,000 plus annual visitors about the history of agriculture in North Carolina from colonial times to present day.