Henry Probasco was a prominent Cincinnati citizen and philanthropist who gifted Cincinnati with the Tyler Davidson fountain also known as the "Genius of Water" as well as this fountain located at the Probasco family estate and dedicated in 1887. The fountain was designed by Samuel Hannaford who was the architect of Cincinnati's Music Hall and several other buildings throughout Cincinnati.

This is a picture of the Probaso Fountain designed by Samuel Hannaford. The fountain is composed of bronze and granite. 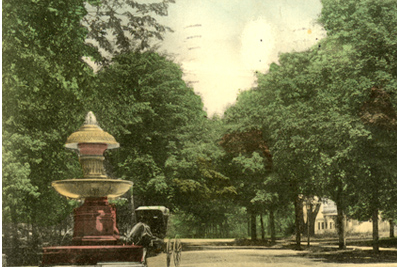 The fountain includes the Biblical reference the inscription "Thirsty and Ye Give Me Drink." 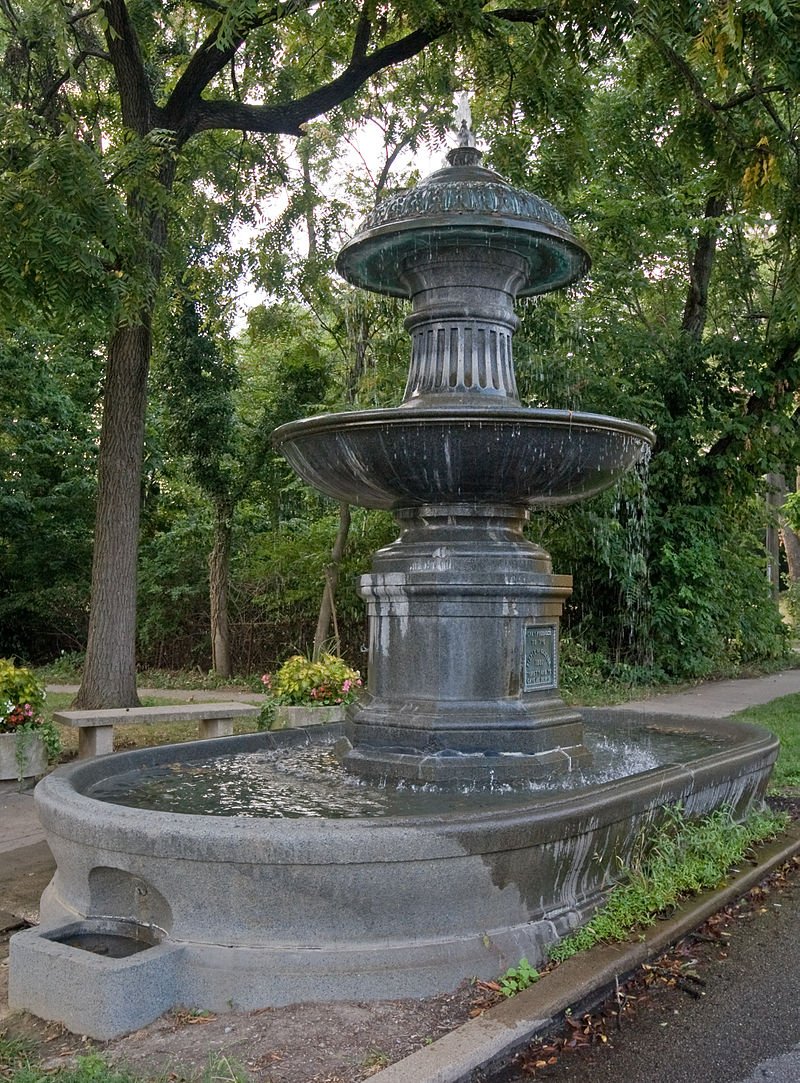 Henry Probasco and his business partner Tyler Davidson became wealthy from their Cincinnati based hardware stores and decided to  use part of their wealth to create this fountain which quickly became one of the symbols of the Clifton neighborhood. The fountain is inscribed with the words "To the People of Cincinnati" and is nicknamed "The Lady."

The fountain originally offered drinking water for the people of Clifton Avenue to enjoy and features four separate drinking basins: one for people, one for horses, one for dogs, and one for birds. The fountain was originally placed in the middle of the street. The fountain contains the following inscription: "Thirsty and Ye Give Me Drink." Samuel Hannaford designed this fountain along with Music Hall and many other Cincinnati landmarks.