Nestled on the southwest side of Chicago’s Grant Park is Agora, a sculpture composed of 106 headless torsos made of cast iron standing 9 ft tall. The torso sculptures are placed walking in groups or standing still. Agora, Greek for “meeting place,” was donated by sculptor Magdalena Abakanowicz along with the Polish Ministry of Culture and private donors. 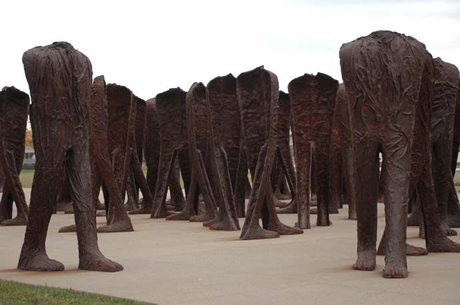 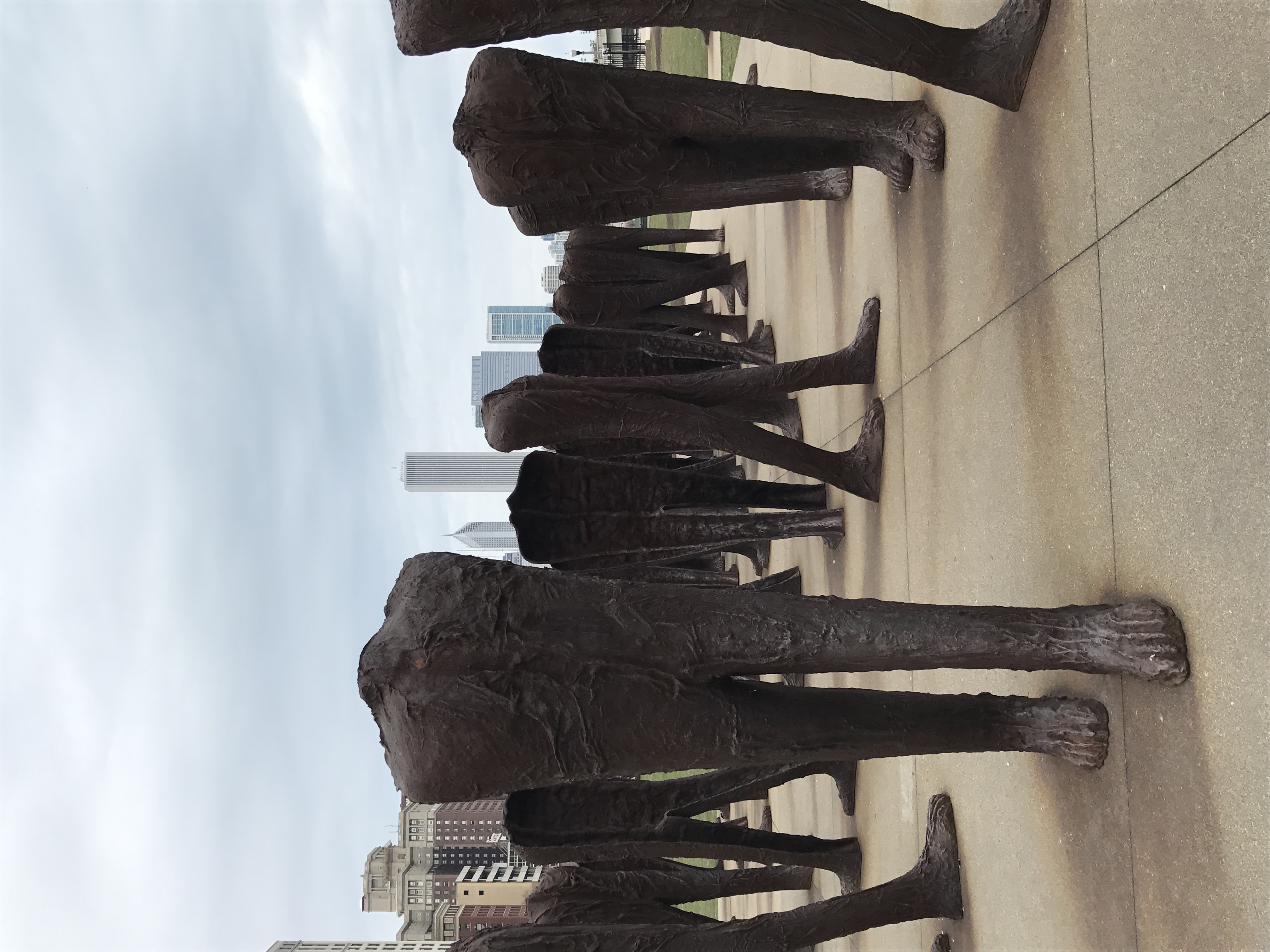 Born in 1930, Magdalena lived through WWII and the 45 years of Soviet rule that followed.  Highly influenced by this time, she began creating the sculptures of Agora in the 1970s.  The torsos were first made with burlap and resin before Magdalena began using bronze, steel, and iron.  She is frequently exhibited in museums and other public spaces, but Agora is her largest permanent installation.

The artists donated the artwork's design and worked with a group of Polish artists offered to construct the pieces in Poland. Agora was brought to life by the Polish Ministry of Culture and a Polish private foundation.