This historical marker commemorates a modest country farmhouse that was built by Rosa Parks’ grandfather, Anderson McCauley in 1884. After Rosa Park’s birth on February 4th, 1913, in Tuskegee, she and her family moved to this farmhouse where they lived for two years. In 1915, Parks' parents separated and she moved to Pine Level. Ninety-one years later the home was preserved and given a historical marker in April of 2006 by the Historic Chattahoochee Commission, the Henry County Historical Group, State Representative Locy Baker, and State Senator Myron Penn. Around the time the historical marker was erected, the home was restored and is currently owned by the Abbeville Chamber of Commerce, but the building has once again fallen into disrepair. 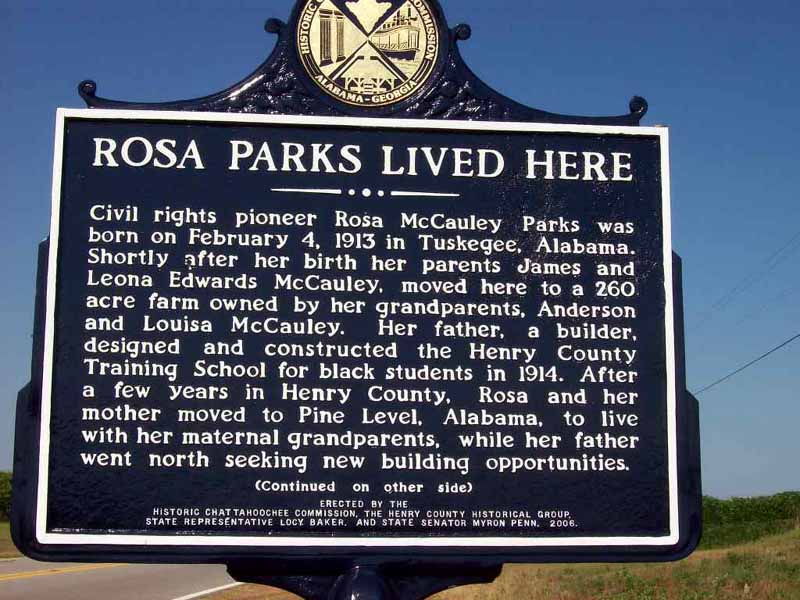 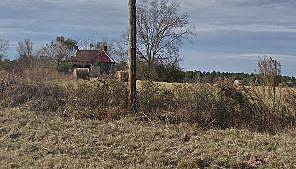 Rosa McCauley was born in Tuskegee Alabama on February 4, 1913, to her mother and father, Leona Edwards and James McCauley. Her mother was a teacher and her father was a carpenter. Rosa was a sickly child after being born, struggling with fevers for much of her younger childhood. After being born, Rosa McCauley and her family moved to her paternal grandparents’ home in Abbeville AL. While there her father designed the Henry County Training school for Black students in 1914. Only 2 years after moving to Abbeville, Rosa McCauley’s parents split, with her father traveling north to find work while her mother moved to Pine Level to live with her maternal grandparents.

After moving to Pine Level, Rose McCauley married Richard Parks in 1932, taking on the Parks surname. After marrying Richard Parks, he encouraged her to get her high school diploma and register to vote. Long before her famous protest in Montgomery, Rosa became a member of the NACCP and participated in the organization and assisting in early Civil Rights efforts. In 1944 Parks would return to Henry county on behalf of the NACCP to investigate the alleged rape of a young Black mother by seven white youths. Eventually, she would gain her national notoriety on December 1st, 1955 when she refused to relinquish her seat on a Montgomery Alabama bus.

Rosa Parks’ paternal grandparents were Anderson McCauley and Louisa Collins. Anderson McCauley was born in Georgia. He was the son of Ghiogee, a Poarch Creek Indian woman, and Charles McCauley, a soldier of Irish and Cherokee descent. Charles McCauley served in the 10th battalion of the North Carolina Heavy Artillery during the Civil War. Anderson McCauley married Louisa Collins, who was the daughter of a mixed-race slave. The couple moved to Abbeville AL in 1884 and would eventually acquire more than 500 acres of land and build his home on that land. Anderson was the father to 17 children, only 10 of whom survived childhood. He worked with his sons to build homes across Alabama’s Black Belt region.

In April of 2006, only one year after Parks passed away, a historical marker was erected commemorating the historic home and establishing it as a monument to Parks’ childhood. The marker was placed by the Historic Chattahoochee Commission, the Henry County Historical Group, State Representative Locy Baker, and State Senator Myron Penn. The house is currently owned by the Abbeville Chamber of Commerce and was repaired around the time of the marker’s placement, but has since fallen into disrepair.