The Vilna Shul is a historic synagogue in Boston’s Beacon Hill area that now serves as a Cultural Center that hosts events, programs, educational tours, and Jewish services one Friday a month and on holidays. Current exhibitions are Reconnect Tapestry and Restoration of the Vilna Shul. 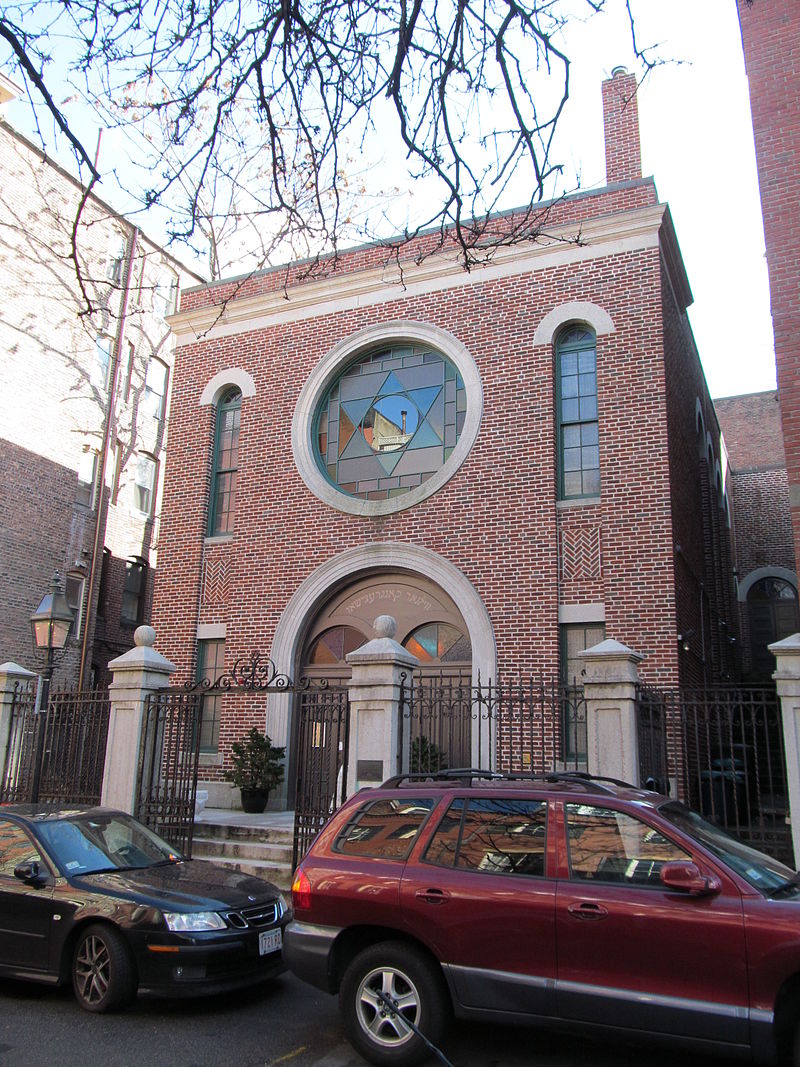 When Jewish immigrants came to America in the 1800s, they settled in the North and West ends of Boston.  Immigrants from Vilna Guberniya (present day Vilnius, Lithuania) formed the Jewish neighborhood on the north slope of Beacon Hill in 1893.  In 1909, the Anshei Vilner (the name of this Jewish community) bought the former 12th Baptist Church, which served as their synagogue for 10 years before the city bought and demolished the building for city expansion.  In 1919, they bought a new lot and had their synagogue designed by the only Jewish architect in the city, Max Kalman.  This building served as their synagogue for 65 years.  The last Rosh Hashanah service was held at this synagogue in 1985.