Destrehan Plantation dates back to 1787 and is operated by the River Road Historical Society which acquired the property in the 1970s. The plantation was the site where eighteen enslaved persons who led the German Coast Uprising of 1811 were placed on trial and sentenced to death, including three enslaved persons from this plantation. The largest rebellion in the region and perhaps the largest in the United States with as many as five hundred participants, the German Coast Uprising is central to the history of the region, as was the system of slavery known as the Creole System that was created by Jean Noel Destrehan, this plantation's original owner. The River Road Historical Society has done more to incorporate the history of slavery in recent years, but they also continue to hold a variety of celebrations and weddings centered upon nostalgia for the Old South and photos on the organization's website and social media in 2021 depict only white attendees of these events. At the same time, the organization has added events in recent years that center on the experience of the enslaved and legacy of slavery. Similar to many Southern plantations, the experience of visitors is largely shaped by their interests. For many white residents, the plantation is a place of revelry and nostalgia for the Old South. At the same time, a growing number of educational events are attended by young people, African Americans, and those who seek out information or ask questions of the interpreters who offer tours.

The plantation home was preserved by the River Road Historical Society 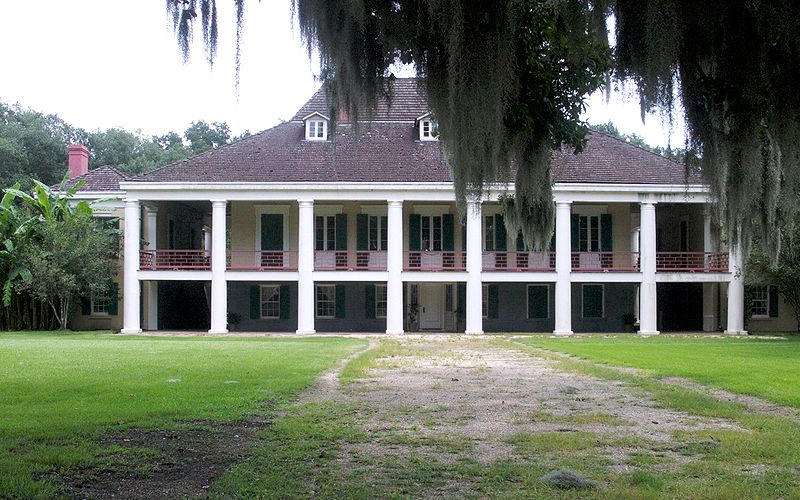 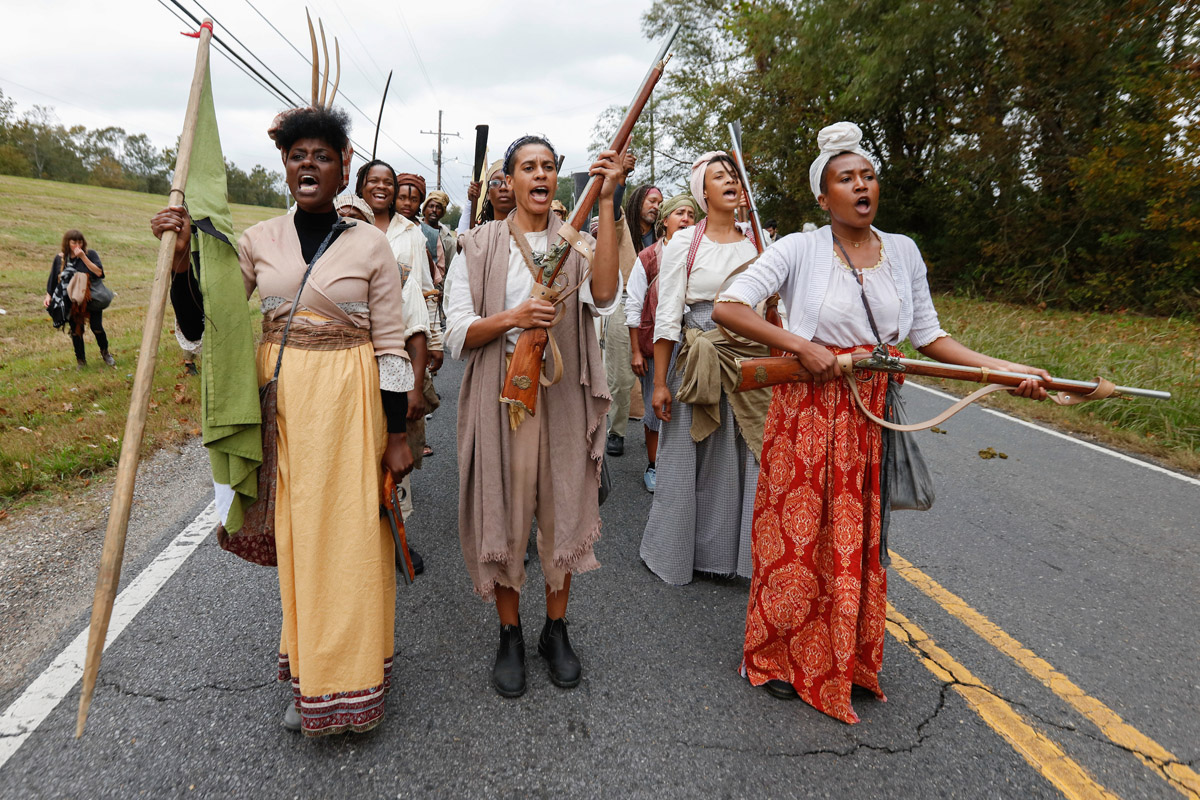 Along with guided tours, the plantation offers several exhibits pertaining to a variety of aspects of Louisiana's history. For example, the original document signed by Thomas Jefferson from 1804 assigning four men to the Orleans Territorial Council is on display in the plantation's "Jefferson Room." There are also signs related to the experiences of German immigrants, enslaved persons, and artifacts and documents that were owned by the Destrehan family. Demonstrating the addition of interpretive spaces, the 1811 Slave Revolt Museum is available along with a research and educational center that offers a history of a new system of enslavement developed here known as the "Creole System for the way it blended some of the harshest aspects of enslavement with benefits that could be taken away as a way to provide more power and wealth to those who operated the sugar plantations of Louisiana. The plantation also has many of its original outbuildings still on the premises. Despite the practice of holding weddings in buildings that held enslaved people being heavily criticized by leading publications in the wedding industry such as The Knot, the largest original structure can still be booked for weddings and dinner parties.

The addition of more context regarding the plantation's connection to slavery, the experiences of the enslaved, and the 1811 slave revolt demonstrates a change in the organization from the activities of the late 20th century when the organization held numerous events that celebrated the "Old South." The German Coast Uprising of 1811 was likely the largest slave rebellion in American history. Inspired by news of the Haitian Rebellion and the arrival of enslaved people who had direct knowledge of previous rebellions, the uprising began on January 8, 1811, and lasted for three days. Charles Deslondes, a man of mixed racial heritage who was compelled to force his fellow enslaved to work on Manuel Andre’s plantation, organized the enslaved to take up arms, including attacking Manuel Andre with an ax. Andre survived the attack and managed to escape, but his son was killed by the revolting forces and the plantation was subsequently taken under control by Deslondes’ group. The rebels moved along the river towards New Orleans with the goal of adding more supporters. Thanks to advanced planning, at least 500 enslaved persons joined the rebellion as it moved towards New Orleans. Some were armed with guns and leaders even wore stolen militia uniforms and rode horses to demonstrate that theirs was not a spontaneous rebellion, but one that had a chance of dealing a death blow to slavery itself.

As word spread of the rebellion, white men moved to stop the uprising from growing larger. While the militia was in West Florida, the governor called upon the people of the city to form a special militia to defend New Orleans. He then called upon US General Wade Hampton, an owner of some Louisiana plantations who created a mixed force of volunteers and regular troops. Hampton’s group immediately left to confront Deslondes. Additionally, another group, led by Major Homer Virgil Milton was descending on the revolutionaries from Baton Rouge. A third party formed by Manuel Andre, whose plantation was the origin of the revolt, also flanked the group led by Deslondes. Andre’s party made first contact on the morning of the 10th of January and routed the outgunned rebels, leading many to scatter into the woods. The militias dedicated the next day to find any of the rebels with plans to make examples out of all. On the 12th of January, Hampton declared the uprising quelled and informed Clairborne. In the end, the revolutionaries had killed only three people, two whites and one slave, while the suppressors of the uprising had killed sixty-six Black people during Andre’s encounter alone. On January 13th, the trial that would lead to the execution of eighteen participants commenced at Destrehan Plantation.