In the early 1920s Archibald MacArthur purchased the area from Rush Avenue in the southwest portion of the City of Binghamton to Bunn Hill Road in the Town of Vestal. MacArthur hired well-known city planner John Nolen to design what was to become a planned community called Vestal Hills. Although the project was abandoned by 1929, thirty-one properties along the south bank of the Susquehanna River were sold as residential lots with a covenant specifying they be used for a one-family dwelling in perpetuity. Built in the 1930s the unique homes faced what was then Vestal Avenue. The 9-hole Vestal Hills Country Club was across the road where Binghamton University Plaza is now located. At the back of these homes, on the south bank of the river, the well-preserved remnants of the Chenango Canal Extension towpath and prism can still be seen. In recent years as families moved from the homes, they were purchased by a developer who fought to demolish the homes opening the land for other uses. Approximately half of the original homes remain. Historic Designations: 2012 Local Historic Landmark 2009 New York State Register 2009 National Register Eligible 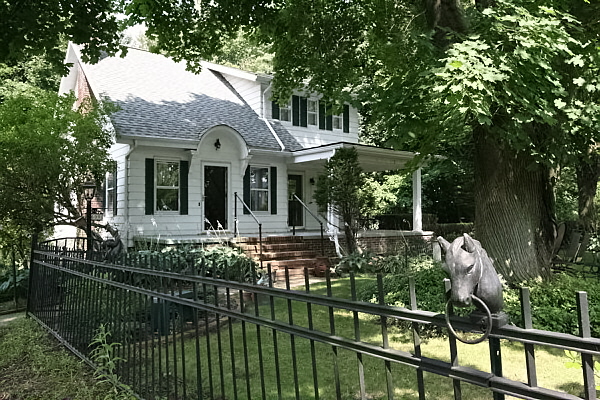