Established in 1812, Fort Ross is the site of a historic Russian settlement and fort and the only such site (and the furthest south) the Russians founded on the continental United states. It is is situated near the coast and a part of Fort Ross State Historic Park. The site consists of two reconstructed blockhouses, a restored commandant's house, a restored chapel, and a reconstructed blockade that protected the settlement. The purpose of establishing the fort was to establish trading ties with the Spanish, who by then were present in California, and so that it could serve as an agricultural depot that would supply the Russian bases in Alaska. The Russian presence greatly concerned the Spanish as well as the Americans in the east. The fort is listed on the National Register of Historic Places and is a National Historic Landmark and California Historical Landmark.

The Chapel was originally built in the mid-1820s. It was the first Russian Orthodox structure in North America outside of Alaska, although Ross had no resident priest. 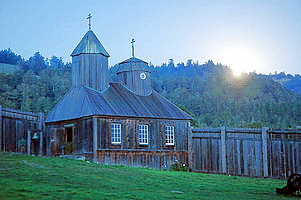 View of inside the fort and the reconstructed blockade wall 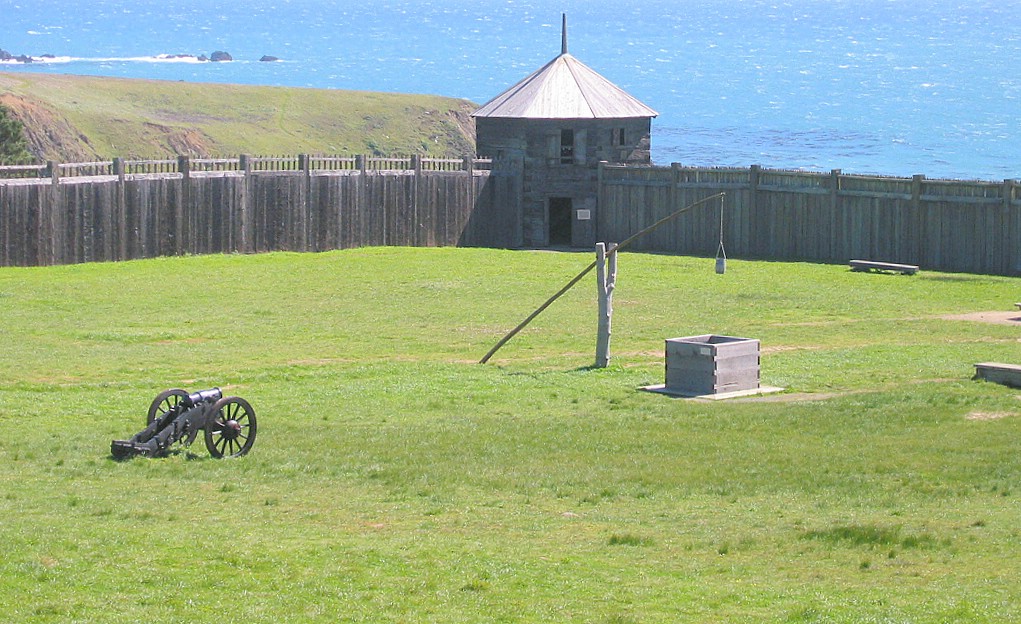 The Russians had a policy of not dominating the native people's they encountered; they were more concerned about establishing trading ties. In terms of Fort Ross, the Russians wanted to make the post economically profitable, which it never came to be in the end. The Russians arrived numbering about 100 and also with a large number of Aleutian natives. They built the fort and established good relations with the native inhabitants in the area, the Kashaya people. For about three decades, the settlement was a tri-cultural community. Many Kashaya worked as laborers at the fort. By 1840, the fort proved to never be profitable so the Russians sold the property to a private owner and pulled out. It remained in private hands until the early 1900s when the state acquired it for preservation.

The park grounds are open daily from sunrise to sunset. The Fort Compound and Visitor Center days/hours vary by season. 10:00am-4:30pm Fridays, Saturdays, Sundays, and Mondays.