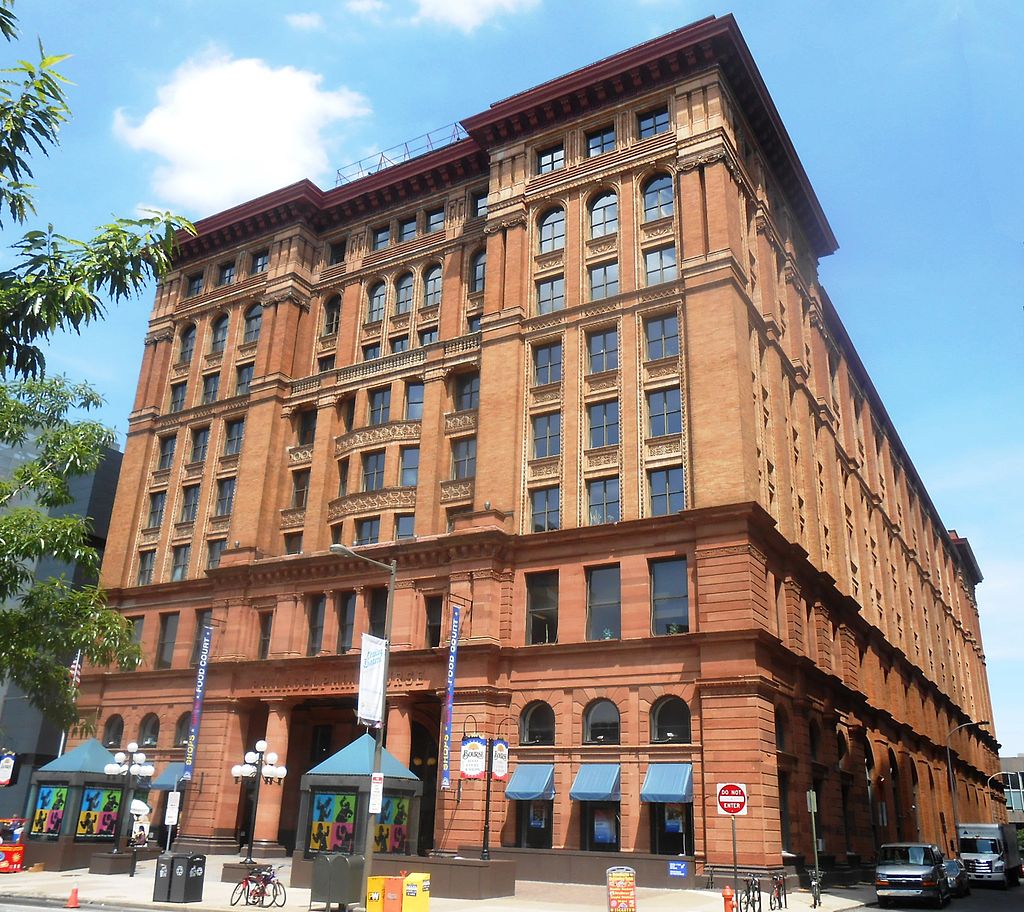 George E. Bartol, a grain and commodities exporter, took a trip to Europe in 1890 and visited the Bourse in Hamburg, Germany. So inspired by his visit, he created the Philadelphia Bourse Corporation, modeling it after the Hamburg Bourse. Bartol organized the Philadelphia business community and asked each new member of his new company to pledge $1,000 to the project. When the building opened (1895), it functioned as the nation's first commodities exchange. The Bourse offered ample space for Philadelphia manufacturers to display and market their products in a centralized location available to merchants from around the globe who could arrive by train or ship.

G. W. & W. D. Hewitt designed the steel-framed Beaux-Arts building – one of the first to be constructed (1893 to 1895). The eye-catching exterior consists of Carlisle redstone, Pompeian buff brick, and terra cotta. Also, the building enjoyed some of the best technology available in 1895. The latest financial news from across the globe arrived at the Philadelphia Bourse via the telegraph, and pneumatic tubes connected the Bourse directly with the United States Post Office.

The Bourse stopped functioning as a commodities exchange in the 1960s. Still, the historic structure operated as an office building until 1979, when it was sold and renovated to include upscale retail space on floors near the street level. The sale also came with a name change, renamed simply The Bourse. However, the decades-long westward shift in the Philadelphia community made drawing tenants challenging for The Bourse. Thus, renovations during the early 1980s allowed The Bourse to transition into a building that dually supported offices and service industry businesses; it opened in 1982 as a combination office complex and shopping mall. More recently, a $40 million renovation project from 2016-2018 included creating a food hall with thirty vendors. In addition to the food hall, the building is home to nine floors of office space, which includes a Mexican Consulate.