On this location the remains of those who fell during a massacre in a nearby canyon are buried. A band of local Caifornios militia, loyal to the Mexican government, alongside Cahuilla Indian allies, entrapped and killed a number of Luiseno Indians, a tribe allied with American and rebel Californios forces, in December of 1846. The total number killed is a debated issue that ranges from 33 to 125. This massacre was in response to another massacre days earlier north of modern-day Escondido (Pauma Massacre), by Luiseno Indians whom had captured and killed 11 loyalist Californios lancers, participants in the Battle of San Pasqual/Pascual. Pascual resulted in a costly victory for American forces led by Stephen Kearny (though the results of this battle are still debated today). Although this massacre for over a century was seen as an isolated incident, currently historians are seeing this massacre as another conflict in Southern California during the Mexican War over whom would be in control of the areas of San Diego, Los Angeles and in between.

Aerial Google Map view of massacre site area by the Camino del Vino Road. The location where the massacre is believed to have happened is marked by a red circle 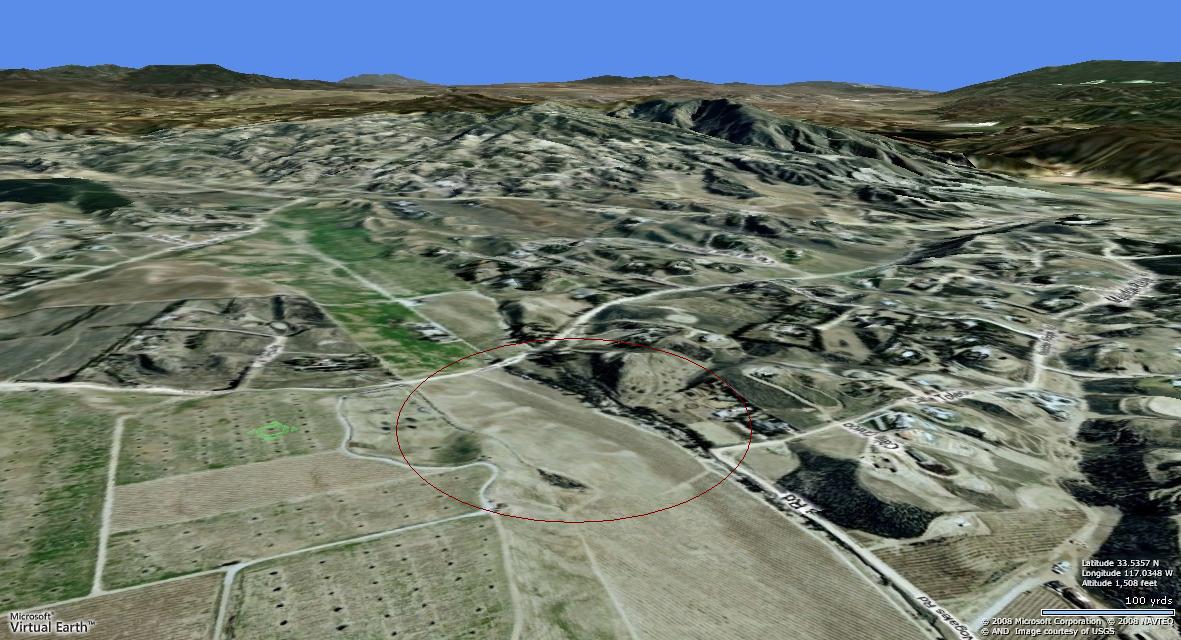 Sketching of what Californios Lancers might have looked in in 1846. 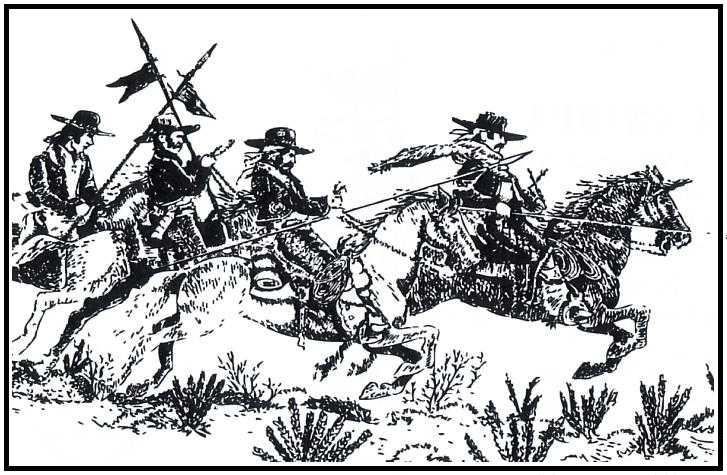 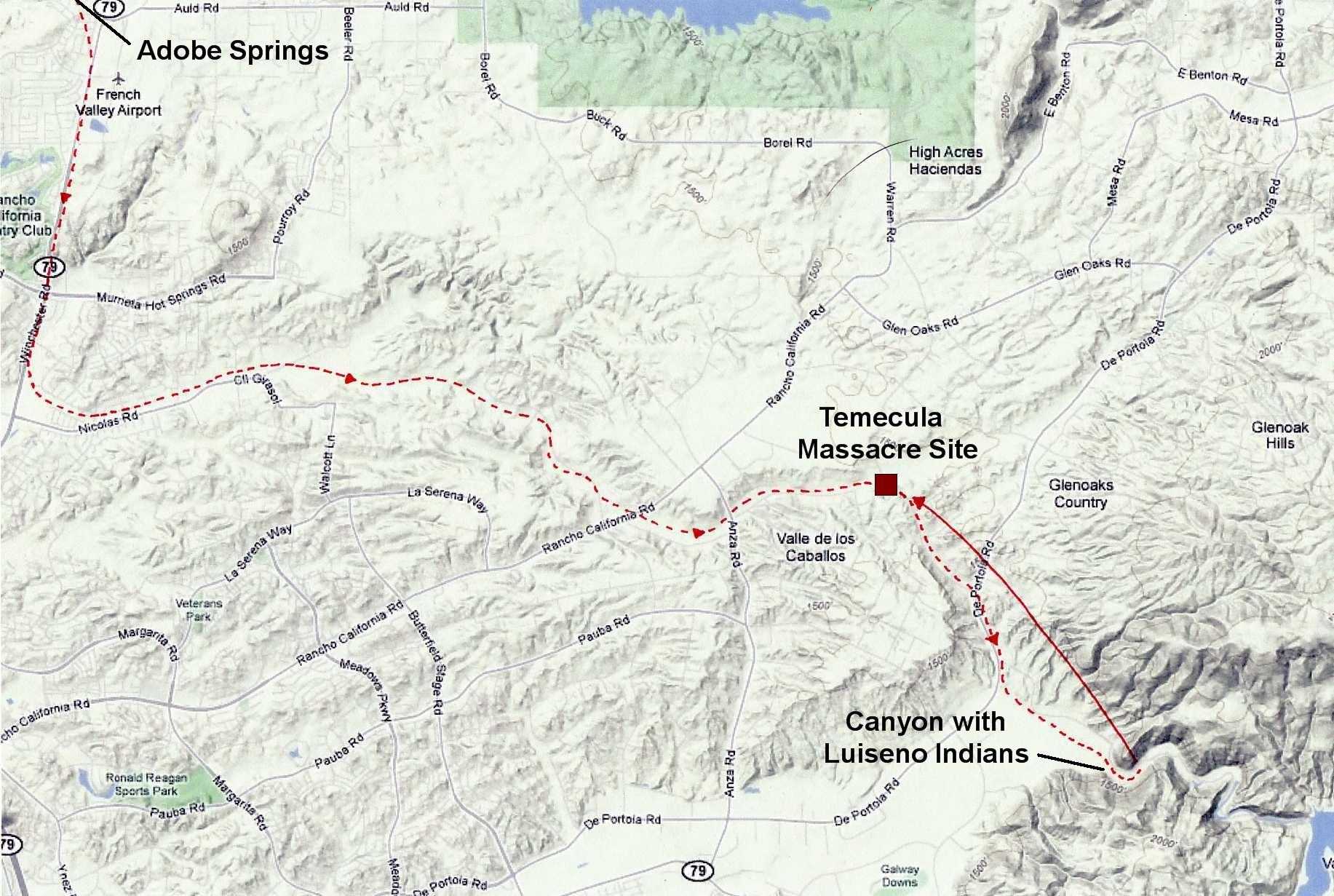 Horace Parker's 1971 book on massacre. The "go-to" book currently on the Temecula Massacre. 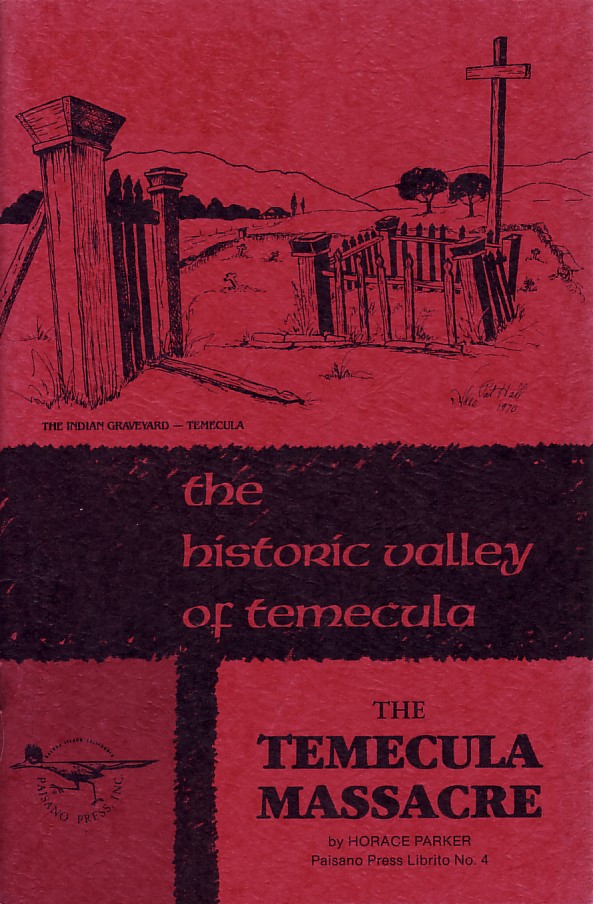 *Site is now a Pechanga Tribal Cemetery and is surrounded by a cement wall. Access to interior is currently prohibited. The site of the massacre took place near present day Camino Del Vino road a couple miles southeast of burial site.

In a conflict that was part of the Mexican War, in the Battle of San Pascual on December 6, 1846, Andrés Pico led a force of loyalist Californios against the United States. Soon after, a small group of the Mexican/Californio lancers stole horses from the Pauma Indian tribe nearby the battlefield. The Luiseno Indians caught and executed the eleven Californios from Pico's forces, in what became known as the Pauma Massacre. When the Mexican General Jose Maria Flores in Los Angeles learned about the killings, he sent Jose del Carmen Lugo from San Bernardino with a force of men to capture and execute the tribal leaders responsible.

While en route to the Temecula Valley, Lugo encountered Chief Juan Antonio, leader of a group of Cahuilla Indians, who joined his forces. The two groups set up camp along the Santa Gertrudis Creek. Lugo was to wait for reinforcements from Los Angeles. Learning that Jose Ramon Carillo and a group of men were at the Mission San Luis Ray de Francia, Lugo requested him to provide assistance. Carrillo and his men joined Lugo and Chief Antonio. Word reached the Temecula village that Californios from Los Angeles were headed to the valley and the Luiseñno went east into the canyon and hid.

Lugo sent a few men to find the Luiseño warriors and the men reported back that the Luiseños were hiding. Lugo knew if his men went into the canyon they would be trapped, so he decided to draw the Luiseño out of hiding and into his own trap. Just west of the canyon was a small meadow with rolling hills on either side. The Cahuilla took position on one hill, and Lugo set his men on the other. Carrillo and his men went into the canyon, where they feigned fatigue. Young Indian warriors thought they saw an opportunity to take the Californios. The chiefs tried to calm them, but the warriors attacked the Californios.

Carrillo and his men fled from the canyon into the meadow, pulling the warriors in pursuit. Once the war party was in the meadow, the Cahuilla and Lugo's men attacked the Luisenos, and Carrillo's men turned and attacked as well. Many warriors were killed; others surrendered. A few warriors escaped and headed toward Aguanga.

Lugo turned over the captives to the Cahuilla, their traditional enemy. Lugo and a few men pursued the escaped Indians. When Lugo returned, Chief Antonio had already killed all the prisoners. The Californios and the Cahuilla regrouped at their campsite. Another group of soldiers, led by Diego Speulveda, joined Lugo at the campsite. Sepulveda's men had been delayed in joining Lugo.

After the massacre, the dead Luiseno warriors were gathered up quickly and buried in a common grave near the Temecula village. The Mormon Battalion arrived shortly afterwards ot the area and the Luisenos asked the battalion to guard them as they buried the dead. Historians disagree on how many Luiseno warriors were killed at the massacre. Some report thirty-three and still others report one hundred and twenty-five. The dead were buried at this location.

The Luiseno Indians are today known as the Pechanga Indians.