The McLeod Plantation opened to the public in 2015. From 1770 to 1980 African Americans lived and worked on the property, both enslaved and free. Today the property is preserved and open the public to demonstrate the lifestyle of a middle class plantation family, and the enslaved individuals who lived there. Additionally, the Plantation played a unique role in the Civil War, including hosting several army troops from both the North and the South, as well as a hospital and transition housing for newly freed African Americans.. 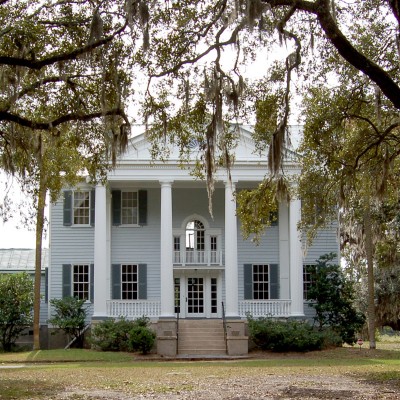 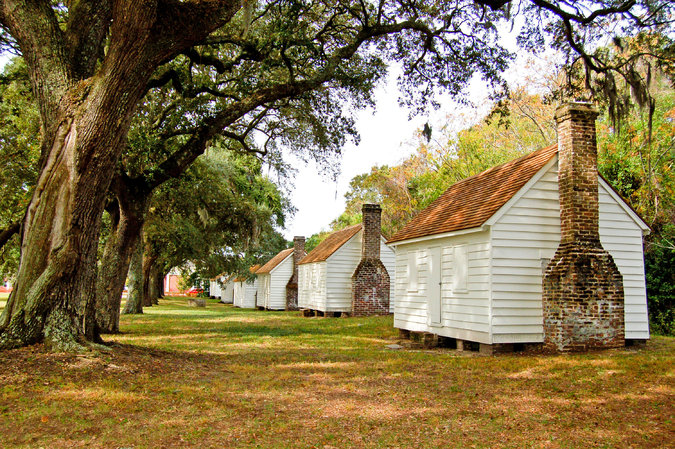 The McLeod Plantation was established in 1851, after transferring multiple owners in the previous century. William McLeod built the main house, as well as 23 slave cabins for nearly 75 enslaved African Americans. During the Civil War, the family relocated, and the home was used as a Confederate Field Hospital headquarters and commissary for four years. In 1965 Union forces occupied the property following the 1865 evacuation of Charleston. The occupying troop was the 54th New York and 55th Massachusetts, primarily comprised of black soldiers. The soldier’s lived in the home and camped on the land during their time in Charleston.

Following the time after the war, the property remained in possession of Union troops.  For nearly ten years the Freedman’s Bureau operated from the McLeod Plantation. During this time the slave houses and land were used to house newly freed African Americans.

The McLeod Plantation would come to hold a unique and significant place in historic African American Gullah Geechee heritage and culture. The property housed a row of six buildings referred to as "Transition Row”. Generations of both enslaved Africans Americans and freed African Americans would live in these properties from the late 1700s through to the 1980s.

In 1878 the property transferred back to the McLeod family. Over a century later it would be donated to the Historic Charleston Foundation. The Historic Charleston Foundation restored several buildings on the property and proposed the addition of a fire and police station on the land. While working to excavate in preparation for these buildings, a historic cemetery was discovered on the site. The project was moved to a different location, and the Charleston County Park and Recreation Commission would come to own the land, thus stabilizing and preserving the remaining buildings, and opening them to the public for historical education purpose.

Today the property offers visitors the opportunity to tour the McLeod main home and the area surrounding the slave quarters, learning about the people who occupied the property. It also draws comparison between the living conditions of the McLeod’s and the people they enslaved. The process and cultivation of sea island cotton is explored, along with insight provided as to the plantation’s strategic importance during the Civil War. The African America experience is emphasized, allowing visitors to learn about Gullah culture in the Lowcountry, along with the roles of the free black Massachusetts 55th Volunteer Infantry in emancipating he enslaved people.