Located on the outskirts of Kansas City just south of the Kansas River, the Sauer Castle remains an everlasting image of wealthy life in Kansas City in the second half of the 19th century. Consisting of an Italianate-style mansion with an evocative gothic tower standing above the structure, the Sauer Castle is assumed to be the work of the first trained architect in Kansas City, Asa Beebe Cross, as well as the finest example of an Italianate Villa in the State of Kansas. Dating back to its construction in 1872, the Sauer Castle and its first inhabitants, prominent local businessman Anton Sauer and his family, represent the legacy to succeeding generations who’ve helped shape the Kansas City landscape. Since the 1930s, however, the Sauer Castle has been a prominent suspect of paranormal activity. This belief of ghosts in the house prompted significant vandalism throughout the second half the 20th century, and the house has continued in deterioration since at least the 1980s. These ghost stories also come from a series of true, tragic deaths associated with the house. Sauer Castle stands as a U.S. National Landmark, it is listed on the Register of Historic Kansas Places, and it is listed on the National Register of Historic Places. Nowadays, many public organizations and concerned community leaders fear for the building’s future as continued deterioration breaks down the house as well as its history.

Sauer Castle was built in 1872 and is believed to be haunted. 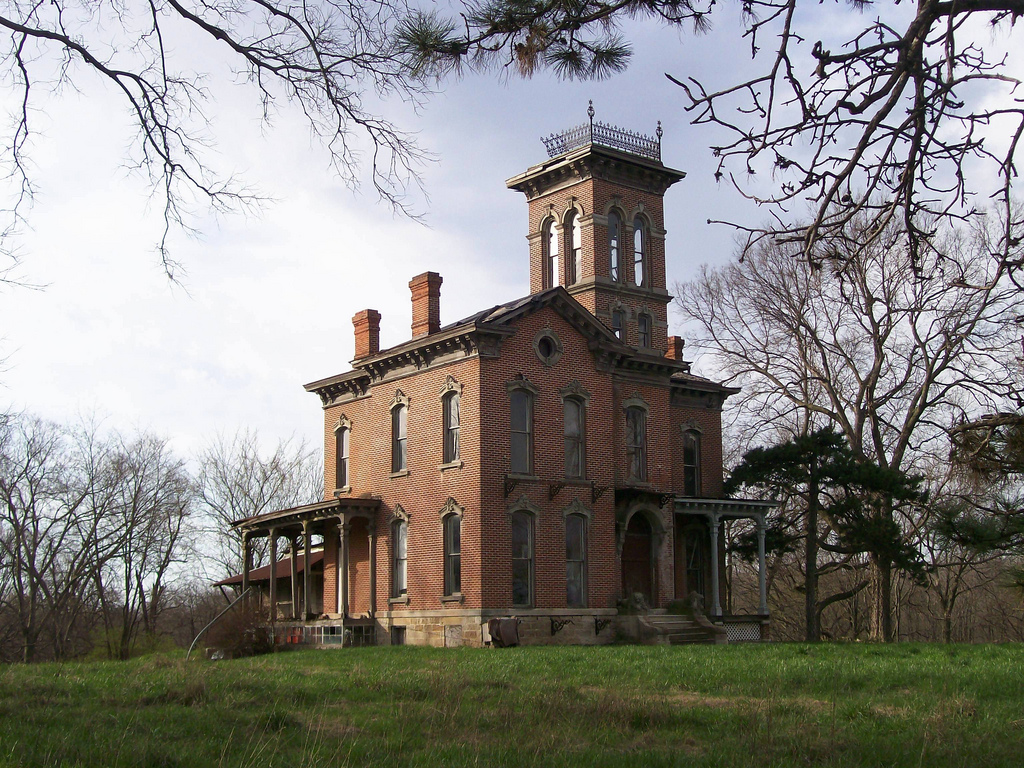 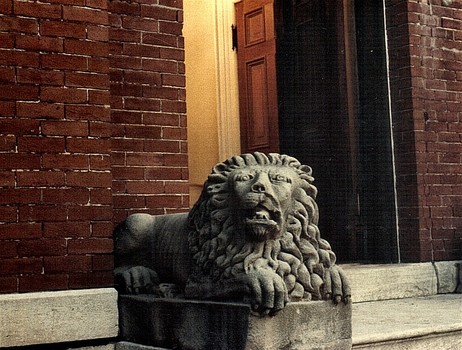 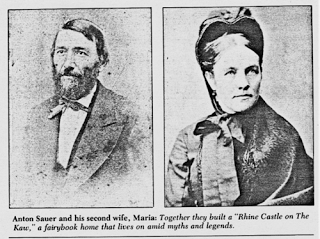 The fascinating and tragic history surrounding Sauer Castle dates back to Anton Philip Sauer, who was born in Germany in 1826. First searching for his fortune in Australia, Sauer and his wife, Francesca, eventually moved to New York City in 1858. He eventually opened a tannery and leather-import shop, but after the death of Francesca, Sauer closed the shop and headed west to search for a climate more suitable to his health. Some historians suspect that by the time Sauer decided to move west, he was already diagnosed with tuberculosis.

By 1867, in the years after the devastating Civil War, Sauer arrived in Kansas City. After years of searching his fortune, Sauer finally achieved a considerable level of wealth with his newly opened tannery, a partnership with Cider and Sauer Wholesale Groceries, and becoming the president of the German American Savings Association.

During these years, Sauer also married Mary Einhellig Messerschmidt and added her two children to his five (the five he had with Francesca). With a family and some money, Sauer began looking for a place to build a home, and in 1870, he settled upon the ridge south of the Kansas River. The land, however, was located on the south side of the old Shawnee Road. Sauer purchased the land and by 1872, he and an unknown architect (though many historians highly believe that Asa Beebe Cross was the architect) built the three-story, twelve room house.

Anton Sauer died of tuberculosis in 1879, seven years after furnishing and moving into the house. He died in the master bedroom and left the house to his wife, who eventually killed herself via hanging in 1919. These two deaths would set the stage for a series of prominent ghost stories surrounding the house.

When it was built, the Sauer House was widely regarded as the finest example of an Italianate Villa in the entire State of Kansas. Its four-story tower was the principal feature of the house’s facade. The walls of the three-story portion of the house include a standard brick style, while tall windows with round headings and ornately carved stone heads were grouped in pairs along the base.

The interior of the house featured a central hall under an ornate arch, a parlor fireplace with a marble mantlepiece, a music room, a library, and several other rooms. Most of the furniture supposedly came from Venice, and the interior (as well as exterior) showcased the cultural lifestyles of Kansas City’s wealthiest inhabitants.1

An unfortunate factor that has led to significant vandalism and deterioration of the house is the reported paranormal activity at the house. The origin of these stories can be associated with the death of Anton and Mary’s 14-month-old child, Anton’s death by tuberculosis in 1879, and Mary’s suicide by hanging in 1919.

After Mary’s suicide, their daughter, Eve Maria Sauer, continued living in the house and eventually married William C. Van Fossen. Their marriage failed 18 months later, and then Eve married a local widower and prominent businessman John S. Perkins. Mr. Perkins would also go on to commit suicide via handgun, and Eve also died in the house (of natural causes) in 1955. By 1988, Anton Sauer’s great grandchild Carl Lopp bought the empty house seeking to restore it, but has thus far been quite unsuccessful.

Some of the ghost stories associated with the house have included lights from the tower, crying and shouting coming from the house, the apparitions of Eve and John Perkins, and other apparitions. Before Carl Lopp bought the house in 1988, a Bud Wyman and his son and daughter-in-law bought the house in 1987 hoping to turn it into a bed and breakfast. As noted by the timeline, they left less than a year after the purchase, and many claim that this is due to the supposed hauntings. Also, many house caretakers have not been able to last long working on the property.2