The World War I Museum and Memorial in Kansas City Missouri, is recognized by the United States government as the nation's official World War I museum. The landmark began as the Liberty Memorial, a monument created from 1921-1926 to honor Kansas City residents who had died during the war. The memorial was the product of tremendous community organization. Prominent locals operated a planning community, and city residents crowdfunded over $2.5 million for the project in less than two weeks. The monument draws from various architectural styles, including Beaux Arts Classicism and Egyptian Revival, and features an illuminated, 217-foot, limestone shaft at the center. Renovations starting in 1998 included the expansion of a World War I museum underneath the monument. It reopened in 2006 as the National World War I Museum and Memorial. The museum portion of the complex includes thousands of artifacts as well as the Edward Jones Research Center. The Liberty Memorial is listed on the National Register of Historic Places and is a designated National Historic Landmark.

A field of 9,000 red poppies, each one representing 1,000 combatant deaths

Aerial view of the memorial and museum 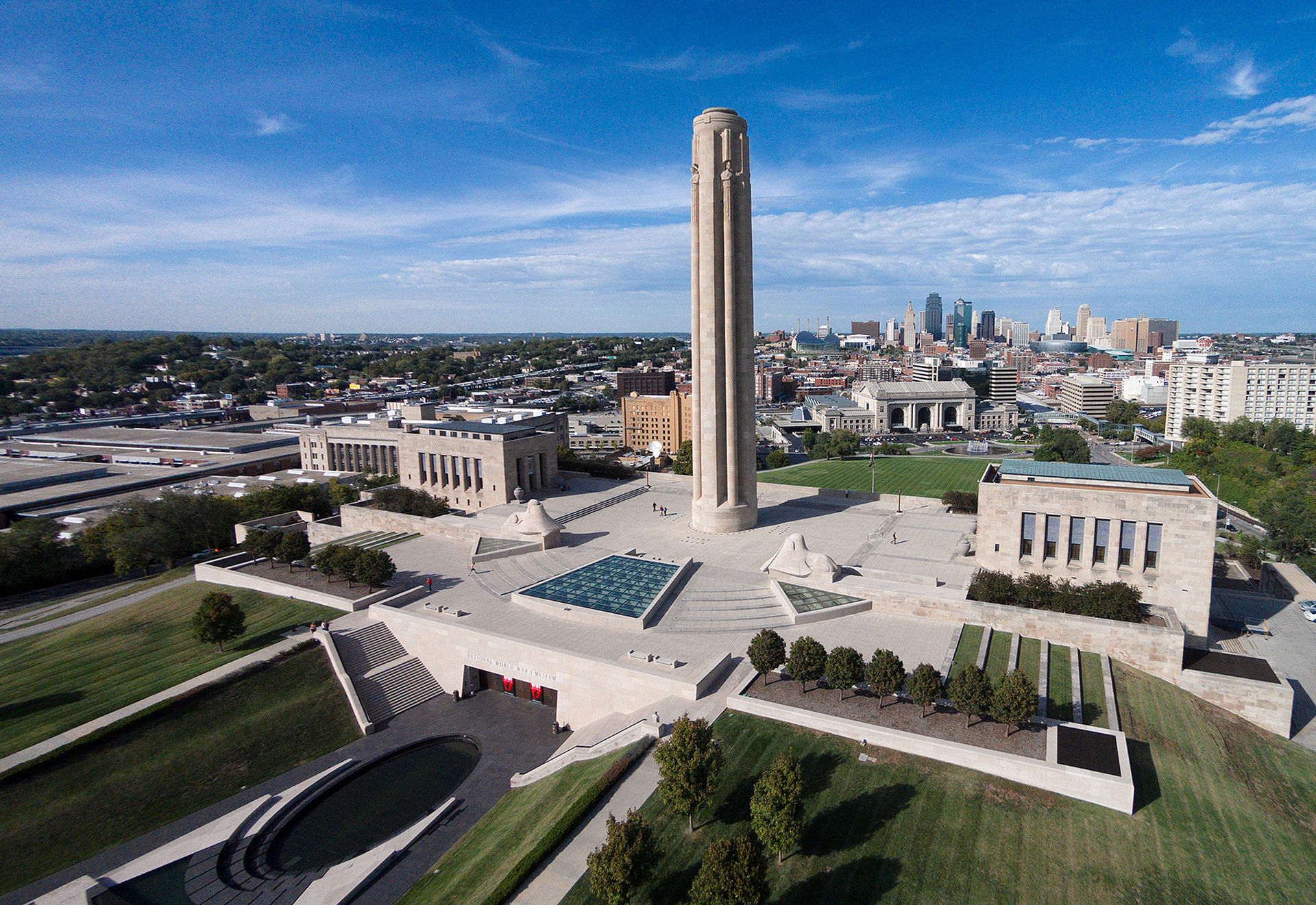 View of Sphinx on the exterior of memorial and museum 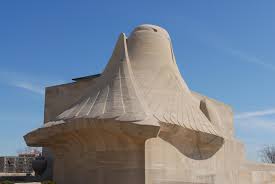 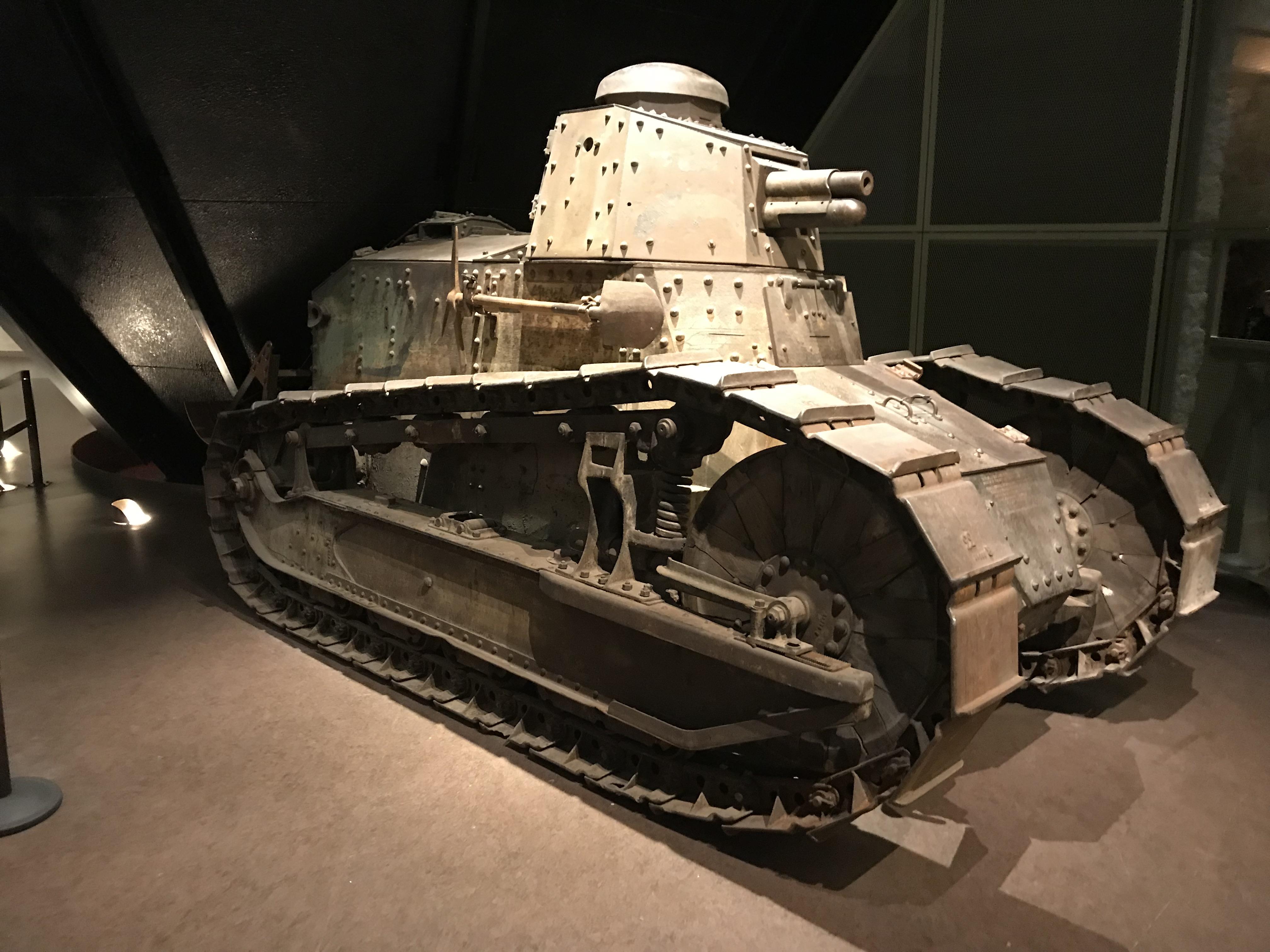 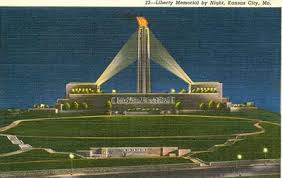 Of the millions of soldiers who perished during World War I, 441 were from Kansas City. Residents of the community proved eager to commemorate the conflict. In late 1918, shortly after the November 11 armistice ending active combat, prominent citizens of Kansas City organized the Liberty Memorial Association (LMA) to build a war memorial. The organization was led by noted local businessman and philanthropist Robert A. Long. The group launched a wildly successful fundraising campaign: in the span of ten days, over $2.5 million was raised through 83,000 individual donations. The Kansas City economy was booming during the early twentieth century, which made such large-scale public projects financially feasible.

The LMA selected architect Harold Van Buren Magonigle and the firm of Wight and Wight to design what became known as the Liberty Memorial. They developed a limestone and granite complex consisting of a courtyard, a “Memory Hall” on the east side, and a “Museum Building” on the west side. The centerpiece was an imposing, 217-foot shaft. At the top was an electric light designed to resemble a fire, dubbed the “Flame of Inspiration.” It was flanked by four statues representing the guardian spirits of Honor, Courage, Sacrifice, and Patriotism. The memorial drew from elements of Greek, Gothic, Beaux Arts Classicism, and Egyptian Revival architecture. Planners chose to locate the complex on parkland directly across from Union Station, which at the time was a major transportation hub and would bring the monument plenty of exposure.

Construction of the Liberty Memorial began with a lavish groundbreaking ceremony on November 1, 1921. More than 100,000 people attended the proceedings. The event was notable for having military leaders from every major Allied nation serve as dignitaries: American General John J. Pershing, British Admiral Lord Beatty, French Marshal Ferdinand Foch, Italian General Armando Diaz, and Belgian Lieutenant General Baron Jacques. The monument was completed in 1926 and formally dedicated on November 11 in another major ceremony that drew over 150,000 people. President Calvin Coolidge delivered the keynote address, with Queen Marie of Romania as his special guest. During the 1930s, landscaping, memorial trees, fountains, and friezes were added to the memorial site.

“It [The Liberty Memorial] has not been raised to commemorate war and victory, but rather the results of war and victory which are embodied in peace and liberty." -President Calvin Coolidge, Dedication Speech, November 11, 1926.

By the late twentieth century, lack of maintenance had left the memorial physically unstable, and in 1994 it was closed for safety reasons. In 1998, Kansas City passed a limited-run sales tax to raise money for the memorial’s restoration. When combined with funding from the State of Missouri, the federal government, and private donors, over $102 million was raised for the project. The renovations that followed also included the creation of a formal museum on the site; over the years, the Liberty Memorial had acquired tens of thousands of World War I artifacts. Located primarily underneath the structure, the new museum facilities were designed by Ralph Applebaum Associates and added 80,000 square-feet of space for new exhibits. The expansion also included the creation of the Edward Jones Research Center, which contains over 300,000 documents available to the public for research. In 2000, with the renovations underway, Liberty Memorial was added to the National Register of Historic Places. Congress designated the Liberty Memorial as the official World War I museum of the United States in 2004 as part of a 2005 defense spending bill. This designation prompted the institution to rebrand itself as the National World War I Museum and Memorial upon its reopening in 2006. That same year, it was listed as a National Historic Landmark.

Today, the museum works to preserve the Liberty Memorial, interpret the history of World War I, and showcase thousands of artifacts to the public. A series of permanent and rotating exhibits, many with interactive and audiovisual features, take an immersive look into everything from the first shots fired in 1914 to the long-lasting effects of the war after the Treaty of Versailles. Artifacts range from typical equipment carried by soldiers to a full-sized French Renault FT-17 tank.