The First Presbyterian Church of Colcord

This First Presbyterian Church of Colcord is located in a community called Colcord in the lower region of Raleigh County. This church is over 100 years old and is still used today. 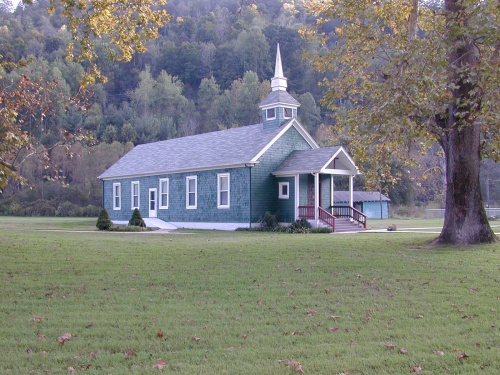 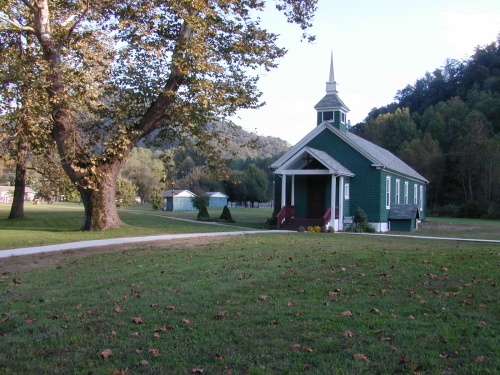 The First Presbyterian Church of Colcord started in a farmhouse by a Presbyterian missionary. The church served the community as a school and church. The area connecting the church and surrounding buildings came to be known as the “Home School” and is still called that today. The chapel was built in 1903 and served as the chapel, classroom, and dormitory.  In 1906 a fire destroyed the chapel. Another chapel was built in 1907 on its foundation. A room was added in 1911. Over the years, funding was a problem. The National Board of Missions restored and the school was allotted funds. However, the funds were not large enough to attract ministers and workers. The idea of community self-support of churches in the valley was dropped, a Synodical Executive was secured, and connection with the National Board of Missions was restored. 1

In 1919, forty girls were in attendance at the school. Elizabeth W. Robinson was a teacher who taught practical housekeeping, food values, meal planning, purchasing, garden maintenance, and the preservation of vegetables. Industrial training was taught in the dorm and the cottage was used for the practice of domestic arts. "Domestic science and sewing" classes were also required. In 1920, agriculture had been added to the curriculum. 1

In 1925, the County Board of Education erected a two-room portable school building. The building was classified as a Junior High School at the Board of Education meeting on August 26, 1924. Twenty Home School students attended public school for traditional subjects and received religious training, household arts, music, nursing, health work and practical experience in Christian community service at the mission school. 1

Over the years, three different fires occurred on the church campus. The first fire was in 1906, the school, dormitory, and chapel burned to the ground. A hanging oil chandelier fell from its position over the stairway. The flames exploded and engulfed the building. This fire killed three young girls who were trapped upstairs. The second occurred on March 15, 1923, when the lower dormitory was consumed by fire. No one was injured during this fire. The third fire was on February 1, 1958, and the upper dormitory building was partially destroyed by fire. Fortunately, there was no one injured during this fire as well. The church raised funds to rebuild each building when they were destroyed by the fires. 1

In the 1940s, The Sycamore Sunday School, an extension of the Colcord Church was established. In 1948, a Negro Conference was held at Colcord for the purpose of promoting better understanding of racial issues. This was a bold move for a segregated area. The Colcord Church became a part of the West Virginia Mountain Project, which was a greater network of Presbyterian Churches in the region. The churches were throughout Boone and Raleigh Counties and extended as far as Nellis and Camp Creek, approximately 30 miles away. By the 1960s some of the churches declined in enrollment so the Colcord, Dorothy, and Ameagle churches combined. In 1980 the Church property was transferred to the Parkersburg Presbytery. 1