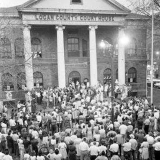 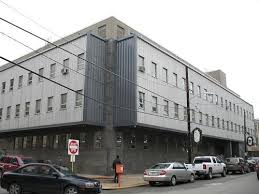 Newspaper clipping from The Logan Banner, for a guilty verdict on on Clarence Stephenson for the murder of Mamie Thurman. (October 14, 1932). Accessed from Logan County Public Library microfilm collection on June 23, 2015. 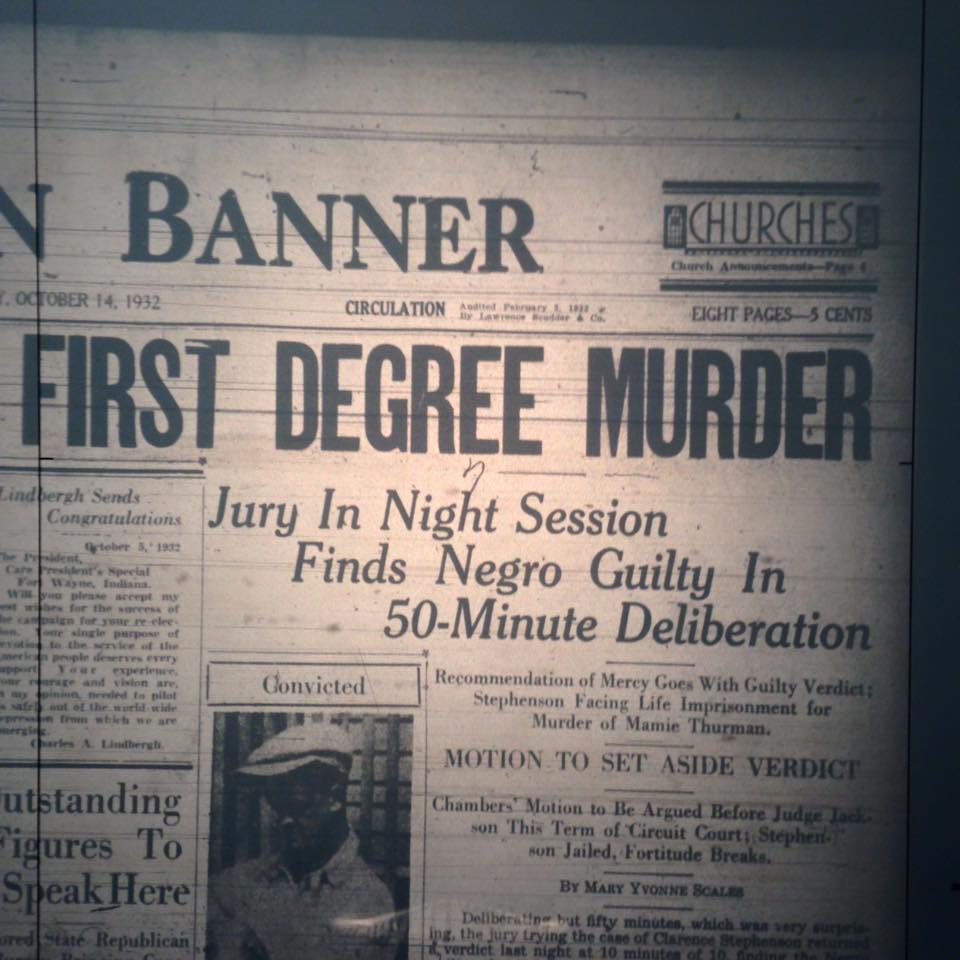 Newspaper clipping from The Logan Banner offering a $1000 reward for information leading to the conviction of whoever is responsible for the murder of Mamie Thurman. (Circa 1932) Accessed from Dwight Williamson Facebook account on June 24,2015. 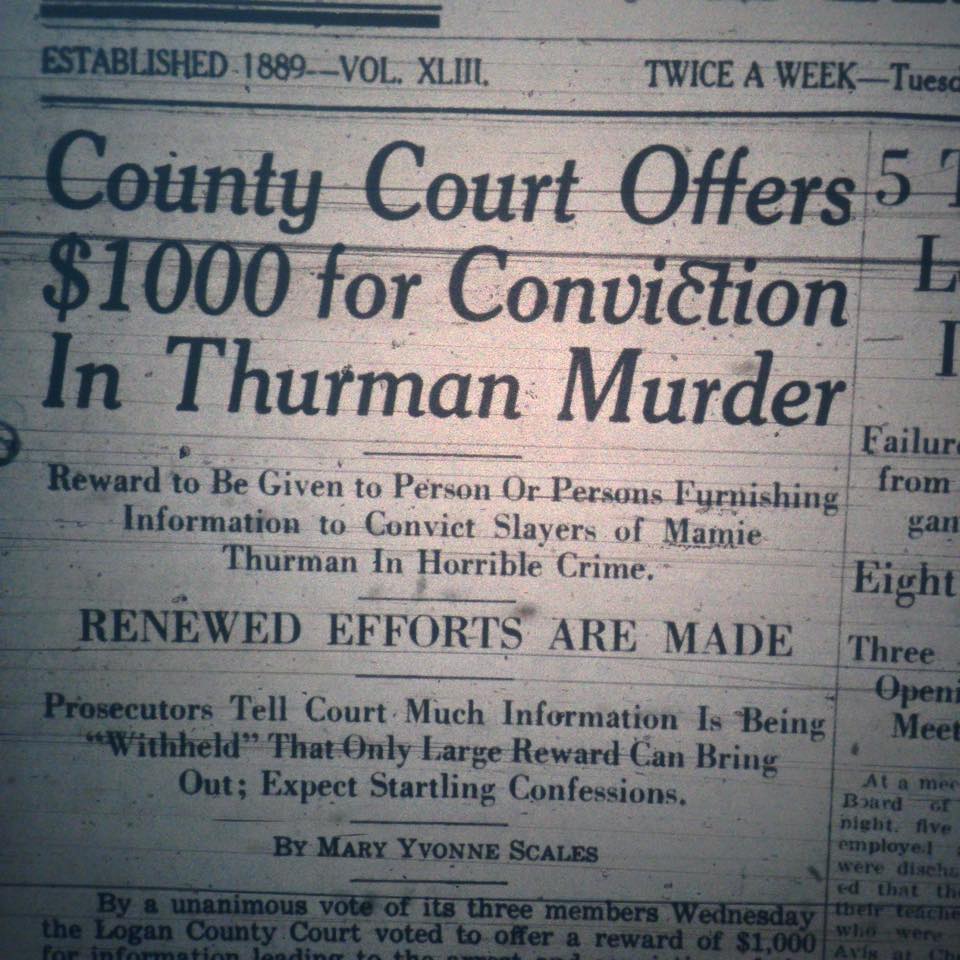 The Logan County Courthouse has been home to many famous cases such as the legendary Mamie Thurman trial in 1932, where Clarence Stephenson was charged with her murder even though many individuals in Logan County still do not believe that Clarence Stephenson was the actual murderer to this day.
The Logan County Courthouse was also in more recent times the place where the Megan Williams case that caught national attention was held in 2007.  Megan Williams would later recant her claims of rape, torture, and kidnap in the racist attack; however the conviction was based on physical evidence that was found in the case.  According to West Virginia Blogpost News, the Sheriff during this time W.E. Hunter stated that “in his 30 years of law enforcement, he’d never seen anything like this. It’s something that would have come out of a horror movie." Others said, "The depravities and atrocities done to this young woman is nothing short of sick, perverted and sadistic." (WV News Blog)