The John Brown Museum traces its origins back to a simple log cabin built in 1855 by a man named Samuel Glenn. Located in Osawatomie, the cabin was purchased by Congregational pastor Samuel Adair and his wife Florella--the half-sister of the famous abolitionist John Brown. Several of John Brown's sons joined the Adairs in Kansas during the period of conflict over slavery known as "Bleeding Kansas." The problems his sons were experiencing led to John Brown joining the family in Osawatomie, where he encountered many like-minded anti-slavery settlers eager to rebel against the pro-slavery government.

Photo of the original cabin 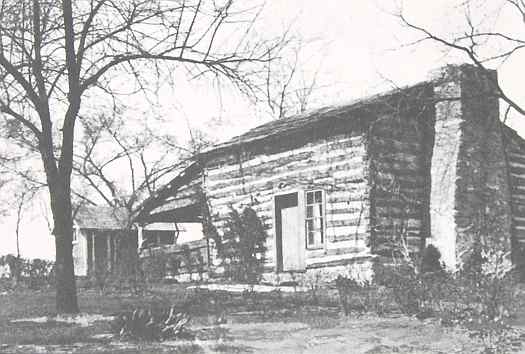 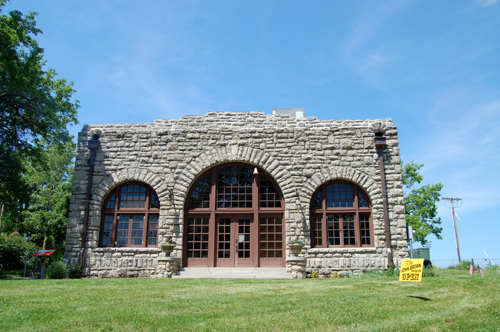 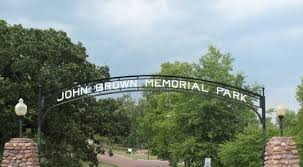 Learn more about the history of Bleeding Kansas with this book from the University Press of Kansas and other sources below. 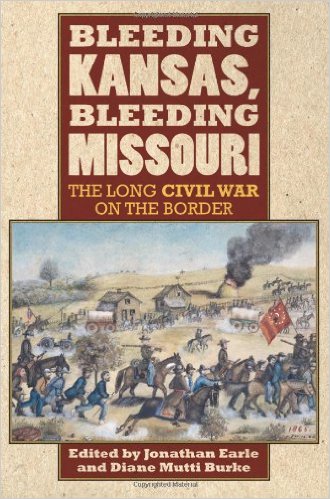 Samuel and Florella Adair moved to Osawatomie, Kansas, to settle and begin the first Congregational church in the town.  Due to advertisement in northern newspapers, several other pioneers arrived as well, hoping to keep the territory anti-slavery.  However, with a pro-slavery government and the movement into the area of those from the bordering state of Missouri who favored slavery, the inhabitants of Kansas struggled to find the peace they sought.  The well known abolitionist John Brown was half-brother to Florella Adair, and shortly after the Adairs' arrival in Kansas, five of Brown's sons followed the couple.  Illness and strife soon had Brown heading to Osawatomie to help his children.

Although John Brown did not intend to stay in Kansas, he did spend 20 months there.  Finding a sympathetic ear in the Free-state men of the area, he was able to express his abolitionist ideas.  While in Kansas, Brown was a frequent visitor to the cabin.  From time to time, he used the cabin as a sort of headquarters from which to conduct his anti-slavery agenda, and it is rumored that the back room of the cabin served a s hide-out for runaway slaves from the south.  During this time, Brown and other Kansas settlers engaged in skirmishes over the issue of slavery, particularly against men from the pro-slavery border state of Missouri.  In one instance, Osawatomie itself was attacked and burned, however the cabin remained unscathed.

After serving as a Chaplain at Fort Leavenworth during the Civil War, Samuel Adair returned home to Osawatomie.  Unfortunately, he lost his wife Florella to illness in 1865.  After his death in 1898, the cabin went to his son, Charles Storrs Adair.  Fourteen years later, the John Brown cabin was deconstructed and moved to its present location in John Brown Memorial Park- the site of the battle of Osawatomie in which the town was burned.  In 1928, a stone surround was built to protect the cabin and ward off further deterioration.  Today, the cabin is the site of the John Brown Museum.  Visitors can tour the cabin and see the low ceilings and original domestic artifacts belonging to Samuel and Florella Adair.