The Lewis and Lucretia Taylor House Museum of African-American History, Culture and Civil Rights is located in the Frenchtown neighborhood of Tallahassee and offers a variety of historic exhibits and collections related to the long struggle for racial equality in Florida. The museum also holds collections of newspapers, magazines, historical photos, and artifacts related to the Taylor family, early educators and leaders in the city's African American community. After almost being demolished in 1995, the Tallahassee Urban League purchased the property in 2011 and restored its original Victorian-Era appearance. In recognition of these efforts and the home's significance, it was added to the Register of Historic Places. 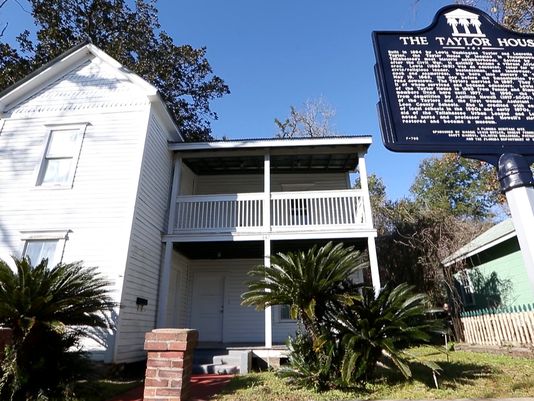 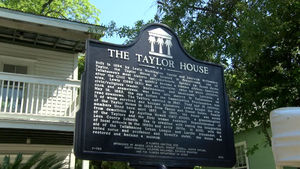 Some of the photographs in the Taylor House Museum

The Taylor House was constructed in 1894, by Lewis and Lucretia Taylor. The Taylor couple, an educator and a master cook respectively, would go on to have 13 children, all of who would take after Lewis in becoming educators. Aquilina Howell, a granddaughter of the couple, who was born and raised in the Taylor house, would go on to be a successful community leader with 43 years of service as an educator. She would also become the first female assistant superintendent in the Leon County school system. As an educator and leader, Mrs. Howell became a leader in the movement to desegregate the schools of Tallahassee.

The home was almost destroyed, but thanks to the efforts of the Urban League, the home was restored and opened as a museum in December 2011. The Tallahassee Urban League purchased and restored the house to the original appearance from 1894. In December of 2013, a mere 2 years after the museum opened its doors, the Taylor House Museum became Frenchtown's first Historic Site. On July 27, 2012, the museum was deemed a Florida Heritage Site by the Florida Department of State.

The Taylor House Museum is home to many exhibits. As a predominantly civil rights museum, there's many collections and exhibits that focus on the individuals who were key players in the fight for civil rights in Frenchtown, such as: Rev C.K. Steele, Aquilina Howell, and Anita F. Thompson, just to name a few. There's also a focus on the family that originally created the house: the Taylors. One exhibit in particular made a big impact on the museum, however: Harry T. Moore.

The Harry T. Moore exhibit, released back in 2011, showcased martyr's life, struggles, and successes. Some of the many triumphs for Moore included: "registering African-American voters, investigating lynchings and police brutality toward African-Americans, and fighting for equality for black teachers and students" (Taylor). Harry T. Moore, like many others, were key players in the battle for Civil Rights, but Moore was definitely focused on Florida's progress. The museum serves as an important reminder of how far the city of Frenchtown, as well as the community of Tallahassee and the state of Florida has come in the fight for civil rights. The Taylor house was also used as a shelter for survivors of Hurricane Katrina.