The Owl Creek Mounds are comprised of five man-made plateau mounds, which are suspected to have been built between 1100 and 1200 AD. Multiple mounds have been destroyed, but two, which are owned by the U.S. Forest Service, have been preserved and are open to the public. The largest is 17 feet high and is believed to have been used for ceremonial purposes as well as the residence of high-ranking members of the community, such as chiefs.

the platform mound, the largest of the mounds at the site 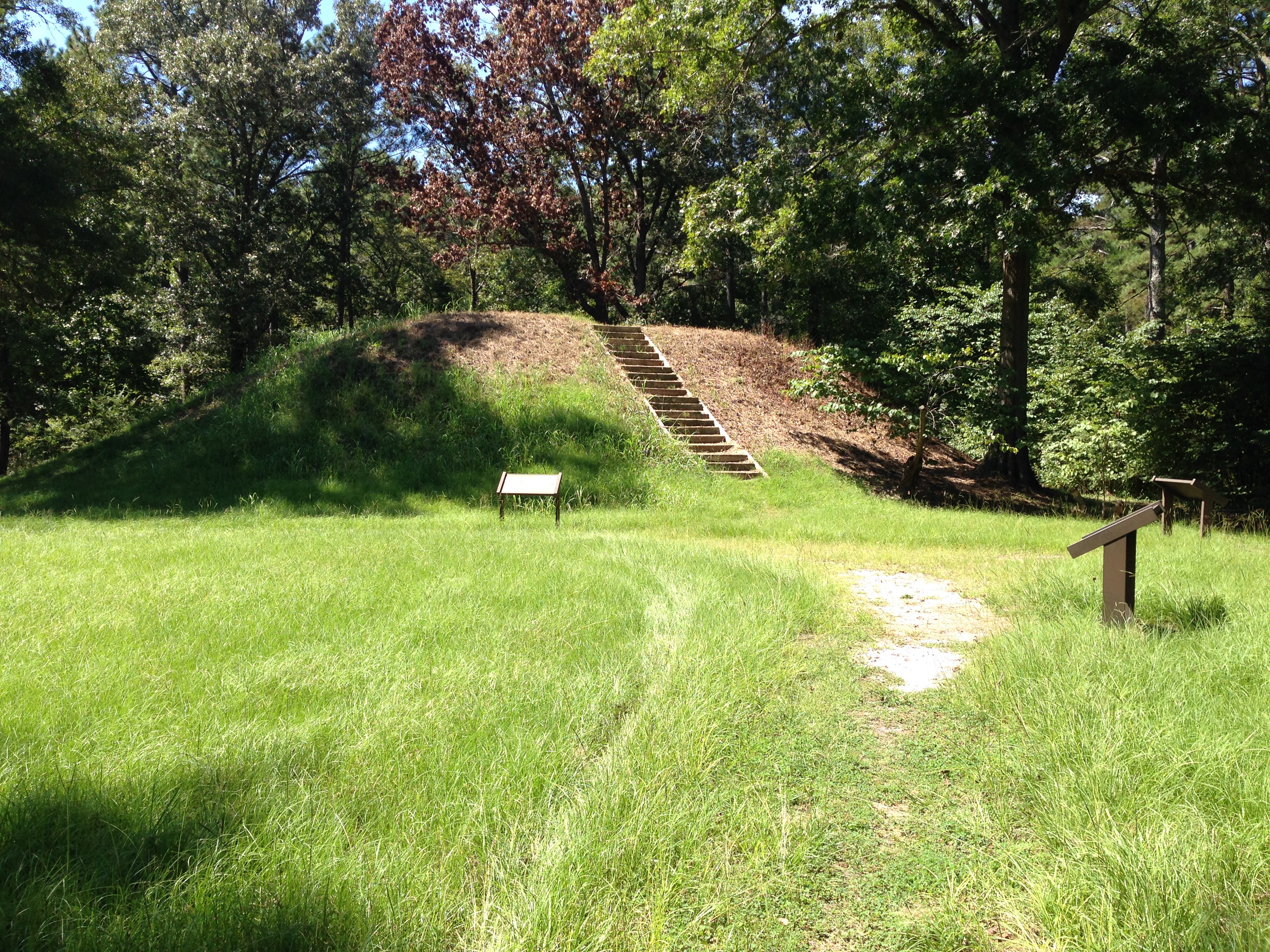 The crescent mound at the Owl Creek site

The Owl Creek Mounds site is located in Tombigbee National Forest, three miles west of the Natchez Trace Parkway. The site originally contained five mounds, a central plaza, and a village area. However, only two mounds remain today. These mounds are now protected and open for visitors, with interpretive panels depicting the history and culture of the mounds.

It is believed that the Owl Creek Mounds were built 800 to 900 years ago, between 1100 and 1200 AD. It also appears that the ceremonial site was only used for 100 years, a relatively short timeframe in comparison with other mound sites in the area. The short lifespan of the Owl Creek Mounds gives archaeologists insight on a very specific timeframe, allowing them to study the period after the site's creation in great detail.

The platform mound is the largest of the mounds at the Owl Creek site. The mound is believed to have been used for a temple or elite residence, meaning that it was of great significance during its use. Two of the other mounds also contained structural remains, but the low presence of habitation debris in the area suggests that few people inhabited the site long-term.