The San Ildefonso Pueblo is a federally recognized tribe and is self-governing. Today, it is part of the the Santa Fe, New Mexico Metropolitan Statistical Area and was originally established circa 1300 CE. In Tewa, the Native language, the name is P'ohwhóde, which means "where the water cuts through." This likely refers to the way the Rio Grande flows through the nearby mountains. 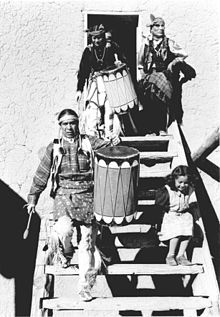 An example of Black-on-Black pottery 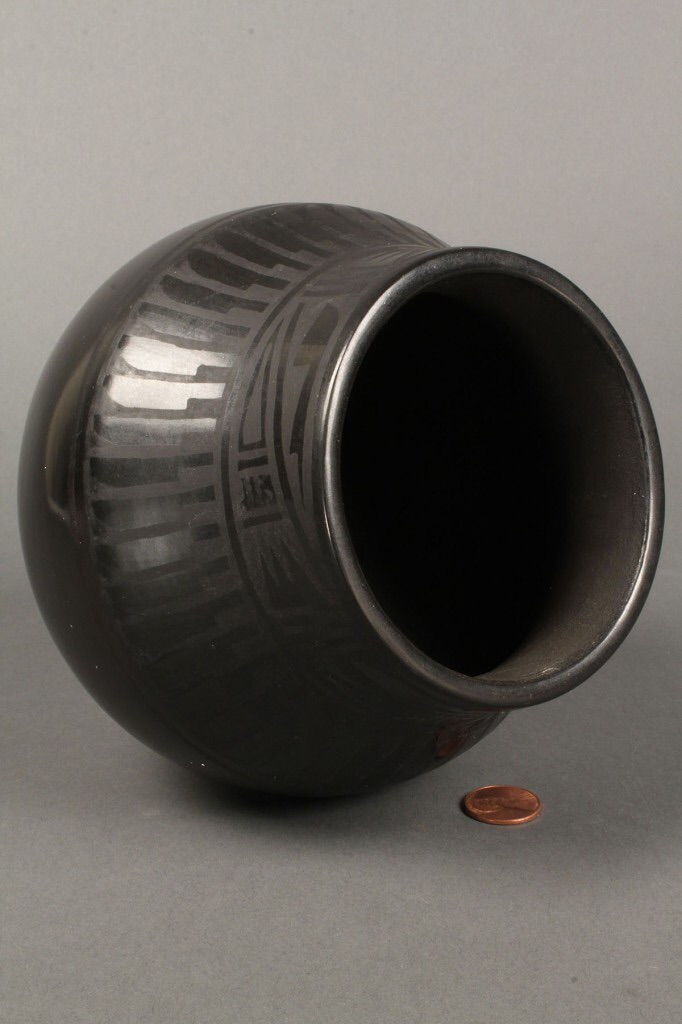 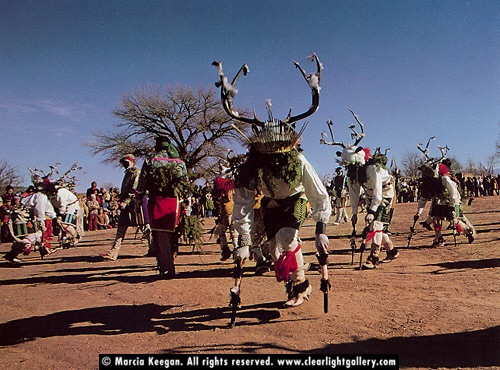 San Ildefonso was founded when people migrated fro the Mesa Verde Complex in Southern Colorado. During the seventeenth century, the Spanish conquistadors tried to contain the native people and force their own customs and culture on them. This led to the Pueblo Revolt of 1680. Although this conflict led to the eventual surrender of the native people, the Spanish did grant them freedom of religion and some self-governing rights. In the present-day, the Pueblo is self-governing. Their government consists of a governor, the executive branch, and a tribal counsel, the legislative branch.
The Pueblo functioned largely on an agriculture-based economy until the early twentieth century. It was at this time that the husband and wife Maria and Julian Martinez rediscovered the traditional art of Black-on-Black pottery. The Pueblo became famous for this and from this time on became focused on the tourism industry.
In 1908, Edgar Lee Hewett, professor of archaeology and the director of the Laboratory of Anthropology in Santa Fe, uncovered examples of ancient Black-on-Black pottery. Hewett wanted to find a potter who could recreate this style and create pieces for museums as well as pass down and preserve this ancient art form. He turned to Maria Martinez, who was known in the area as a skilled potter.
It was difficult for Maria to re-create this long-forgotten art form at first. She initially had trouble recreating the deep Black color, as most of the clay in the surrounding areas was not naturally that color. From watching the Tafoya family of Santa Clara Pueblo, Maria learned how to create this color through a process called vacuum induction. In this process, the fire used to fire outdoor pottery is smothered. This traps the smoke and causes the clay to turn Black.
Although most traditional festivals and rituals are completely closed, there are a few that may be attended by the general public. One such holiday is the San Ildefonso Feast Day, which happens every year on January 23.