Built in 1918 in Alturas, California, the Nevada-California-Oregon Railway Co. General Office Building served the company's headquarters for several decades. Its architecture combines the Mission and Spanish Colonial Revival styles. It has been an Elk's Lodge since 1974. Meetings take place on the second and third Thursday of every month. The build was added to the National Register of Historic Places in 1974. 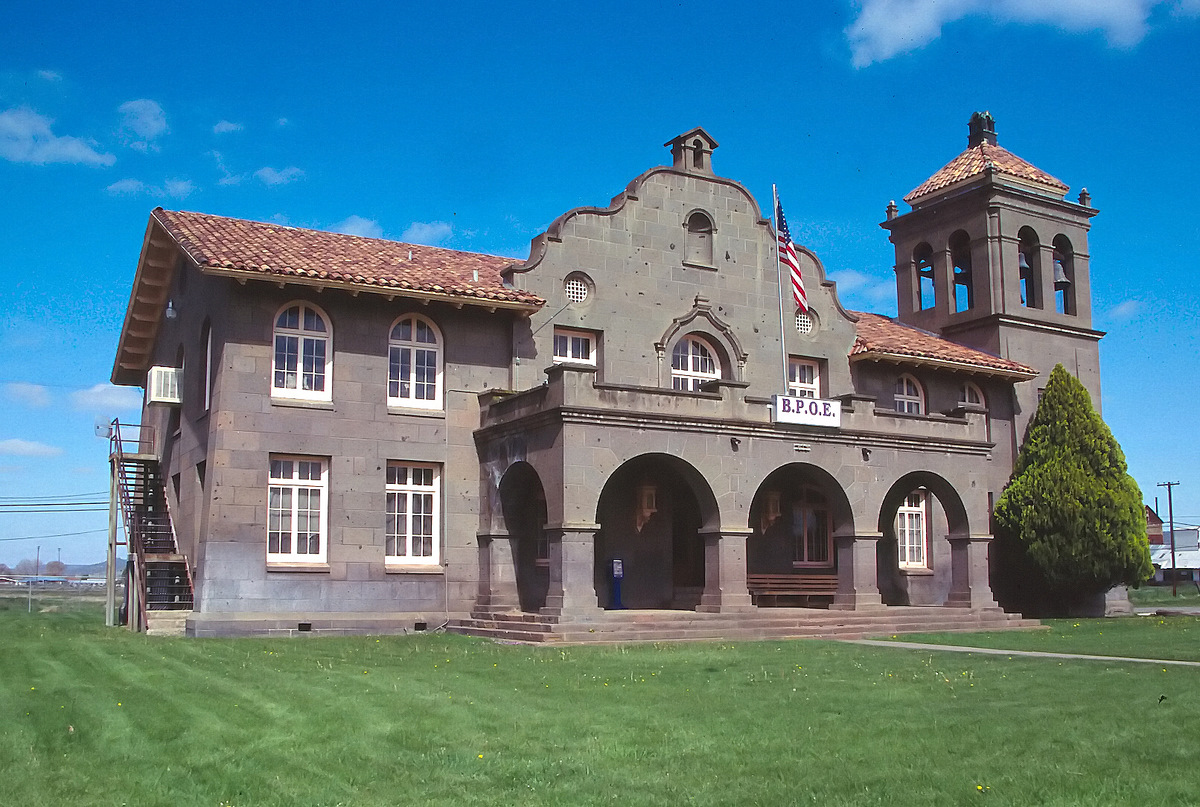 In 1880, the Nevada-Oregon Railway company was founded and four years later the name was changed to the Nevada-California-Oregon Railway Company. Passenger service didn't arrive in Alturas until 1908. The company's headquarters was located in Reno, Nevada and had to be relocated in 1917 when the rail line from Reno to Hackstaff, California was sold.