In the same year that the town of Oak Hill was incorporated, the White Oak Railway Company established a depot to serve as a checkpoint and weigh station for the White Oak Coal Company. It is the oldest building in Oak Hill. This depot doubled as a passenger station until after World War II, and enabled the economic development of Oak Hill, which soon became the social and commercial center of Fayette County. The depot was operated by Norfolk & Southern Railroad from 1957 to 1983, when the station was shut down. After decades without a permanent occupant, a local grocery opened in the depot in 2015 in an attempt to revitalize and repurpose the historic structure. 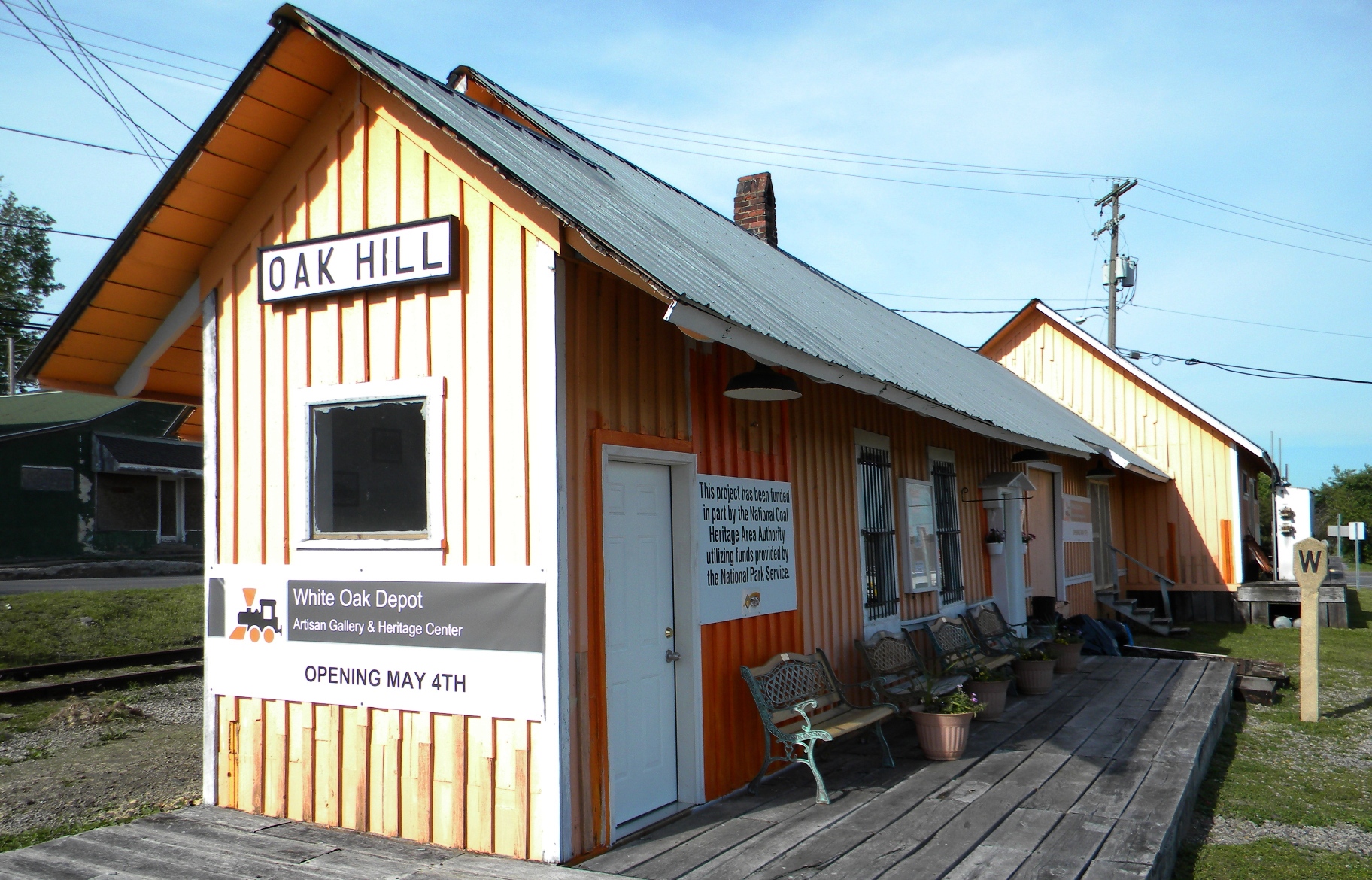 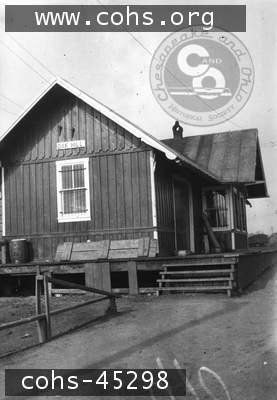 WV Historical Marker for the depot. 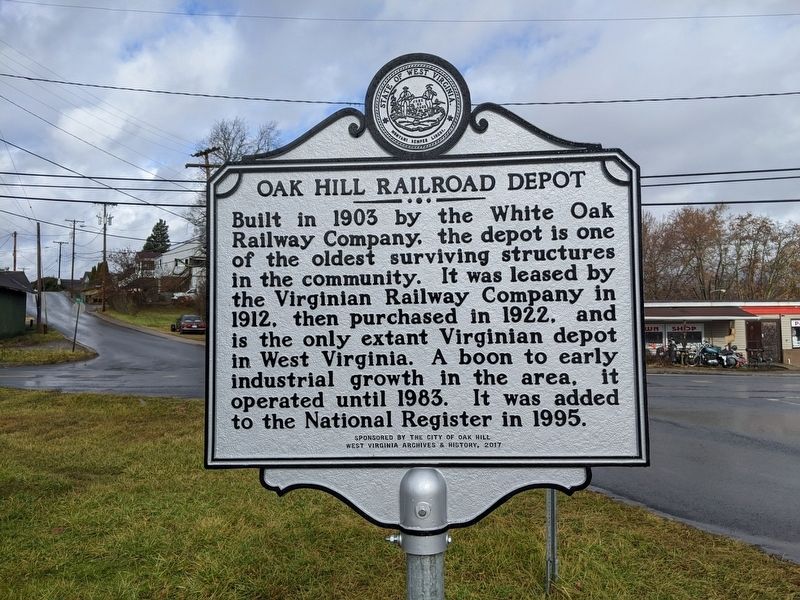 The restored station, operating as Depot Produce & More, decorated for Halloween in October 2017. 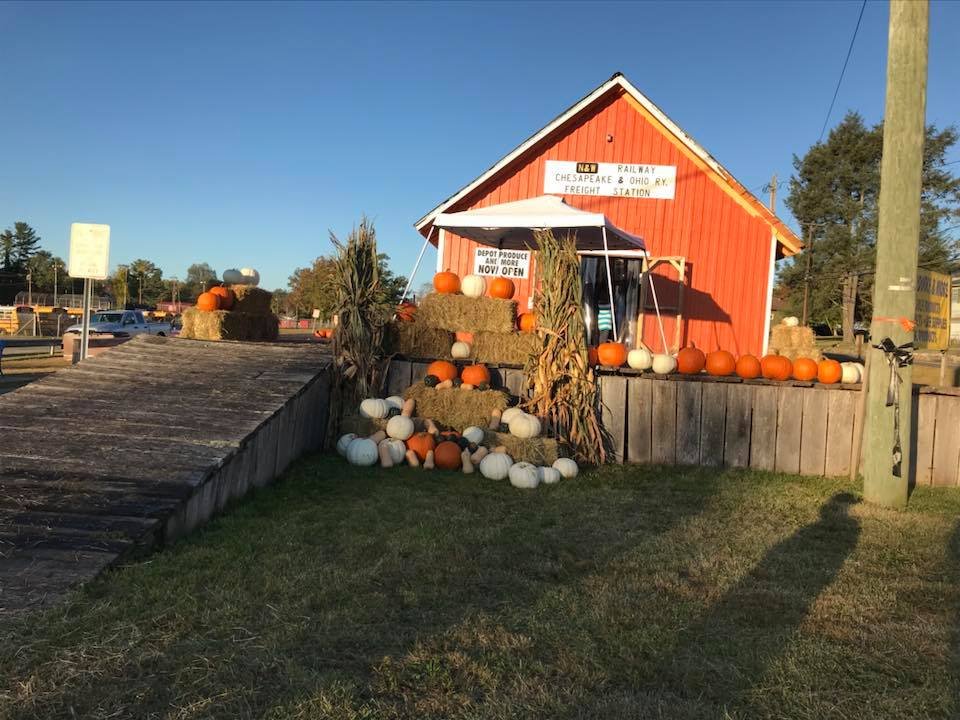 Restoration of the passenger and freight platform, 2018. 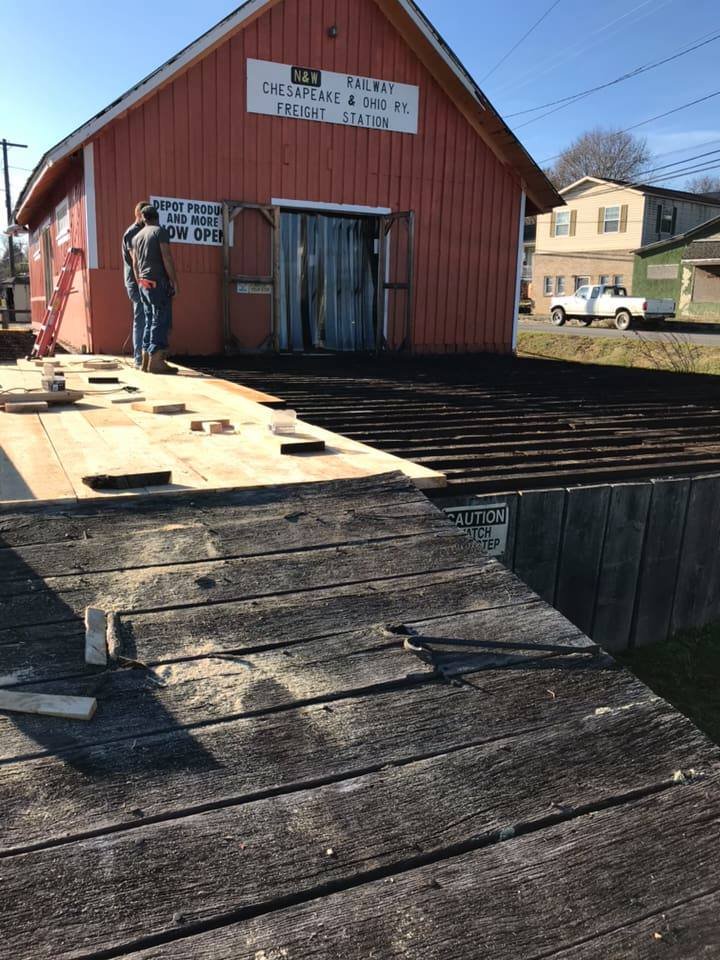 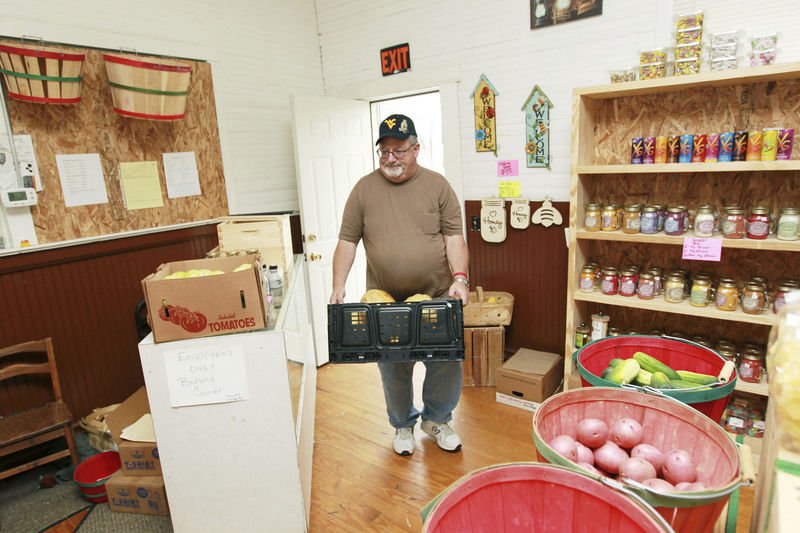 Oak Hill was incorporated on February 25, 1903, and the White Oak Railway Company constructed a branch line through the town in the same year. The depot was built about an eighth of a mile from the Giles, Fayette, and Kanawha Turnpike, which would eventually be Main Street in Oak Hill. The depot and line were constructed here because of the coal industry in Fayette County. Before the establishment of the Oak Hill Depot the town was sparsely populated, and went from 237 in 1900, to 764 in 1910, to 1,037 in 1920. Once a small farming town, Oak Hill became a commercial center with the installation of the White Oak Railway. Oak Hill was nearly unaffected by the Depression due to the local coal industry, and surpassed Thurmond and Mt. Hope and became the social center of Fayette County in the 1940s.

Oak Hill itself was never a mining town, but merely a checkpoint for counting coal cars and tonnages and to serve as a passenger and freight station. The White Oak Coal Company was formed by Colonel Samuel Dixon, a coal operator and entrepreneur, who purchased large undeveloped tracts of property to mine coal; he formed the White Oak Railway Company to connect all his purchased land. In 1905, White Oak Coal Company became the New River Fuel Company, then New River Coal Company in 1905. When Dixon retired in 1913, the New River Coal Company was the largest producer of coal in the New River coal fields. The coal mined in this region was highly profitable because of its high heat output and low smoke and ash.

In 2015, the Oak Hill City Council voted to lease the Depot to a local farmer to set up a small grocery and fresh produce store. As of 2017, the business had continued to grow--the first long-term tenant in the station since its closure in 1983.