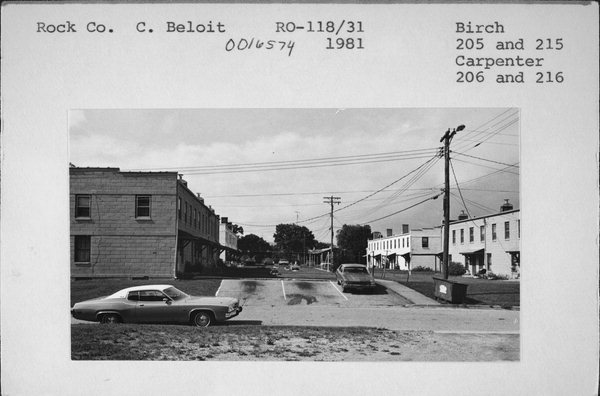 A more recent picture of the Flats taken after they were restored. 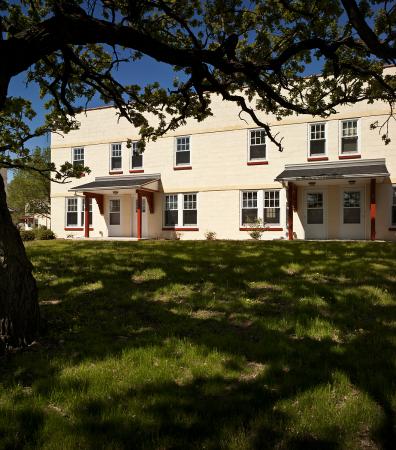 These buildings were constructed in 1917 by Fairbanks Morse, an engine manufacturer who was in need of workforce housing. During this time, the number of African-American working in Beloit grew from six in 1915 to 250 in 1917. The flats housed blacksmiths, molders, oilers, and at least one foreman. This became the central area for the black community in Beloit and shortly after they were constructed, Morse brought J.D. Stevenson from Tuskegee Institute to found a black YMCA near the Flats (ICMA).

Through the years, Fairbanks Flats was home to hundreds of African American workers in Beloit, but eventually Morse was no longer in need of the property. The flats switched between many owners and was extremely neglected. African Americans moved to other areas in the surrounding community, and the building deteriorated. This deterioration became so severe that it became a problem for the surrounding area. By the 1990’s the property was vacant (ICMA).

In November 1999, the city purchased the flats in order to avoid continued deterioration. They initially wanted to demolish the buildings but were met by the dismay of community members who wanted to preserve this important piece of history. The city and other interested parties took seven years to evaluate all of the possible options for this property, until 2006 Gorman & Company approached the city with the idea of creating quality, affordable housing in Beloit. In April of 2007 Gorman was awarded tax credits towards this project and the renovation began (ICMA).

While restoring the historic feel of the buildings, they created sixteen rent to own row homes out of the initial twenty four units the building initially housed. The homes are for people with low to moderate incomes and those with disabilities. Gorman & Company worked with the Wisconsin Department of Health and Family Services to provide adaptive technology for residents with hearing disabilities. Today the flats are rented to anyone regardless of where they work or their race, but they still remain a predominantly African American complex, as they are in the heart of Beloit’s black community (ICMA).