Academy for the Love of Learning (Seton Castle and Village)

Before this property became the Academy for the Love of Learning, it once belonged to author and naturalist, Ernest Thompson Seton (1860-1946). Seton was one of the leading pioneers of the modern school of animal fiction writing, and a majority of his books revolved around his adventures in nature. In addition, Seton was one of the founders of the Boy Scouts of America, and he wrote the official Boy Scout Handbook. In 1933, Seton designed and built a 32-room castle and made it his principle home. Between the mid-1930-1945, Seton built several adobe homes and educational facilities, and In 1946, the area surrounding Seton's castle and buildings became Seton Village. The village was an unincorporated community, and in 1965, it was designated as a National Historic Landmark District. In 2003, the Academy for the Love for Learning, a non-profit organization that focuses on providing educational programs for people of all ages, purchased the ruins of Seton Village and Seton's castle to serve as its campus.

The Legacy of Education Continues: The Academy for the Love of Learning 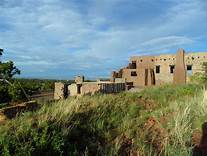 The Man Behind the Castle: Ernest Thompson Seton 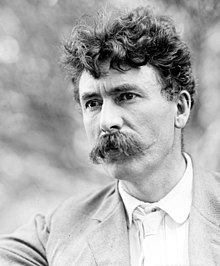 Blast from the Past: The Seton's Castle 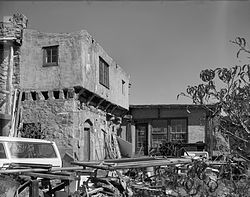 The Founder of the Organization: Leonard Bernstein and Aaron Stern 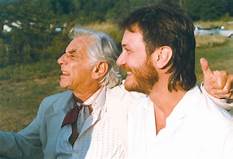 Ernest Evan Thompson was born on August 14, 1860 in South Shields, England to Scottish parents. When he was six years-old, he and his family moved to Ontario, Canada. During his childhood, he would draw animals and write short stories about animals. Later on, he changed his name to Ernest Thompson Seton, and in order to further his career as a writer and artist, he moved to New York City. Seton pioneered the modern school of animal fiction writing. Throughout his career, Seton wrote several books about animals and his adventures in nature, such as Wild Animals I Have Known (1898), Tito: The Story of the Coyote That Learned How (1900), The Birchbark Roll of the Woodcraft Indians (1906), and Wild Animal Ways (1916). In 1896, Seton married American author and suffragist, Grace Gallatin Thompson Seton (1872-1959, and the two had a daughter, Anya Seton (1904-1990). Anya followed her father's footsteps and became an author herself. In 1902, Seton founded the Woodcraft League, an organization that influences US youth to learn about and preserve nature. and Eventually, Seton met British army officer and the first Chief Scout of the Scout Movement, Robert Baden-Powell, and the two along with other scouts founded the Boys Scouts of America in 1910. Seton even wrote the first official Boy Scout Handbook. Seton was said to be responsible for the appropriation and incorporation of Native American elements into the tradition of the Boy Scouts of America. Ernest and Grace and divorced in 1935, and Ernest married his second wife, Julia Moss Buttree, and they adopted Juila's niece and an infant daughter.

After living in Manitoba, Canada for some time with his brother, Seton purchased 100 acres in Santa Fe, New Mexico in 1933. He built and designed a 32-room castle, ,earring at 6,900 square feet. Around the castle, Seton built several training camps for youth leaders, adobe houses, and educational facilities. Near the castle, members of the Woodcraft League built a Navajo kiva and hogan, which still exist today. In addition, Seton opened a print shop called Seton Village Press, but it closed down in 1943 due to WWII. Eventually, the castle and the adjacent buildings extended over 2,500 acres, and the entire area was established as the Seton Village in 1946. Compromised of all the buildings that Seton built between the mid-1930s-1945, the village was an unincorporated community, meaning that it was not governed by a form of municipal government, but rather managed through administrative divisions, such as cities and towns. In 1945, Seton passed away at the age of 86. Afterwards, Seton's castle became a National Historic Landmark and a New Mexico State Cultural Property. In 1965, the Seton Village was designated as a National Historic Landmark District. The village and the castle have a view of some of Santa Fe's most famous landscapes, such as the Jemez Mountains and Mount Taylor.

Later on in 2003, the Academy for the Love of Learning purchased the ruins of Seton Village and Seton's castle to be used as its campus. The organization was originally pitched by composers Leonard Bernstein and Aaron Stern in a 1971. Bernstein (1918-1990) wrote and composed music for movies, ballets, Broadway musicals, plays, but he was best known for creating the scores for West Side Story (1957). He also protested the Vietnam War, fought for Civil Rights, and hosted charity events for HIV/AIDS research. Stern was the the Dean of the American Conservatory of Music Chicago, and he crafted pedagogical techniques after observing how his students learned music. The two wanted to create a non-profit organization that provided educational programs for people of all ages. They wanted the organization's goal is to stimulate and support the rebirth of learning and education in the United States. In 1998, the Academy for the Love of Learning was founded eight years after Bernstein's death. The ruins of the village and the castle were eventually renovated, but a fire destroyed parts of the castle during a renovation job in 2005. The Academy for the Love of Learning fixed the castle and converted it into a contemplative garden. Currently, Stern is the president of the organization. There is an on-going project at the organization called the Seton Legacy Project. The project was deigned to maintain and collect artwork and archives pertaining to Ernest Thompson Seton. In 2011, the Academy Campus and an art gallery were established and opened to the public. There are numerous educational programs at the campus that cultivate individuals' critical thought, curiosity, and imagination through research, organizational practices, and conferences.

The Academy for the Love of Learning. Accessed July 22nd 2020. https://aloveoflearning.org.