Shasta State Historic Park, located six miles west of Redding on Highway 299, was once a thriving town during the Gold Rush period. The park contains several ruined brick buildings, a few nearby cottages, and the restored Courthouse Museum located across the highway. The museum was restored to its 1861 appearance and contains the park's visitor center, historical exhibits and a collection of 98 paintings by California artists (of different ethnic backgrounds) dating from 1850 to 1950. The jail and the gallows have also been restored.

This row of brick building's is essentially all that is left from the town. 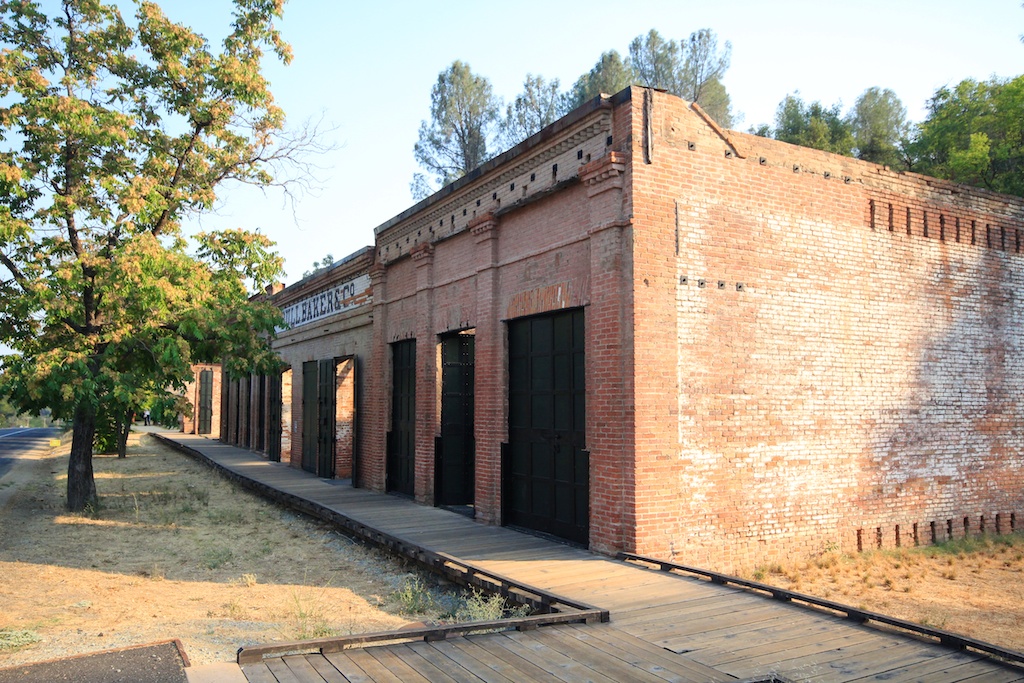 Major Pierson B. Reading was the first to find gold in a nearby creek and his discovery sparked the town's development. By the early 1850s, around $2.5 million dollars worth of gold had passed through Shasta (the town was first named Reading but the named changed to Shasta in 1850). Two fires destroyed most of the structures in those early years so residents decided to build brick structures.

Gold claims began to decrease in the 1860s and with the onset of stagecoach and freight rail in Redding, Shasta began to decline. Eventually all economic activity moved there and the county seat made the transition as well in 1888. The buildings in Shasta were abandoned and fell to ruin. In 1930s, local groups including the Shasta County Historical Society and local resident Mae Helen Boggs called for the preservation of Shasta. The town became the park in the 1930s and the Courthouse Museum opened in 1950. The museum's painting collection was donated by Boggs.