Barnard Observatory was built in 1859 and has served a number of purposes over the years. Today it houses the Center for the Study of Southern Culture. 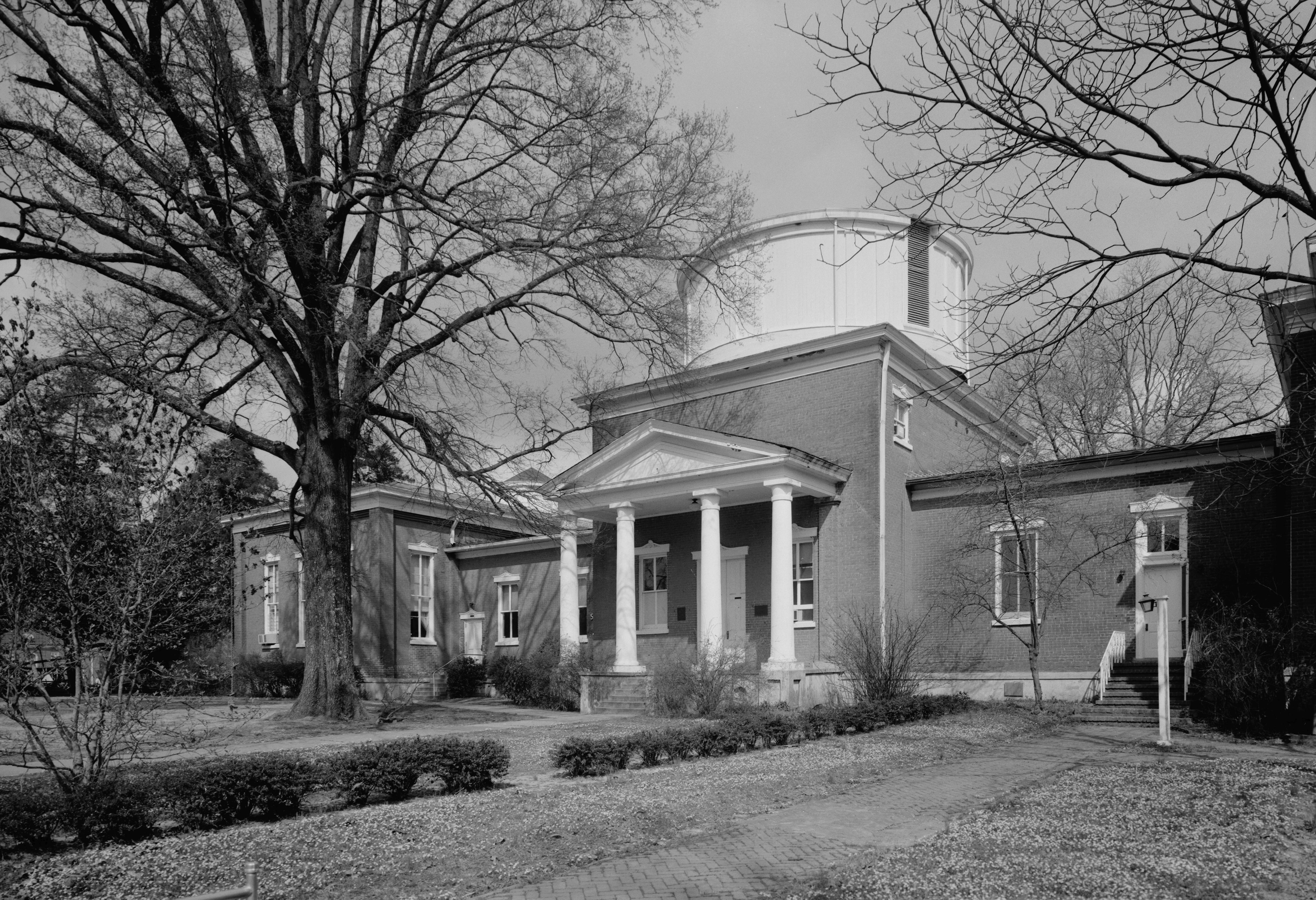 Fredrick A. Branard graduated second in his class from Yale University in 1828. After teaching locally for some years, he took the position of chair of mathematics and natural philosophy at Alabama University and remained there for 16 years. After Alabama University rejected his reform proposal in 1854, Branard seeked out the position of chair of the only decade old chemistry, mathematics, and astronomy departments at the University of Mississippi.In 1856, the position of university president became available and Branard's status as priest of St. Peter's helped him secure the presidency since many of the trustees of the university happened to be Episcopalian.

Though he was met with much criticism, especially from the religious community, since his plan for academia reform was nondenominational, most of Branard's suggestions were passed. According to the aforementioned webpage, "Barnard came closer to having his ideal university, when, in 1856, the state legislature allocated $100,000 to the university, to be paid over a five-year period. Barnard used this money to acquire a wide array of scientific instruments and, more importantly, to build the observatory that would be one of his most famous legacies at the university. Barnard Observatory was completed in 1859 [...] Barnard had plans to have the world’s largest telescope at the observatory, but just as the manufacturers, Alvon Clark and Sons, finished the instrument, the Civil War broke out and it was never delivered."

Barnard and his wife planned to move back to the north when the Civil War broke out in 1861, but combat made it extremely difficult and dangerous to travel and they were forced to remain in Norfolk, Virginia. Barnard became the president of Columbia University in 1864, and after his passing in 1932, his memory was celebrated with the establishment of a women's college named Barnard College of Columbia University.